The upcoming Maruti Suzuki Baleno and Hyundai i20 rival will launch in August 2019; will be powered by 1.2-litre naturally aspirated and turbo-petrol engines. 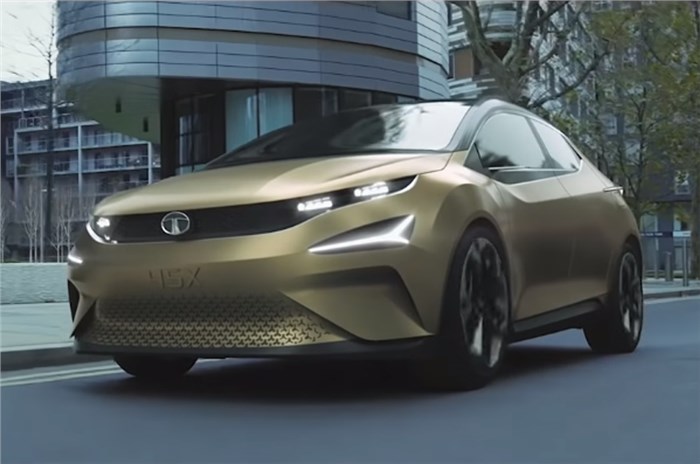 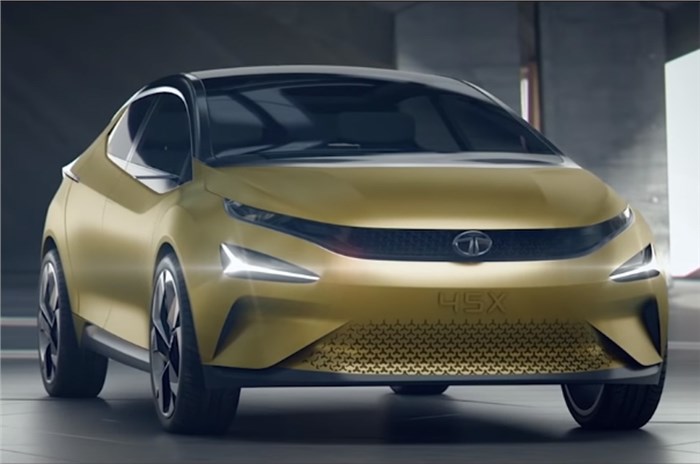 Tata Motors has confirmed today that the production version of its upcoming premium hatchback, codenamed 45X, will make its public debut at the 2019 Geneva motor show next month. The Tata 45X concept, which made its first appearance at Auto Expo 2018 and was also showcased at last year’s Geneva show, is the second model to sport Tata’s new Impact Design 2.0 language.

Spy shots of the production Tata 45X show a slimmer version of the ‘Humanity Line’ grille seen on the Harrier, large headlights, an angular front bumper, an upswept window line, and a prominent shoulder line. While the concept had oversized wheels and exaggerated wheel arches, the production-spec 45X is expected with more conventional wheels.

The dashboard of the production version of the Tata 45X will feature a free-standing touchscreen display and the expectation is that the car’s cabin will also be finished in relatively premium materials. Spy pics of the production 45X also show a part digital instrument cluster ala the Harrier and a T-shaped centre console.

The production-spec 45X is expected to have at least two engine options at launch – the 1.2-litre, three-cylinder naturally aspirated petrol motor from the Tiago (making 85hp and 114Nm in the smaller hatchback) and the 1.2-litre, three-cylinder turbo-petrol mill from the Nexon (producing 110hp and 170Nm in the compact SUV). It is unclear at this time whether the 45X will get a diesel engine; the high cost of BS-VI emission norm compliant diesel would make the car prohibitively expensive. A 6-speed manual gearbox is expected to be offered as standard at launch.

Shailesh Chandra on the Tata Curvv concept, appeal of cou...