The production-spec Hornbill is expected to debut at 2020 Auto Expo; new micro-SUV will sit below the Nexon in Tata Motors’ line-up. 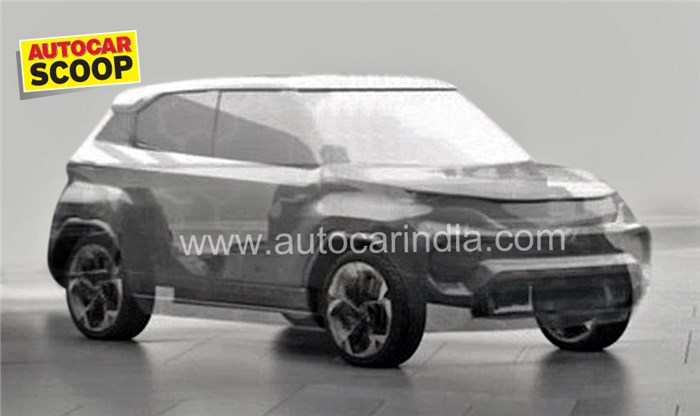 Tata Motors will be present in full force at the 2019 Geneva Motor show in March and will be taking additional space this year to display “five new products”, according to a company source. Tata Motors has traditionally used Geneva as a launch pad for its new concepts, ever since the company first took part in the Swiss motor show way back in 1999 where the Indica made its international debut. The big unveil for the 2019 show will be a micro-SUV concept (codename: X445) that’s known internally as ‘Hornbill’.

This new SUV will be Tata’s contender in the nascent micro-SUV segment and will slot below the Nexon in the company’s line-up. The Hornbill concept will hint at the production model, which will be aimed squarely at the Mahindra KUV100, the production version of the Maruti Future S concept and Hyundai’s all-new micro-SUV that is expected in 2023.

The Hornbill will be built on the carmaker’s Alfa modular platform that will also be shared with the upcoming 45X hatchback, but according to sources, the smaller micro SUV “will have a wheelbase that is around 50mm shorter.”  Tata Motors provided a glimpse of this SUV in one of its teaser videos during the 2018 Auto Expo, which indicates that the Hornbill will carry the Impact Design 2.0 styling language that made its debut on the Harrier. It will also have a more upright stance than the Nexon and overall less-rounded proportions to give it a distinct SUV look. You can also expect the Hornbill to come with chunky wheel arches, large wheels, a floating roof design and Tata’s signature ‘Humanity Line’ grille.

The Alfa platform has been designed to accommodate Tata’s 1.2-litre, three-cylinder Revotron petrol as well as the 1.05-litre, three-cylinder, Revotorq diesel engines, but it’s likely that, at launch, only the 1.2 petrol will be offered. “The cost of diesel engines will shoot up significantly after the implementation of BS-VI norms and we have to see if it makes sense to offer a diesel in the line-up” said a Tata Motors source.

Tata Motors is expected to unveil the production version of the Hornbill in February 2020 at the Auto Expo in Delhi, with a market launch later in the year.