Set to debut at the Geneva motor show in March and launch in India later this year, the Tata H7X has been caught testing on Indian roads. 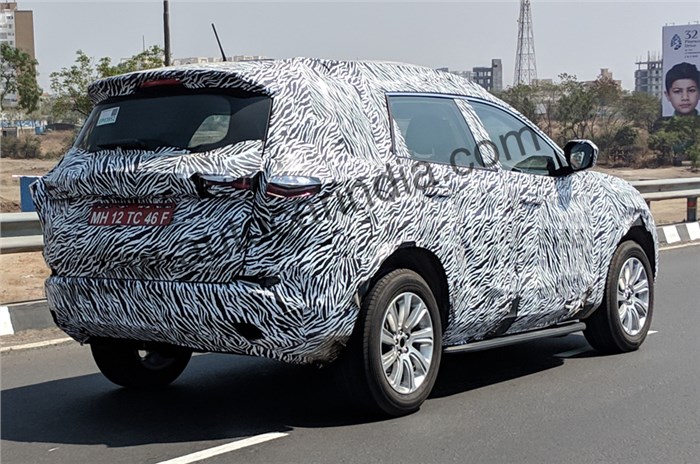 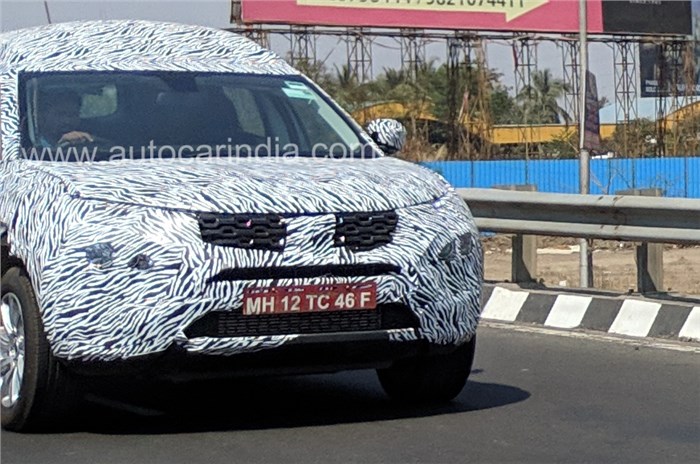 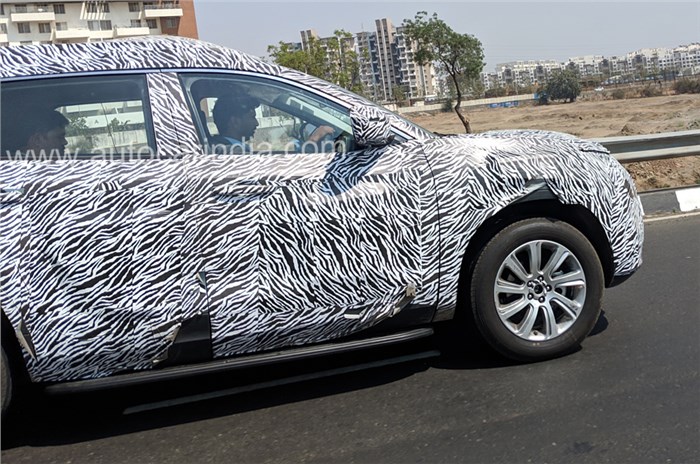 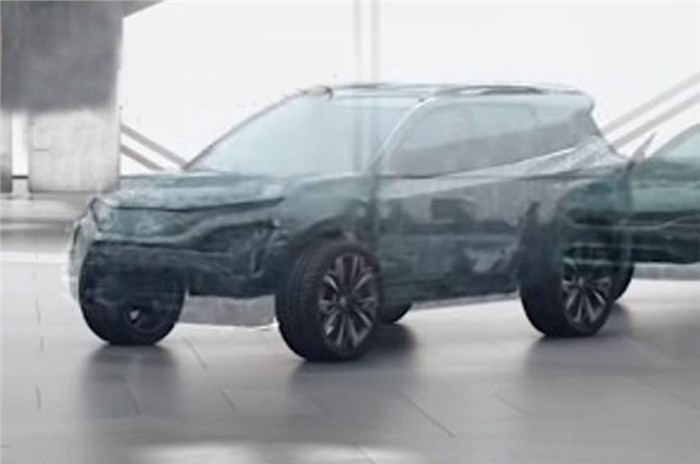 Since even before the launch of the Tata Harrier, people have wanted to know more about the H7X – or the Harrier 7-seater, as it’s more commonly known. With the promise of seven seats, a more powerful diesel engine and an automatic gearbox, the H7X is a more appealing option for many prospective buyers who are patient enough to wait for it. We’d earlier reported the Harrier 7-seater’s launch will happen in 2019, and now, we bring you exclusive pictures of the Tata H7X.

Several mules of the Harrier have previously been mistaken for the 7-seat Harrier, but this is the clearest look yet at the H7X, which has been spotted on test. Thanks to these fresh spy shots from Autocar India reader Rahul Khemka, we can now tell you a little more about what the Tata H7X will bring to the table.

While the face of the H7X looks more or less the same as the Harrier’s, things change a bit when you view it from the side. With its roof rails, the H7X looks notably taller than the Harrier, and it also sports running boards – which aren’t offered with the Harrier.

Interestingly, this particular H7X is also wearing the 18-inch, nine-spoke alloy wheels borrowed from the Land Rover Discovery Sport (something we’d first told you about in our Tata Harrier review), and Tata could look at providing bigger wheels on the H7X, which would doubtless add to its looks.

Move around to the back, and you’ll notice a boxy, more upright rear section designed to liberate more headroom for the third row passengers. The rear spoiler is more prominent, while the boot lid appears to be new, with a larger windshield. Heavy camouflaging means decoding any further changes is impossible, but expect some styling changes which will help distinguish the H7X from the Harrier.

Since the seven-seat Harrier will be based on Land Rover’s D8 platform – just like the five-seat model – making space for an extra row of seats won’t be too difficult. But in addition to being 62mm longer than the Harrier (overall length will be 4,660mm but the 2,741mm wheelbase will remain the same), the H7X will also get a larger rear-quarter glass, replacing the stylish ‘pinched’ window line.

The H7X should also be largely identical to the five-seat Harrier on the inside, but, of course, with a third row of seats. The inclusion of a third row will mean the seven-seat model won’t come close to matching the five-seat version’s 425-litre boot. Some features that could come with the addition of a third row could include additional AC vents for the rear-most passengers, cooled cup holders, USB charging points and it’ll be interesting to see if Tata also adds a recline function (as seen on the new Maruti Suzuki Ertiga) for the third row seats.

As we’d reported earlier, the seven-seat version of the Harrier will carry a different name in order to differentiate it from the five-seater.  It will also be equipped with a more powerful, BS-VI-compliant version of the Harrier’s 2.0-litre Kryotec diesel engine, which could make in excess of 170hp and 350Nm of torque. Transmission options for the Harrier 7-seater will include a 6-speed manual and a Hyundai-sourced 6-speed torque convertor automatic gearbox.

With the five-seat Harrier priced between Rs 12.69-16.25 lakh (ex-showroom, Delhi), expect the Harrier 7-seater to cost around Rs 1 lakh more when it launches later this year.

What about the H7X excites you the most? Let us know in the comments.