See how much you can save on the purchase of a new Tata vehicle; applicable on 2018 model year cars only. 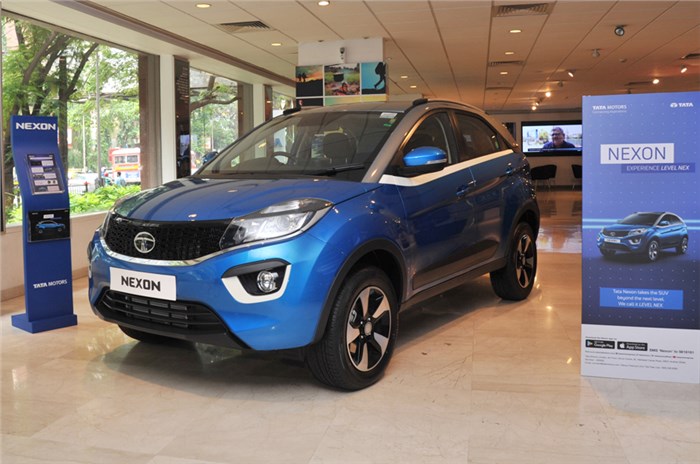 Even with the launch of the much-anticipated Harrier, Tata Motors has seen sales figures take a dip in the month of January. In a bid to attract more customers and to clear unsold stocks of the previous year, Tata dealers are currently offering discounts on select models from their range.

Save up to Rs 54,000
The Tata Tiago has been on sale since 2016 and competes with rivals like the Maruti Suzuki Wagon R and the Hyundai Santro. The hatchback, which is due for a facelift later this year, is powered by an 85hp, 1.2-litre petrol engine and a 70hp, 1.05-litre diesel mill. Both engines come coupled with a 5-speed manual transmission, while the petrol gets the option of a convenient 5-speed AMT gearbox as well. Dealers are currently offering benefits of up to Rs 54,000 on the 2018 stock of the Tiago. This comes in the form of Rs 15,000 exchange bonus and Rs 39,000 cash discount on purchasing the hatchback.

Save up to Rs 69,000
Tata’s stylish compact sedan, the Tigor, is sold in nine variants and is priced from Rs 5.42-7.51 lakh (ex-showroom, Delhi). The Tigor is based on the Tiago and is mechanically identical to its hatchback sibling. Buyers of the Tigor can avail discounts of up to Rs 69,000 on 2018 models of the sedan. Dealers are offering an exchange offer of Rs 25,000, along with Rs 44,000 as a cash discount. The Tata Tigor competes with the Maruti Suzuki Dzire, Hyundai Xcent and Honda Amaze in the compact sedan segment.

Save up to Rs 79,000
The Tata Nexon is one of the safest cars on sale in our market. The compact SUV secured an impressive five-star crash test rating from Global NCAP, making it the first made-in-India model to do so. Powering the Nexon is a 110hp, 1.2-litre petrol and a 110hp, 1.5-litre diesel engine – both of which can be had with either a 6-speed manual or a 6-speed AMT gearbox. The Nexon is currently being offered with benefits of up to Rs 79,000 on the 2018 stock. Buyers can avail an exchange bonus of Rs 25,000, along with Rs 54,000 as cash discount with the sub-four-metre SUV.

Save up to Rs 1.14 lakh
The Hexa is currently Tata’s most premium offering. The SUV is sold in seven variants and is powered by a 2.2-litre turbo-diesel engine that can be had with either manual or automatic transmissions. There’s also a four-wheel-drive version on offer. Dealers are offering a massive Rs 1.14 lakh discount with 2018 models of the Hexa. This comes in form of a Rs 30,000 exchange bonus on top of a Rs 84,000 cash discount.

2019 Tata Tiago facelift in the works