The Innova will get a sunroof for the first time; two petrol engine options expected. Launch early next year.

Just days ago, Toyota revealed the first teaser of the next-gen Innova Hycross (Innova Zenix in Indonesia) and now, we have got our hands on 3D renderings of the three-row MPV. The Toyota Innova Hycross adopts the family look seen on the brand’s global line-up of SUVs and crossovers, but the biggest revelation from the 3D renderings is that it will have a panoramic sunroof – a first for an Innova.

The leaked 3D renders reveal the sheet metal of the Innova Hycross. The upcoming three-row MPV will have a flat and upright bonnet with more prominent creases. The nose is characterised by a large, trapezoidal grille flanked by wraparound headlamps with L-shaped inserts. There’s also a black, contrasting trim headlining the grille. The front bumper gets large triangular housings for the fog lamps.

In profile, the Hycross will have a similar silhouette and glasshouse as the current Innova Crysta save for the redesigned rear quarter glass area. Like in the current model, the surfacing is plain, but it gets a prominent crease over the rear doors and fender. The bigger takeaway is the panoramic sunroof – a much-coveted feature among Indian buyers.

These 3D renderings, however, do not offer us a look at the rear design of the MPV, although previous spy shots have revealed an upright tailgate with horizontally positioned tail lamps.

As far as dimensions go, the Innova Hycross will be around 4.7 metres in length with a wheelbase of 2,850mm – making it slightly larger than the current Innova Crysta.

As reported earlier, the Innova Hycross will be underpinned by Toyota’s modular TNGA-C monocoque platform and will come in front-wheel drive guise, marking a major departure from the ladder-frame underpinnings and rear-wheel drive set-up seen on all Innovas so far. The monocoque architecture will enable the Hycross to get a flat floor at the rear, which will liberate more space.

The Innova Hycross will be available with two petrol engine options – a naturally aspirated petrol and a petrol-hybrid unit – similar to the Hyryder midsize SUV. More importantly, the Innova Hycross will not be offered with a diesel engine, again marking a key shift for its primary target audience.

Not much is known about the Hycross’s interior, although recent spy shots revealed a large floating touchscreen infotainment system. It’s also expected to see a step-up in quality and equipment over the current model with features like a 360-degree camera, wireless charging and even an 'ottoman function' for the captain seats in the second row. It will also continue to be offered in multiple seating configurations.

The Innova Hycross is expected to see its global debut in Indonesia, where it will most likely be called the 'Innova Zenix', sometime in the second half of November 2022. Prices announcement of the Innova Hycross in India can be expected by early next year. It will be sold alongside the Innova Crysta, which is currently only available with a petrol engine option. Importantly, the Innova Hycross will also spawn a Maruti derivative. 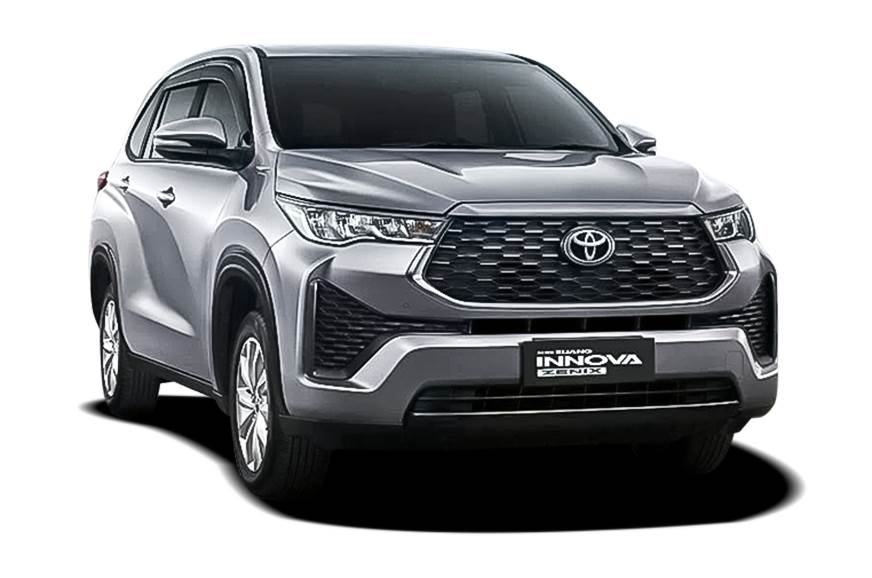