The updated Tiago manual’s ARAI fuel efficiency has dropped 4kpl. Here’s how the economy numbers of the hatchback compare to its rivals. 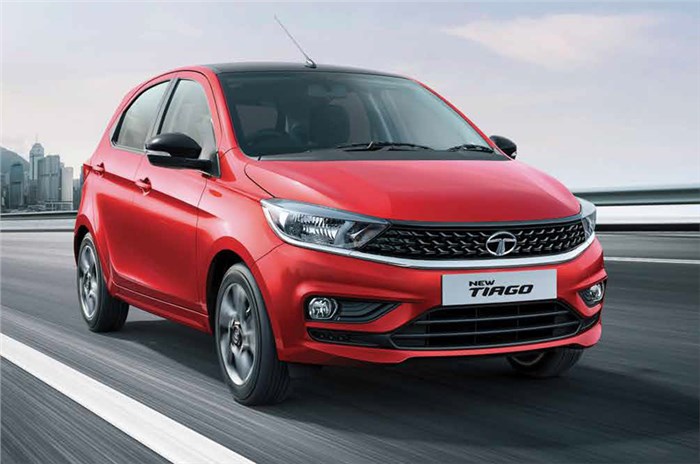 The Tata Tiago was recently updated with new styling and a BS6-compliant petrol engine. The engine in question is the 1.2-litre, three-cylinder, naturally-aspirated petrol engine, which, in its BS6 guise, produces 86hp (1hp more than BS4 version) and 113Nm (1Nm less than BS4 version) of torque. Tata continues to offer the Tiago with both a 5-speed manual and a 5-speed AMT automatic gearbox. The ARAI fuel economy figure for the petrol-manual combination has dipped by 4kpl when compared to the BS4 model and is now rated at 19.8kpl.

Off the current list of competitors, however, the Tiago is not the only BS6-compliant offering as the Hyundai Santro, Maruti Suzuki’s Celerio and Wagon R also comply with the more stringent emission standard. Only the Datsun Go is yet to receive a BS6-compliant engine.

How does the Tata Tiago manual compare on mileage?

From the table above, it’s clear that the Tiago’s fuel efficiency figure is the lowest among the BS6-compliant engines, at 19.8kpl. However, the Datsun Go has the lowest mileage overall as it delivers 19.72kpl, only a hair lower than the Tiago facelift. The most efficient model in the segment is the Wagon R with the 1.0-litre petrol, which is rated at 21.79kpl – just 0.16kpl higher than the Celerio. It is worth noting that the Datsun Go’s place in this comparison could change once it gets a BS6-compliant unit.

All the above mentioned cars are also offered with automatic gearboxes. The Tiago, Santro, Celerio and Wagon R come with AMT units while the Datsun Go is the only offering with a CVT gearbox.

How does the Tata Tiago compare on price?

In terms of prices, the Tata Tiago facelift’s starting price has increased by around Rs 20,000 for the XE variant though the difference is larger on the top-spec model, as the XZA+ costs Rs 45,000 more when compared to its BS4 counterpart.

The Tiago facelift is the most expensive hatchback in the segment as well, closely followed by the Hyundai Santro, which is about Rs 5,000-35,000 more affordable, depending on the variant. Comparatively, the Go has the most attractive starting price and costs about Rs 65,000 less than the base variants of both Marutis. However, the Datsun is the only car here that has not been updated to meet BS6 norms, which means a price hike is imminent.