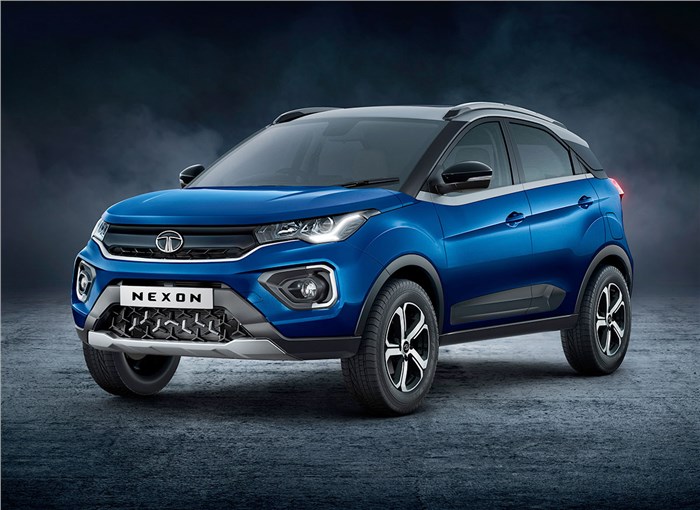 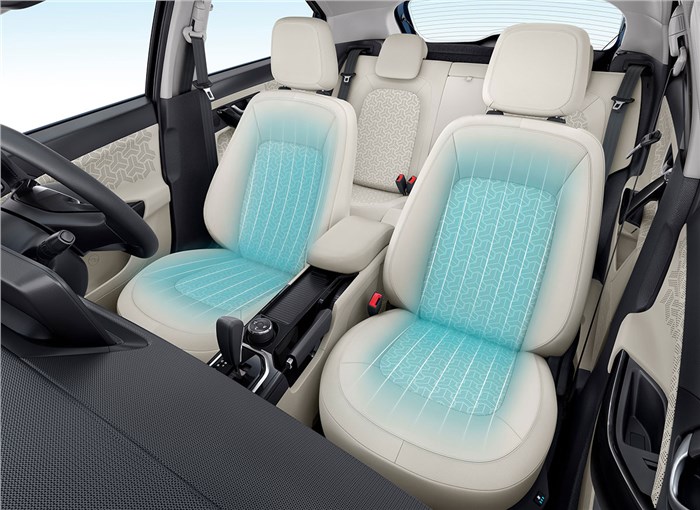 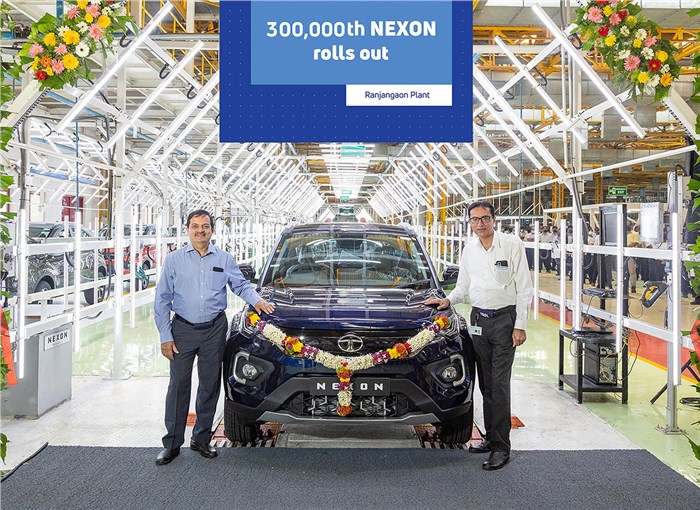 Tata has introduced four new variants for Nexon, prices for which start from Rs 10.87 lakh (ex-showroom). XZ+(HS), XZA+(HS), XZ+(P) and XZA+(P) will be equipped with new features not previously available on the standard Nexon, such as an air purifier, ventilated seats and auto dimming mirrors. This goes in line with our previous report that the compact SUV could gain new features from the Kaziranga editions.

The new variants mark the three-lakh units production milestone of the Nexon. The compact SUV had crossed the two-lakh unit milestone back in June 2021.

The new XZ+(HS) variant is available with both petrol and diesel engine options, as well as with the Dark Edition package. The carmaker has yet to share prices of the diesel and Dark Edition variants.

Priced at Rs 11.59 lakh and Rs 12.24 lakh respectively for the petrol-manual and petrol-AMT models, the Nexon XZ+ (P) is essentially the standard variant of the new Kaziranga editions. Like the latter, the XZ+ (P) and XZA+ (P) feature additional kit including ventilated front seats, Benecke Kaliko leatherette upholstery, an air purifier and an auto dimming interior rear view mirror. The new variants are priced about Rs 20,000 lower than the equivalent Kaziranga editions.

As with the new XZ+(HS) variants, these two variants too can be had with either the 1.2-litre turbo-petrol or 1.5-litre diesel engines and with the Dark Edition package.

Tata Nexon: What else is new?

The new variants aside, the Nexon is now also available in a new Royale Blue Paint shade. The rest of the variant line-up remains unchanged.

With the new trim levels, the Nexon is now available in as many as 40 variants, including the engine gearbox combinations and Dark and Kaziranga editions. As before, the compact SUV goes up against the Hyundai Venue, Kia Sonet, Maruti Vitara Brezza, Toyota Urban Cruiser and Mahindra XUV300.