The Nexon’s BS6-spec petrol and diesel engines are marginally more efficient than the old BS4-compliant versions. Here’s how the Nexon’s economy numbers compare to its rivals. 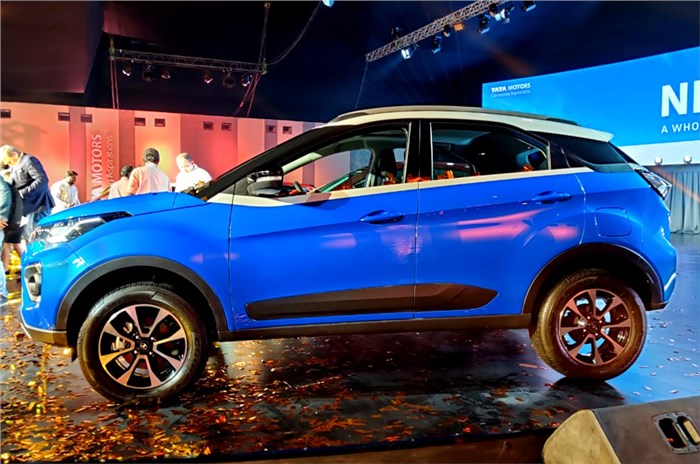 UPDATE: Here’s where you can buy the Nexon EV

Along with an updated look, the Tata Nexon has also made the switch to BS6-spec petrol and diesel engines. While the power and torque figures for the 1.2-litre turbo-petrol and 1.5-litre turbo-diesel engines remain unchanged, the BS6 units do boast marginally better fuel economy.  The 110hp, 1.2-litre turbo-petrol engine, when paired with the 6-speed manual, delivers 17.4kpl, while the 110hp, 1.5-litre diesel engine and 6-speed manual combination has an ARAI rated 22.4kpl. These figures are 0.4kpl and 0.9kpl more than their BS4-compliant counterparts.

As of now, the Tata Nexon and Ford EcoSport are the only models that have BS6-compliant petrol and diesel engines in the fiercely competitive compact SUV segment, though Mahindra’s XUV300 does come with a BS6 petrol engine. We’ve put all the sub-four-metre SUVs together, to find out where the BS6 Nexon stands in terms of fuel economy, on paper.

*Mahindra XUV300 mileage is for the BS4-compliant version

First things first, the Nexon petrol is the most fuel-efficient BS6-compliant compact SUV so far. However, the Venue – with the BS4-spec, 1.0-litre turbo-petrol engine – is the most fuel-efficient of the crop of petrol compact SUVs. The BS6 Ford EcoSport petrol posts the lowest mileage while the XUV300 petrol’s 17kpl figure makes it the median. The arrival of the Maruti Suzuki Vitara Brezza petrol (which will launch with a 1.5-litre petrol engine) could change the order rather soon.

Coming to the diesels, the BS6-compliant Nexon comes in at number 3, preceded by the BS4 Venue’s 23.7kpl and the BS4 Maruti Suzuki Vitara Brezza’s 24.3kpl. The EcoSport diesel in BS6 form isn’t the most efficient but trumps the BS4 XUV300’s figure by about 1.7kpl. It should be mentioned here that the Brezza will become a petrol-only model in the weeks ahead and the Venue’s 1.4-litre diesel engine will soon be replaced by a new BS6-compliant 1.5-litre unit.

Depending on the variant, prices for the Nexon petrol have risen by about Rs 20,000 due to the upgrade to BS6, the cosmetic changes inside and out and the increase in equipment levels. Nonetheless, the BS6 Nexon petrol is still priced quite competitively.

On the other hand, the updates to the Nexon diesel have seen prices rise by about Rs 50,000. This means that the top-spec BS6-compliant EcoSport diesel variant now undercuts the equivalent Nexon variant by about Rs 43,000. The Mahindra XUV300 is still the most expensive compact SUV you can buy right now and the Brezza maintains its position as the most affordable of the diesels – for now.