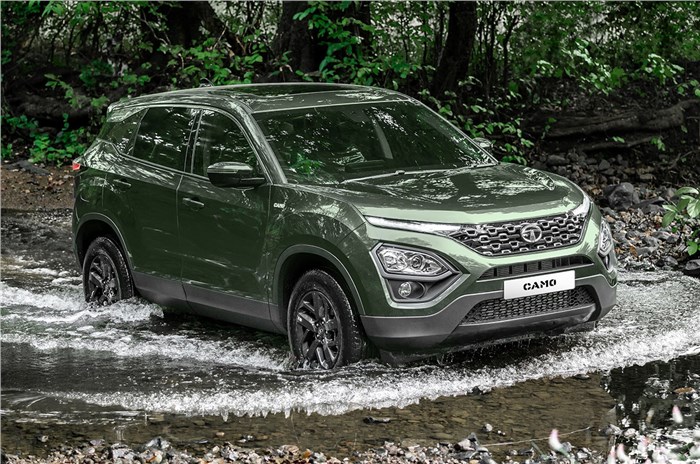 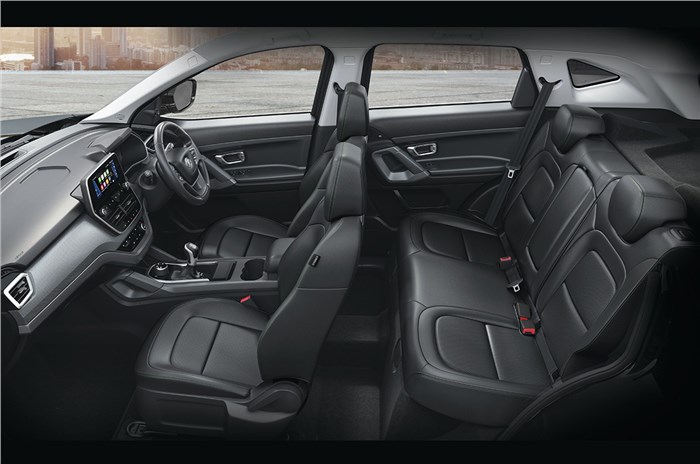 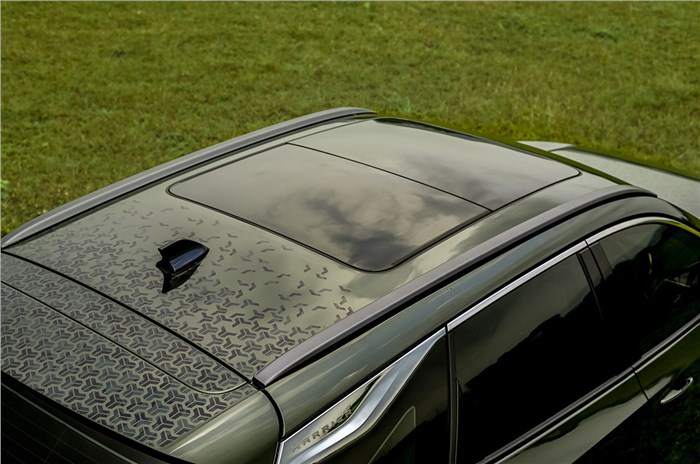 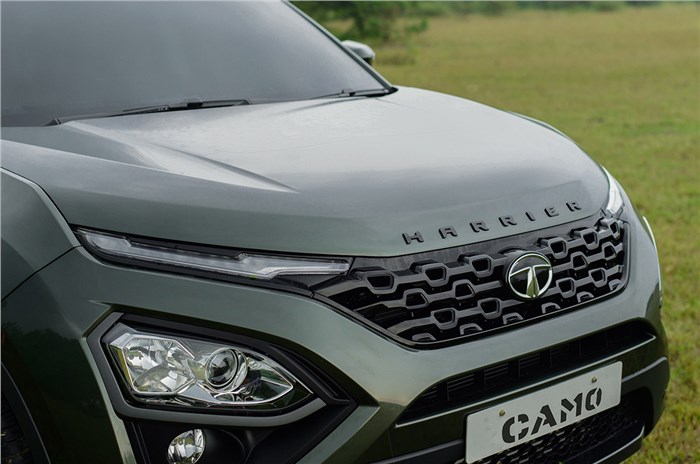 The Tata Harrier Camo Edition has just been launched, priced from Rs 16.50-20.30 lakh. This is very similar to the already available Harrier Dark Edition, which has various cosmetic changes with no mechanical updates.

Tata is only offering the new Camo Edition on select trims, specifically all above the XT. The cost difference for the updated styling is between Rs 10,000-30,000 over the standard trim counterparts. This is very similar to the increase seen in the Dark Edition trims over the standard ones.

The carmaker is also offering two accessory packages – Camo Stealth and Camo Stealth+ with their prices being Rs 27,000 and Rs 50,000, respectively.

In terms of styling, the most noticeable change is the new Camo Green paint shade that the Harrier is finished in. While the green paint shade is new to the Harrier, it is visually quite similar to the Foliage Green shade available on the smaller Nexon SUV.

Additionally, a number of chrome highlights have been blacked out. These include the lower part of the grille, the headlight surrounds, the side skirts, the lower section of the glass house and the strip below the tailgate. The alloy wheels are also finished in black.

With the accessory package, owners will get Harrier lettering on the bonnet, a side step, front parking sensors and special Camo decals on the roof, hood and doors.

The interiors too have received an update and now sport an all-black theme, just like the Dark Edition. This means it now has black leatherette seats though with contrast Camo Green stitching, as well as a ‘Blackstone Matrix’ trim on the dash, instead of the standard faux-wood inserts.

As we have seen in the past with the Dark Edition models, Tata has made no change to the features list of the Camo Edition Harrier when compared to its regular counterparts.

Tata has made no mechanical changes to the Harrier Camo edition; hence, it continues to use the 2.0-litre turbo-diesel engine producing 170hp and 350Nm of torque. It can be had with either a 6-speed manual or a 6-speed torque converter automatic gearbox.

The Tata Harrier competes with the entire array of mid-size SUVs, from the Hyundai Creta and Kia Seltos to the MG Hector and Mahindra XUV500.

As we had previously reported, Tata Motors has filed for a number of Camo Edition and Dark Edition trademarks for multiple models. Besides this, Tata is also working on its Gravitas flagship SUV, as well as a micro-SUV it previewed with the HBX concept at the 2020 Auto Expo. Also, in development is the Altroz EV – an all-electric version of the its premium hatchback.