All-new premium hatchback is due for launch next month. 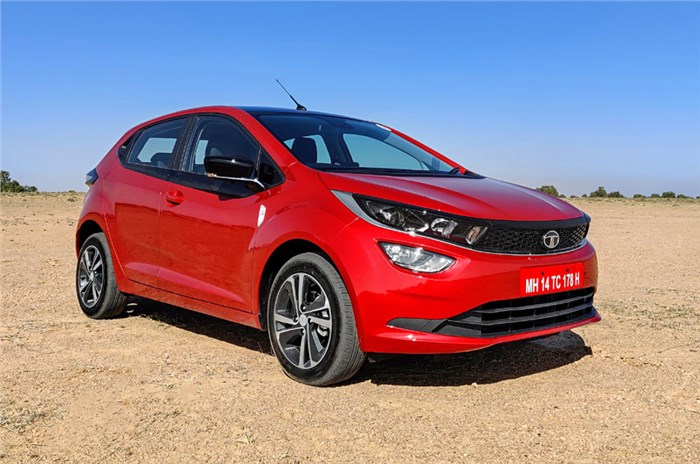 Earlier this month, Tata finally revealed the production-spec Altroz hatchback. The model, which is due to launch in January 2020, enters the premium hatchback segment with two engine options and four variants to choose from. Here are five things you should know about the upcoming Tata Altroz.

The Altroz is the first model to be based on Tata’s new ALFA (Agile, Light, Flexible and Advanced) architecture. The modular platform can underpin a whole range of body styles from 3.7m to 4.3m in length, and has been developed with electrification in mind. Doors that open 90 degrees and a flat rear floor are some of the features that will be common to cars, SUVs and MPVs built on the ALFA architecture.

As for its dimensions, the Altroz measures 3,990mm in length, 1,755mm in width, 1,523mm in height and has a 2,501mm long wheelbase. You can see how the Altroz compares with its rivals by clicking here.

The production-spec Altroz’s design remains similar to that of the 45X Concept, which was shown at the 2018 Auto Expo. The hatchback uses Tata’s new Impact 2.0 design language, which is evident from the shark nose-like front end, the sleek grille finished in black, and the large and swept-back headlights that are lined by a band of chrome. The fog lamp housings are positioned high up on the front bumper and they house the LED DRLs too. At the side, it features a prominent belt-line and a rising window line that’s underlined by a gloss-black strip. The rear door handles have been positioned on the C-pillar, like in the new Swift, and the 16-inch alloys look sporty. The rear, as well, gets some interesting details – like the blacked-out elements on the tailgate, just below the rear windscreen, that house the tail-lamps. Buyers can also get the optional pack that gives the Altroz a gloss-black roof to further its sporty appeal.

Inside the Altroz’s cabin, the free-standing 7.0-inch touchscreen takes centre stage on the dashboard, below which are the AC vents. The dash itself has a layered effect, with textured plastics on the top, a gloss finish in the centre and light grey materials lower down. There’s a segment-first part-digital instrument cluster and a new flat-bottomed leather-wrapped steering as well. At the back, the Altroz gets dedicated AC vents, a 12V charging socket and a centre armrest. In our review, we found the hatch’s cabin space to be quite roomy but not class leading. Material quality too, is on par with the competition but there are some inconsistent panel gaps.

As is known, the Tata Altroz will come equipped with two BS6-compliant engine options at launch – a 1.2-litre, three-cylinder, naturally aspirated petrol engine and a detuned version of the Nexon’s 1.5-litre, four-cylinder turbo-diesel engine. The petrol puts out 86hp and 113Nm of torque while the diesel produces 90hp and 200Nm. Initially, both engines will come paired to a 5-speed manual gearbox only, with automatic gearbox options slated to be introduced at a later stage. Tata might also introduce a 102hp, 1.2-litre, three-cylinder turbo-petrol unit in the Altroz, but a launch date for it is yet to be revealed.

In the premium hatchback segment, the Tata Altroz will rival the likes of the Hyundai i20, the Honda Jazz, the Maruti Suzuki Baleno and the Toyota Glanza. Tata has already begun accepting bookings for the Altroz since December 4, 2019, for an amount of Rs 21,000. Prices will officially be announced in January 2020, and they are expected to be around the Rs 5-8 lakh mark (ex-showroom).