New Play infotainment system is feature-laden and will have several personalisation options. 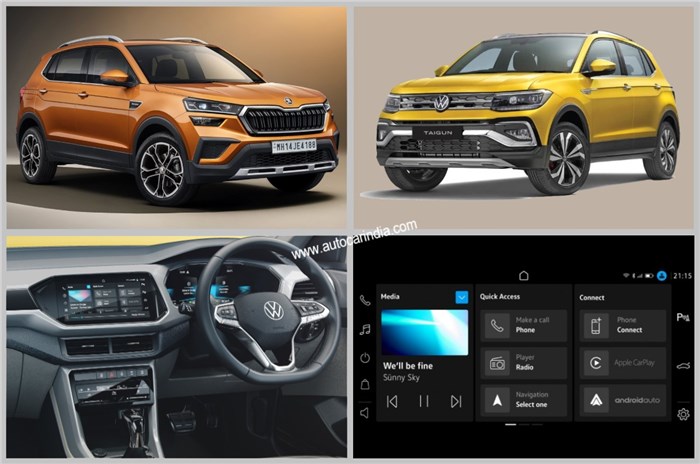 The upcoming Skoda Kushaq and Volkswagen Taigun SUV will come with the new Play infotainment system when they launch in India this year.

Volkswagen Play infotainment system: What is it?

The VW Play infotainment system made its debut on the Volkswagen Nivus four-door SUV coupe last year. Developed jointly by Volkswagen Brazil and automotive component maker Visteon, it features a 10.1-inch touchscreen that has a 1540x720 pixels resolution. The system also gets a split-screen setup and doubles as a rear-view camera monitor.

The Play system features a variety of downloadable applications globally, and for India, it will have built-in ones like Gaana.com, among others. It will also have user-defined profiles, offering a long list of personalisation options.

Live-streaming of music and audio podcasts via SIM-based internet access (likely to be an eSIM), along with in-car Wi-Fi, are also expected on the Play system in India. It will have a “Valet mode” where owners can block all details via a passcode before giving the vehicle to the valet. Connected vehicle tech and wireless Apple CarPlay and Android Auto will be available as well.

While this system has been developed for Volkswagen SUVs, the Skoda Kushaq that was unveiled in India had a similar setup, which confirms that both SUVs from the Volkswagen Group are expected to come with this infotainment system.

Beyond the touchscreen, in-car connectivity services have increasingly becoming a must-have feature. Affordable data rates and widespread smartphone proliferation means that car connectivity features are easy to provide and no longer reserved for higher-end automobiles and while these features may not be widely used, they are indeed at the top of buyers' shortlists. Taigun and Kushaq rivals like the Hyundai Creta and Kia Seltos already offer such services and see a good response to the sale of variants that are equipped with it. Thus it’s only natual that the VW Group would also bring in these connectivity features to give their brand new cars a fighting chance.