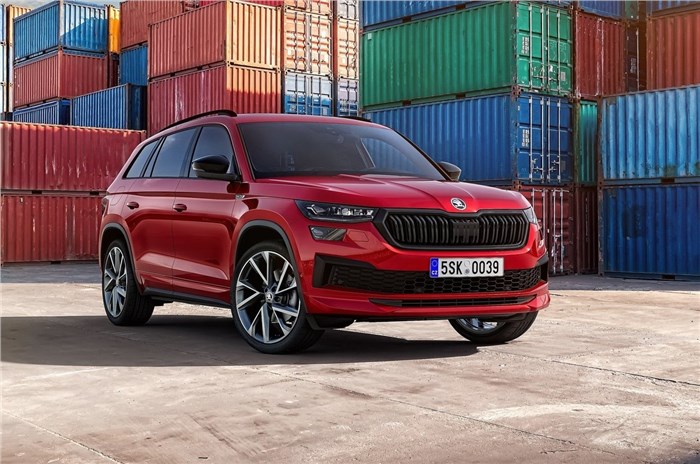 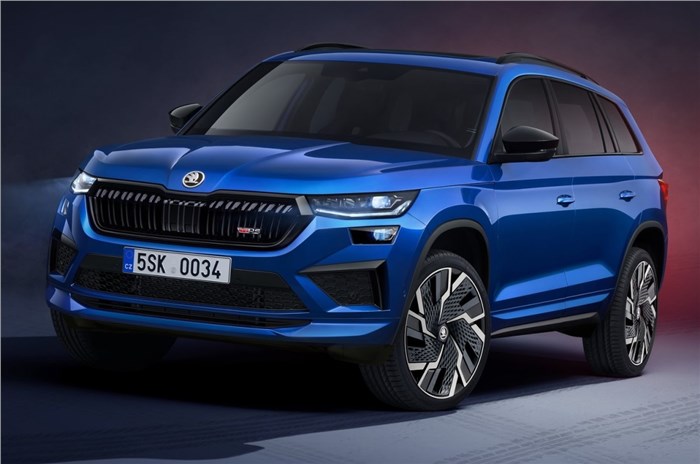 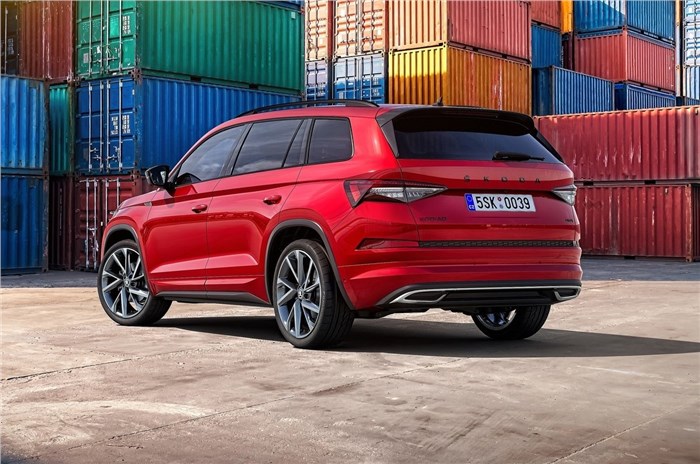 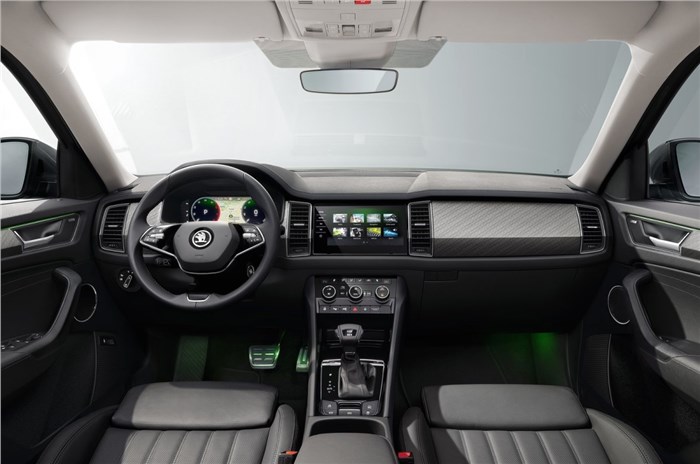 The Skoda Kodiaq has received a significant mid-life refresh. The three-row SUV now features new technology and a design makeover that brings it in line with Skoda's latest styling.

For this mid-life facelift Skoda has refreshed the Kodiaq with a new, more upright grill, elevated bonnet, revamped front and rear bumpers and a revised headlight design, with LED Matrix items available for the first time.

The three lower trims - S, SE and SE L - get a new aluminium effect detail on the front and rear apron, intended to give it more "offroad styling". A new rear spoiler along with 'finlets' on the sides of the rear windows have been added to optimise aerodynamics and reduce CO2 emissions. The L&K and Sportline variants get slightly different trimming - the former gets more chrome while the latter has blacked-out elements.

The interior has also been revised, with new seat designs, including a choice of electrically adjustable leather ergonomic seats. The mid-spec variants can also be optioned with ‘Eco’ seats that feature covers made using recycled vegan materials.

The 10.25-inch Virtual Cockpit digital display is an option on all versions, as is a new 10-speaker Canton sound system. There remains an 8-inch infotainment touchscreen as standard, with a 9.2-inch version available as an option. There is also revamped LED ambient lighting.

The interior of the Kodiaq RS features red RS stitching on the upholstery, and is offered with Skoda’s Virtual Cockpit as standard. The 10.25-inc digital info display features an extra Sport layout option, which gives prominence to the speedometer and rev counter.

The Kodiaq in international markets will be offered with 1.5-litre TSI and 2.0-litre TSI petrol engines developing 150hp and 190hp, and 2.0 TDI diesel engines producing 150hp and 200hp. The entry-level TSI will be offered with a six-speed manual and front-wheel-drive; all other models feature a seven-speed automatic as standard, with the higher-powered petrol and diesel models featuring all-wheel-drive.

The two diesel units are from the VW Group's latest generation, and feature a twin dosing exhaust gas treatment that Skoda says helps reduce nitrogen oxide emissions by up to 80 percent.

On the Kodiaq RS, the outgoing 240hp twin-turbo diesel engine, which was discontinued late in 2020 due to tightening emission norms in international markets, has been replaced by a 245hp, 2.0-litre turbo-petrol engine.

The Kodiaq was first revealed in 2016 as the first model in Skoda's SUV expansion and is built on the Volkswagen Group's MQB platform, as used by the likes of the Volkswagen Tiguan. Skoda brought the Kodiaq to India in 2017, but the SUV was discontinued before BS6 norms came into effect in April 2020.

However, the Skoda Kodiaq is set to return to the Indian market in the July-September 2021 period with a 190hp, 2.0-litre turbo-petrol engine. It will be preceded by the fourth-gen Octavia at the end of April, and the made-for-India Kushaq mid-size SUV in June 2021.

Discounts up to Rs 8 lakh on Skoda Octavia RS245