All-electric Range Rover SUV to be revealed in 2024

New Range Rover EV will be one of the six new pure-electric models from JLR. 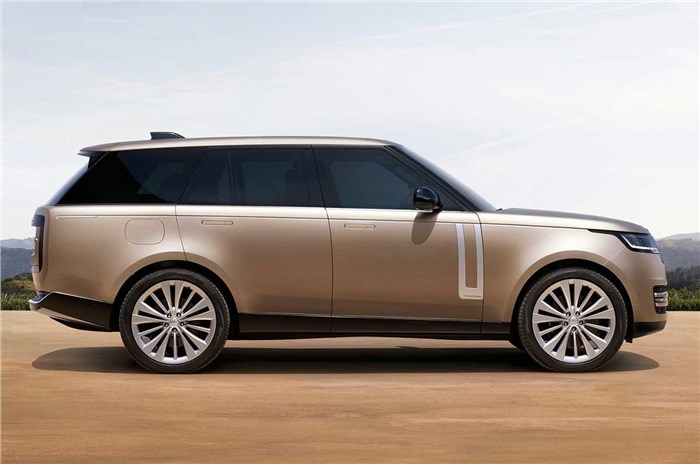 Land Rover has begun work on an all-electric Range Rover that is slated for a reveal in 2024. The EV Range Rover is part of Thierry Bolloré’s radical reinvention plans for Jaguar Land Rover that centre on the electrification of both brands. The firm plans to launch six pure-electric variants over the next five years, starting with the Range Rover EV in 2024.

All Land Rover models will offer a fully electric powertrain option by the end of the decade in line with the brand’s ambition to achieve a 60 percent EV sales mix by that point. The electric Range Rover, which will serve as a rival to the BMW iX and Mercedes-Benz EQS SUV, remains under wraps (even camouflaged prototypes have yet to hit public roads), but visually it is unlikely to differ substantially from the ICE-powered car. The subtle evolution of the Range Rover’s design over the years suggests its recognisable silhouette is intrinsic to the nameplate, so it is likely to be maintained for all powertrain variants.

Originally, it was planned that Land Rover’s debut electric car would share the MLA underpinnings with the long-promised Jaguar XJ EV, but that model has now been cancelled as it was deemed incompatible with Bolloré’s vision for the brand. It has also yet to be confirmed where else in the JLR line-up the MLA hardware will be deployed, with Jaguar set to usher in a completely bespoke architecture for its own all-electric cars from 2025, and smaller Land Rover SUVs to move across to the EV-biased EMA platform.

The electric Range Rover could be one of the first production models to benefit from a new development partnership between JLR and BMW, which will see the German and British firms collaborate on electric drive systems. Whether these systems will bear any relation to those used by BMW’s current EVs – or indeed Jaguar’s own I-Pace – is unclear, but it is almost certain that an electric Range Rover would feature two driven axles and have similar power figures to the most potent combustion car.

Interestingly, Land Rover programme director Nick Miller told our sister publication, Autocar UK, that the MLA architecture can also readily accommodate a hydrogen powertrain, which means a Range Rover FCEV could be on the cards as the company’s Project Zeus hydrogen development programme continues. The fourth-generation Range Rover is here to be judged as a luxury car as much as it is a 4x4.

The all-new Range Rover was revealed recently and is expected to come to India in petrol and diesel engine options sometime next year.