Volkswagen will use the GTX badge for its range of sporty electric cars. 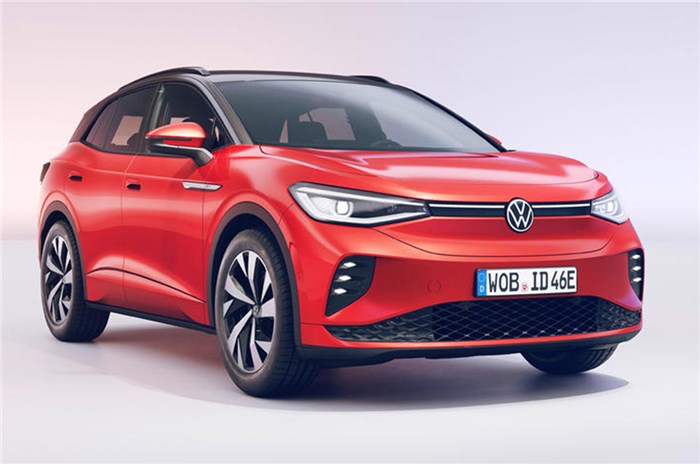 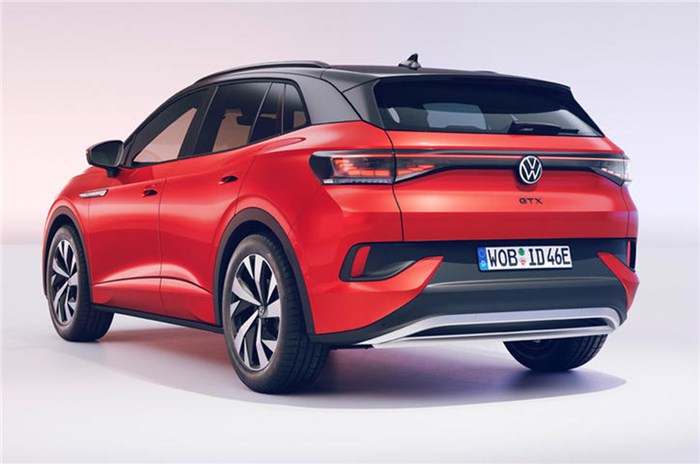 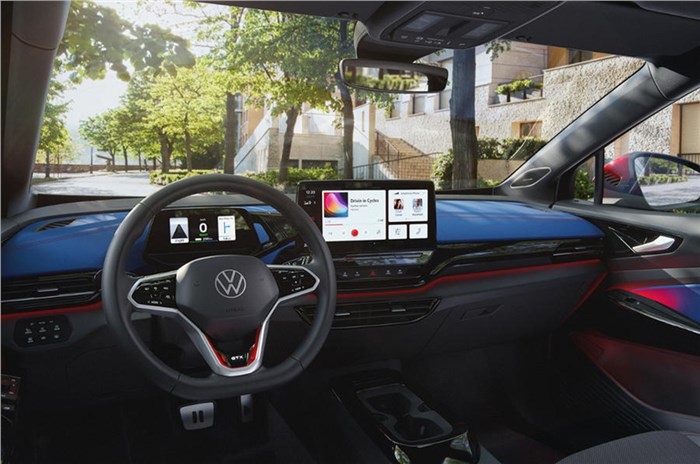 The new Volkswagen ID.4 GTX has been revealed as the new sporty flagship of the firm’s electric car line-up. The ID.4 GTX features both performance and cosmetic updates.

This range-topping ID.4 GTX will be the first ID model to use the new GTX badge; the GTX range of performance EVs will sit alongside VW’s established GTI, GTE and GTD product lines, with a focus on accessible performance. While the GTI line is centred around the Golf, Volkswagen has chosen to use the ID.4 for the first GTX model because of both, the growing importance of the SUV market and the decision to use a twin-motor powertrain, which the smaller ID.3 hatch is unable to accommodate.

The ID.4 GTX features a number of bespoke styling elements to differentiate it from the regular ID.4, including GTX badges, high-gloss black air intake grilles, a black roof and rear spoiler, and an Anthracite roof bar. The rear bumper is a new design and there’s a unique insert on the rear diffuser too. The front LED lights feature an exclusive design, while the rear LED light clusters are styled to create an X-shaped brake light.

The interior features a bespoke colour scheme, with dark blue dashboard panels and leatherette door inserts, and red contrasting stitching - although it doesn’t have a version of the tartan trim used for the GTI, GTE and GTD models. Premium sports seats are also optional.

A range of trim packs similar to the regular ID.4's will also be offered, with higher-end models including features such as a 12.0-inch touchscreen in place of the standard-fit 10.0-inch screen.

An optional Sports pack will lower the ride height by 15mm compared with the regular ID.4 and add a progressive steering. The Sports Plus pack adds DDC adaptive chassis control - as available on Volkswagen's full-fat R models - which manages the shock absorbers to offer a firmer, sportier ride.

The GTX’s powertrain comprises a permanent magnet synchro machine (PSM) on the rear axle, and an asynchronous motor (ASM) on the front axle. The two motors combined produce 299hp; Volkswagen has yet to confirm the torque output. The system can power the ID.4 GTX from rest to 100kph in 6.2sec, with top speed limited to 180kph.

The all-wheel drive system is computer-controlled and determines how to use the available torque to balance efficiency, dynamic performance and stability. The default is to send the power to the rear axle alone, with the front motor used only when increased traction and performance are required.

The model features a 24-cell 77kWh lithium-ion battery – the largest available for the ID.4 – which weighs 486kg, offers a claimed range of up to 480km and can be topped up using regenerative energy under braking. Five driving profiles will be offered, including a dedicated Sport setting.

The ID.4 GTX will be followed by a range of performance ID models that use the badge. A GTX version of the upcoming ID.5 coupé SUV will likely be the next.

Volkswagen’s R division is also understood to be working on a range of higher-performance models, which would likely include an ID.3 R.

As we have previously reported, the Volkswagen ID.4 electric SUV is slated to launch in India. The ID.4 will be brought to India via the CBU (completely built-up unit) route, and will make use of the government’s homologation-free rule for up to 2,500 units. VW is expected to bring the entry-level RWD model, in order to keep the model’s price as low as can be. We expect the ID.4 will be priced around the Rs 60 lakh (ex-showroom) mark when it is launched in India around 2022.