The entry aims to showcase the capabilities and performance of an EV in extreme environments. 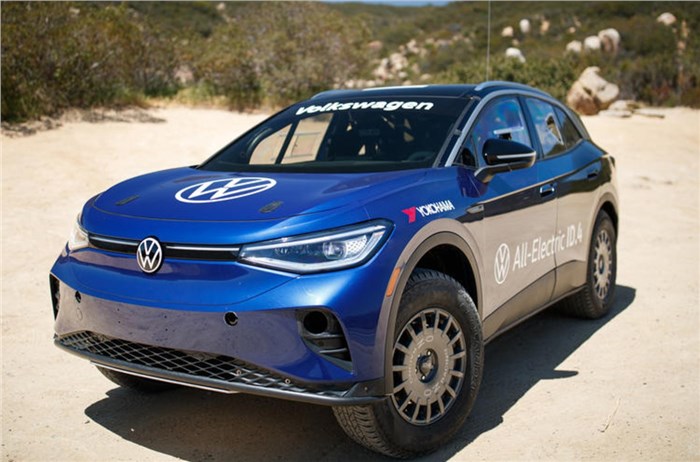 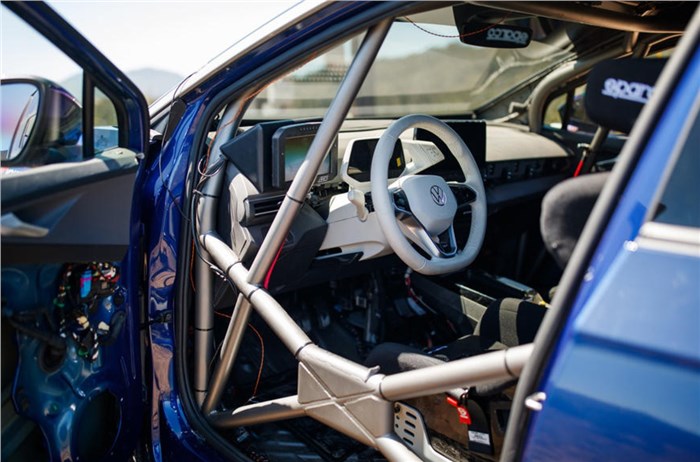 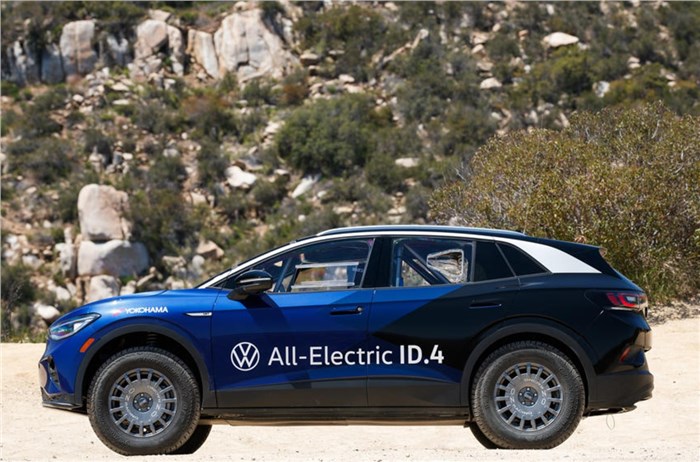 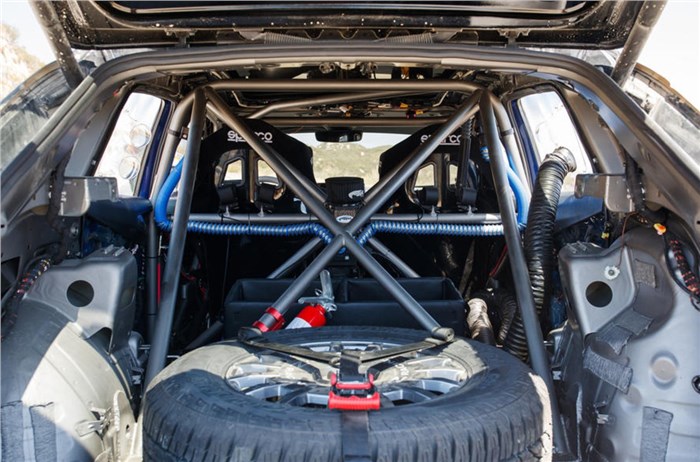 A heavily modified version of the Volkswagen ID.4 EV, piloted by American racer, Tanner Foust, is running in the formidable Mexican 1000 rally this year. The ID.4 is the first production-based EV to enter the event, which will wrap up later this week on April 29.

Modified by Rhys Millen Racing, the race-prepped version of the ID.4 is based on the rear-wheel-drive production car and equipped with the top-rung 77kWh (net) battery pack. Volkswagen says the 204hp powertrain is completely unmodified.

However, the suspension and interior have been substantially modified for the 1,836km race, in which the ID.4 is planned to "show the capabilities and performance of an EV in an extreme environment". Protective plates have been fitted to prevent damage to the batteries, and the heating and air conditioning systems have made way for a full roll cage, racing seats and racing telemetry display.

Rally-spec shocks feature at each corner, the radiator has been raised for enhanced ground clearance, and the standard 19-inch wheels have been swapped for 18-inch ones wrapped in hardcore off-road tyres. The racer sits two inches higher than in the production ID.4.

Plans to cover 98 percent of stages without stopping to charge

Volkswagen has a storied history of racing at Baja - a Beetle-based Meyers Manx buggy won the inaugural event in 1967 - although this will be its first all-electric entry.

The car will be charged using a portable, biofuel-fed device that tops up a 50kW fast charger. Tanner Foust Racing - the eponymous outfit behind the effort - plans to cover 98 percent of the stages without stopping to charge.

Rhys Millen, responsible for the modifications, said, “It takes great confidence and preparation to present a stock-based vehicle to the starting line of a race like this, especially an electric one like the ID.4.”

"We’ve been pleasantly surprised at how well the ID.4 has taken to the terrain,” he added.