Teaser image gives a clearer look at the design changes to the new Glanza. 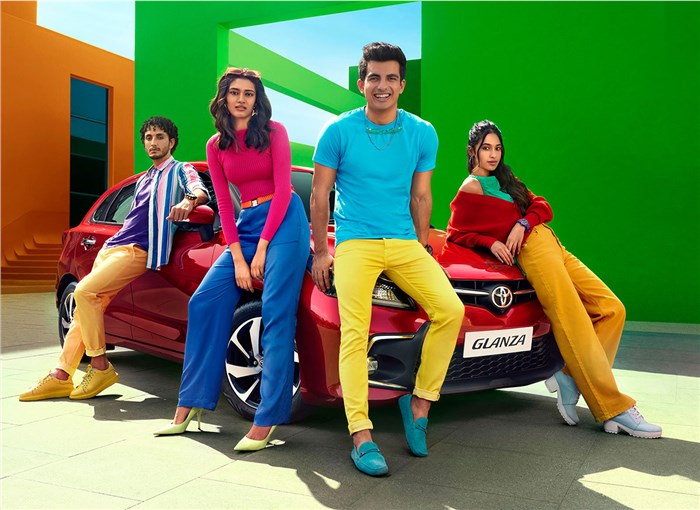 New Glanza to get unique front bumper and grille design. 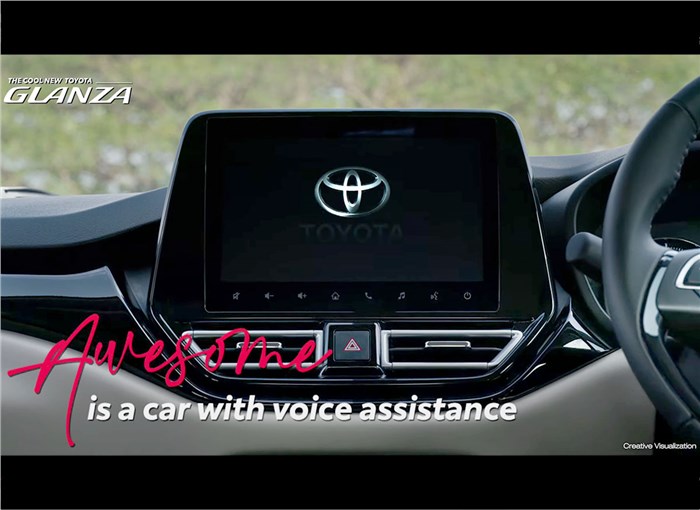 Glanza to get new touchscreen with voice assistant.

Toyota has teased the Glanza ahead of its launch on March 15. The teasers provides a clearer look at the front of the new premium hatchback and reveals some cosmetic changes, compared to its sister model, the new Maruti Baleno.

As with the outgoing model, the Glanza gets the same basic design and proportions as the Baleno, though this time around Toyota seems to have put more effort into differentiating its product. The front bumper is unique to the Glanza, with a more pronounced mesh-finished central air-dam and larger housings for the fog lamps. The grille too is unique to the Toyota hatchback and has a design in line with that of the Camry. Smaller details include LED DRLs that underline the headlamps as against the new Baleno’s three-dot-like design.

Down the sides, the alloy wheel design also look unique to the Toyota, though round the back – as seen in previous spy photos – the changes are expected to be down to the finer details such as the internals of the tail-lamps.

While Toyota hasn’t revealed the interior in full, the car will share the same dashboard design as the Baleno, with the large 9.0-inch touchscreen sitting atop the centre console. The carmaker has confirmed the presence of a voice assistant for the system, along with a different colour finish to the lower dashboard – the Baleno’s unit is finished in blue.

In terms of features, expect the Glanza to be much the same as the new Baleno and come loaded with kit such as the 360 degree camera, head-up display, cruise control, auto climate control and more.

For the engine line-up, expect the Glanza to feature the same 90hp, 1.2-litre petrol engine as the Baleno. Gearbox options too are expected to be carried over, including a standard-fit 5-speed manual and a 5-speed AMT unit offered as an option.

Expect the Glanza to be priced at a premium to the Baleno, with the Toyota again likely to be offered in the top variant equivalent of the Baleno. The outgoing car was available in G and V trim levels, equivalent to the higher mid-spec Baleno Zeta and fully-loaded Alpha.