New Toyota Glanza to get slightly different styling than the Baleno; price announcement in March 2022. 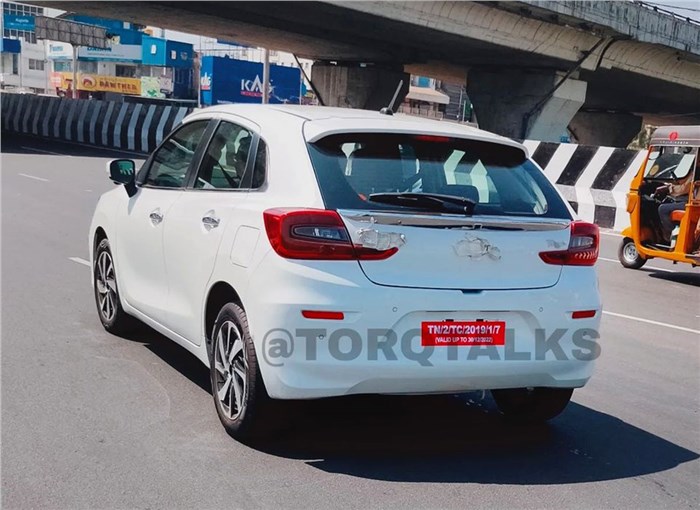 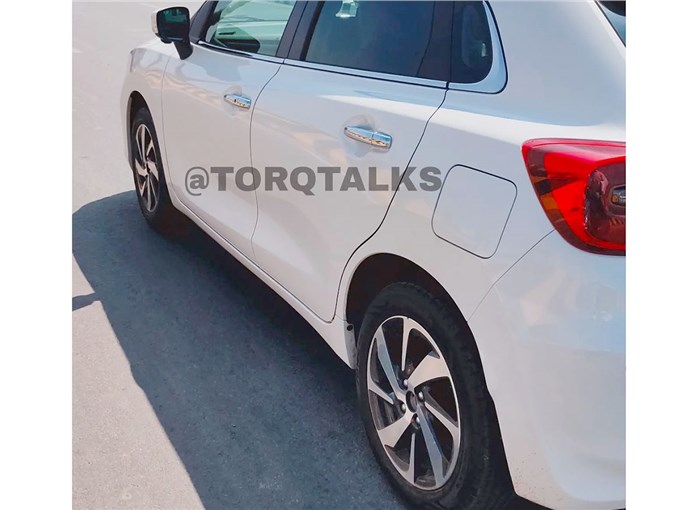 Toyota is readying its sister model to the Baleno, the new Glanza, for a launch in the coming weeks. Now, fresh images of the upcoming Toyota hatchback that seems to be in final stages of testing have surfaced, showing the new Glanza with minimal camouflage.

The new images detail the rear and sides of the upcoming hatchback, showing little difference from the new Baleno. Going in line with the recently launched Maruti, the Glanza too wears the same rear bumper, new fenders and tailgate, with the most notable difference visible being the different design alloy wheels for the Toyota. The tail-lamps while sharing the same basic shape are expected to feature different inserts as compared to the Baleno.

The Glanza though is expected to get greater differentiation up front, compared to its Maruti sister car. We are told that the new Glanza will come with a different design for the front bumper and a different styling for the daytime running light . Expect the Toyota to also sport a different grille design.

Expect little to change inside, aside from upholstery colours. The basic dashboard layout is expected to remain unchanged from the new Baleno. This means the car would feature all the design traits of the new Baleno, including the central, free-standing touchscreen, revised control surfaces and new instrument cluster dials.

Like the Baleno, expect the Glanza to pack in features such as a head-up display, 360 degree camera and six airbags, among others. The Glanza will also be offered with a longer standard warranty as compared to the Baleno.

With the Glanza being the sister model to the Baleno, expect the Toyota to also drop the existing 83hp, 1.2-litre petrol and 90hp, 1.2-litre mild-hybrid petrol engine options. In its place, the Glanza will get the new non-hybrid 1.2-litre DualJet petrol engine paired with a 5-speed manual gearbox as standard. The AMT gearbox option is expected to be offered as well.

Toyota could follow a similar arrangement as the outgoing Glanza, with the model only available in fully-loaded and mid-spec variants. The current hatchback lacked a Baleno Sigma and Delta equivalent. This would mean that prices start above those of the Baleno, with the fully-loaded models expected to also sit slightly higher than the Maruti. Like before, Toyota will also export the Glanza to some international markets like South Africa, among others, where it is known as the Starlet.