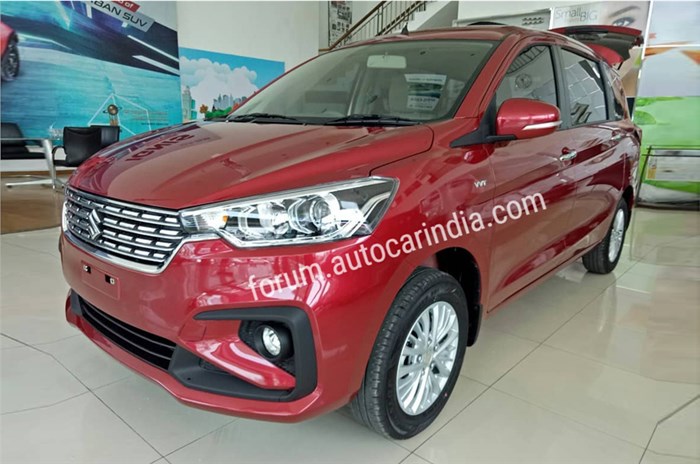 Maruti Suzuki Vitara Brezza and Hyundai Creta maintain their long-held positions on the sales charts in the month of December 2018.

A total of 65,506 utility vehicles (UVs) were sold in India – down 2.33 percent, year on year, in December 2018. The UV segment spent most of 2018 in the fast lane, providing a strong buffer to moderating passenger vehicle (PV) sales during the year. However, their popularity has seen a sharp decline, of late, with buyers becoming more conscious about fuel efficiency. With several new models scheduled to be launched this year (the Tata Harrier and Nissan Kicks have already arrived and the XUV300’s next), the UV market will soon see a recharge.

Holding its consistent dominance of the Top 5 list, Maruti’s Vitara Brezza sold 9,667 units in December (December 2017:11,540). The popular crossover from the stables of India's own carmaker has been one of Maruti Suzuki's growth drivers for the company’s UV market share. Today, Maruti Suzuki's UV market share stands at 28.49 percent, with cumulative sales of 1,94,370 units clocked between April-December 2018. The Vitara Brezza's updated avatar, now has an optional diesel AMT set-up, along with an updated safety kit which including dual-front airbags, ABS and EBD as standard across the range. However, with the upcoming new competition en route, it remains to be seen whether Brezza will continue its performance.

The Hyundai Creta retains its No. 2 spot on this list in December with sales of 7,631 units (December 2017: 6,755). Hyundai brought in the Creta facelift on May 21, 2018, and updated the crossover with styling tweaks – a revised front grille, refreshed headlamps, tail-lamps, new diamond-cut alloy wheels; and also a sunroof in its top-end trim – and the effort seems to have paid off.

Taking the third slot in the Top 5 is the recently launched second-gen Maruti Suzuki Ertiga. In its new avatar, the MPV has grown in its dimensions, offering better space and comfort on the inside, simultaneously ironing out most of the wrinkles seen in the outgoing model. A whopping 7,155 Ertigas were despatched to Maruti Suzuki showrooms last month. Its all-new 1.5-litre petrol and diesel engine options target private buyers and fleet operators, alike. The new Ertiga ticks all the right boxes for fit and finish, ride quality, practicality and overall value for money. Maruti Suzuki's new offering also bagged the Car of the Year Award at the Autocar Awards, last month. Interestingly, the Ertiga is only 476 units shy of the Creta’s tally in December 2018, indicating that Hyundai may be facing a potential drop in rank on the list.

Closing the round-up at the No. 5 position is the hardy Mahindra Bolero with despatches of 4,832 units in December, up from the 5,529 units it had clocked in December 2017. Buyers in Tier I cities might be reconsidering sedans over their crossover counterparts. However, given the increasing infrastructural development in the country, the demand for rugged UVs like the Bolero is still persistent in the rural and semi-urban sectors.

With new entrants on the way, watch this space in coming months. The action in the UV market is bound to heat up and turn even more exciting.