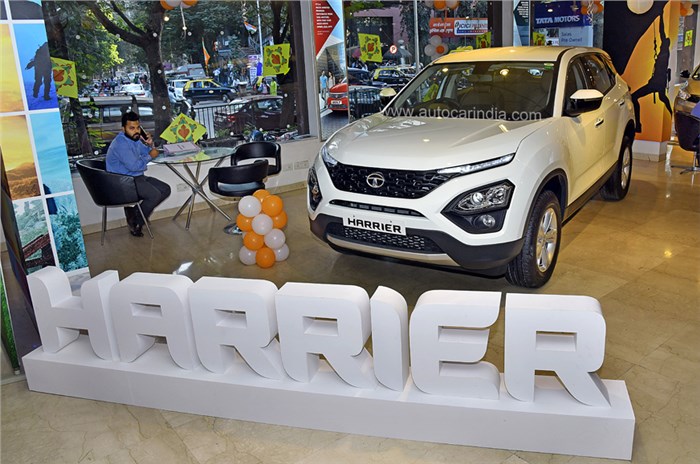 Just yesterday, Tata revealed the ex-showroom, Mumbai, price for its new Harrier. The five-seat SUV’s base XE variant begins the range at Rs 12.69 lakh while the Harrier XZ tops it at Rs 16.25 lakh. The Tata Harrier’s microsite has now been updated with the SUV’s prices in a few major cities – Delhi, Kolkata and Bengaluru.

A look reveals that the Harrier is priced the same in Mumbai as it is in these cities, suggesting the Harrier could have an ex-showroom, pan-India, price tag.

The aggressively-priced Harrier takes on the likes of the Hyundai Creta, Mahindra XUV500, the Jeep Compass, Renault Captur and its recently-introduced sibling, the Nissan Kicks. Our review of the Tata showed that it boasts great interior space and a comfortable and plush cabin, not to mention its striking good looks. It’s quite decently equipped too. For now, there is just one engine-gearbox combination on offer – a 140hp, 2.0-litre diesel mated to a 6-speed manual that sends power to the front wheels, though a petrol engine and automatic transmission are coming at a later date. The SUV also features two segment-firsts – multiple drive modes for the engine (a staple of newer Tata cars) and the Terrain Response System that adjusts the electronics for low-traction situations. A quick check with Tata dealers has revealed that there’s a three-month waiting period for the Harrier.