The only other model in this segment that’s in close contention with the Baleno is the Hyundai i20. 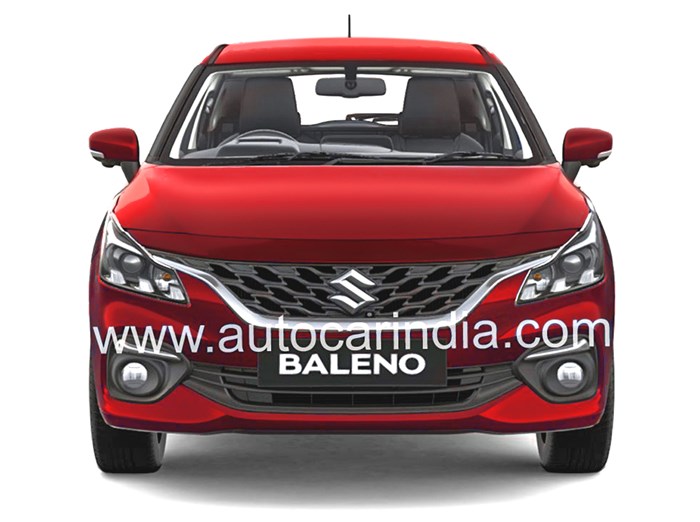 The duo of Maruti Suzuki Baleno and Toyota Glanza have been class leaders in terms of fuel economy in the premium hatchback segment. Now, as both models are due to receive a comprehensive update, fuel economy figures of the all-new Maruti Baleno have surfaced online.

The 2022 Maruti Suzuki Baleno will be powered by a sole 90hp, 1.2-litre DualJet K12N petrol engine, mated to either a 5-speed manual or AMT gearbox. This engine will come with auto engine start/stop feature to aid fuel economy, but notably misses out on the 12V mild-hybrid tech offered with the outgoing version of the Baleno.

As per dealer sources, the new Baleno will have an ARAI-claimed fuel economy of 22.35kpl for the manual variants, while the new AMT versions return 22.94kpl. Compared to the outgoing version, the fuel economy of the 90hp, K12N petrol-manual has gone down by about 1.5kpl, which could be attributed to the lack of the mild-hybrid system.

As for the automatic version, the new Baleno AMT will deliver about 3kpl more than the outgoing Baleno CVT. Although more rudimentary in nature, AMTs are usually more fuel efficient than CVTs and more cost effective, which is why Maruti has gone with an AMT to increase accessibility for the automatic versions. However, a major difference is that the AMT gearbox is now offered on the 90hp, K12N engine, while the CVT gearbox on the outgoing model was offered on the older 83hp, K12M engine that won’t see duty on the new Baleno.

We expect the updated Toyota Glanza to share identical fuel economy figures, as was the case with outgoing versions of both the models.

A look at the table above reveals that the new Maruti Suzuki Baleno will continue to be the most fuel-efficient among its rivals, with the Hyundai i20 being the only rival in close contention. Manual variants of the i20 are about 2kpl less efficient than the new Baleno, while the automatic versions have a wider margin. However, its important to note that the CVT and DCT gearboxes on the i20 are considerably more sophisticated than the Baleno’s new AMT unit.

As for the Tata Altroz, while it’s not offered with an automatic gearbox, its manual versions are some way off the new Baleno’s claimed fuel economy. Meanwhile, manual variants of the Honda Jazz and the automatic variants of the Volkswagen Polo are the least fuel efficient of the lot.

Do note that the i20 and Altroz are also available with a diesel engine that offer much greater ARAI-claimed fuel economy of 25.2kpl and 25.11kpl, respectively, than the petrol-only Baleno, although it does not make for a fair comparison.

Given that the Glanza will use the same powertrain as the Baleno, we expect similar, if not identical fuel economy figures for the Glanza as well. But what’s important to note here is that along with the new Maruti Suzuki Baleno, the upcoming 2022 Toyota Glanza could also continue to be one of the most fuel-efficient hatchbacks in their segment in India.

The all-new Maruti Baleno will go on sale in India by February 23, with bookings are already underway. As for the Toyota Glanza, it’s expected to follow suit in March, and this time, it is also expected to carry more differentiation than its Maruti sibling. You can read more about the updates on the Baleno and the Glanza in the links attached below.

What do you think about the new Baleno? let us know in the comments section.

Why not talk about the safety rating of Baleno ?

Why not talk about the safety rating of Baleno ?