While the mid-life facelift for the Picanto hatchback will feature a number of design changes, it is expected to carry forward the current petrol engines. 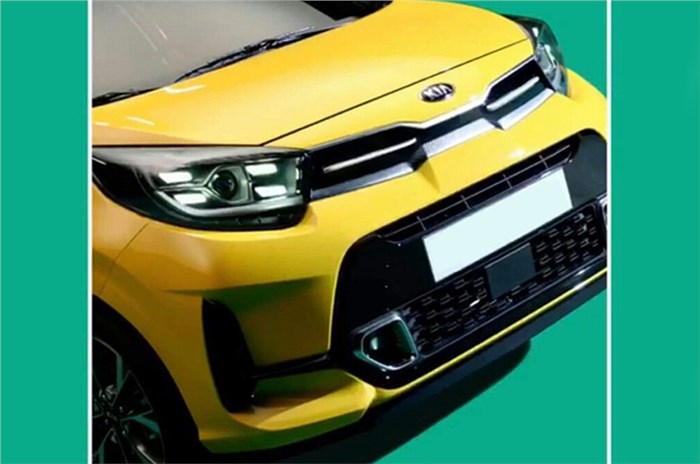 The Kia Picanto hatchback has been around in international markets in its current, third-gen form since 2017. Now, images have surfaced online that showcase the mid-cycle facelift of the Picanto completely undisguised.

A quick refresher for those who aren’t aware, the Kia Picanto shares its platform with the Hyundai i10 sold internationally. Hence, it has near identical dimensions, making it slightly smaller than the Hyundai Grand i10 Nios that’s on sale in India.

From these images, we can see that the new Picanto features a number of changes up front, including new headlight design, ‘Tiger nose’ grille, air intakes, fog lights, and a more aggressive bumper. The rear of the hatchback also sports some subtle changes like the new LED elements in the tail-light units, a new bumper and exhaust layout. The overall design of the hatchback, however, has remained intact.

While Kia did showcase the Picanto hatchback in India at the 2018 Auto Expo, Kia has made no announcements regarding the hatchback and is unlikely to bring the Picanto to our market right now, as the brand currently is focusing on SUVs and MPVs in our market. Kia has already launched the well-received Seltos SUV and Carnival MPV, with the next major launch being the Sonet compact SUV, which will arrive later this year.

Next-gen Kia Carnival to get a 4-seater option