Next-gen Kia Carnival to get a 4-seater option

Expected to be unveiled in the second half of 2020, the all-new Carnival MPV is likely to offer a 4-seater option as well. 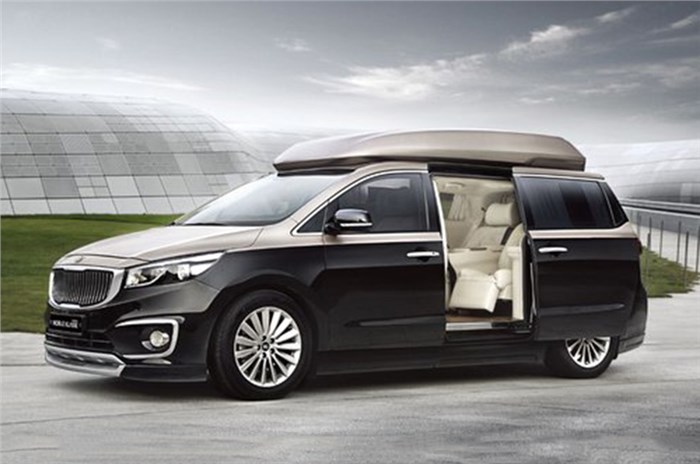 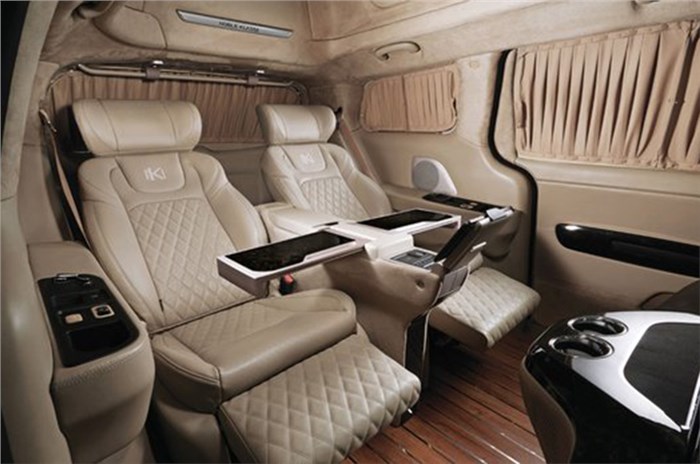 An all-new generation of the Kia Carnival will debut in the Korean market in the second half of this year, and this new version promises to be an even better offering than the current one. Among other things, it is also likely to get a 4-seater configuration. What this means is that there will be one row behind the driver which will include two captain seats, an arrangement similar to one seen on the uber-luxurious Mercedes-Maybach S-class. While there aren’t any official images of this 4-seater Carnival yet, expect its seats to offer extraordinary levels of comforts, with oodles of space and adjustments on offer.

Buyers looking at similar levels of comfort would have to spend big money and get a premium luxury sedan or SUV. Another option is to convert an existing vehicle (usually MPVs or SUVs) to a luxurious 4-seater in the aftermarket. While the latter isn’t a concept unheard of in India, and there are examples of cars like the Toyota Innova being fitted with sofa-like recliner chairs, only a few owners opt for this, and for various reasons like the cost of conversion and the concerns regarding fitment and workmanship. By offering the next-gen Carnival in this configuration straight out of the factory, Kia seems to target those chauffeur-driven folk who want supreme levels of seat comfort but don’t want to spend a fortune or go through the aftermarket route to achieve it.

What you can expect in the all-new Carnival are some heavy exterior styling updates, although the van-like silhouette will remain unchanged. The insides will feature an all-new dashboard with a massive panel housing the digital instrument cluster and infotainment screens (a layout similar to what we have seen on some Mercedes models). The new Carnival will continue to be feature-loaded and is also likely to feature paddleshifters in the top-spec versions.

While the next-generation Kia Carnival is likely to come to India in 2022, the current version saw a strong debut in India, selling 3,187 units in February and March 2020. It’s available with a 200hp, 2.2-litre diesel engine and an 8-speed automatic transmission, offering 7, 8 and 9-seat layouts, priced between Rs 24.95 and Rs 33.95 lakh (ex-showroom, India).