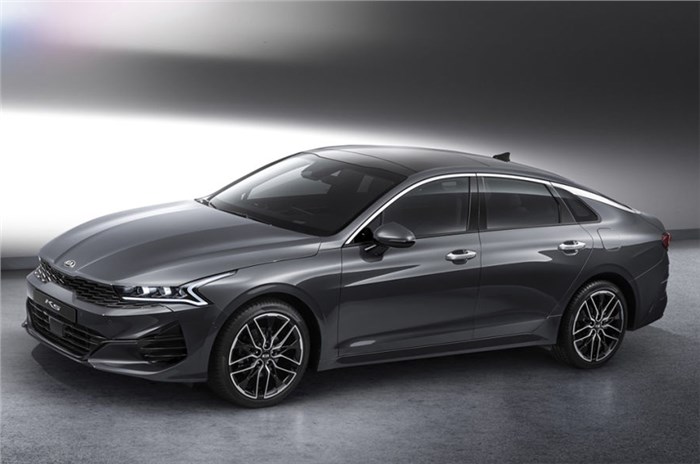 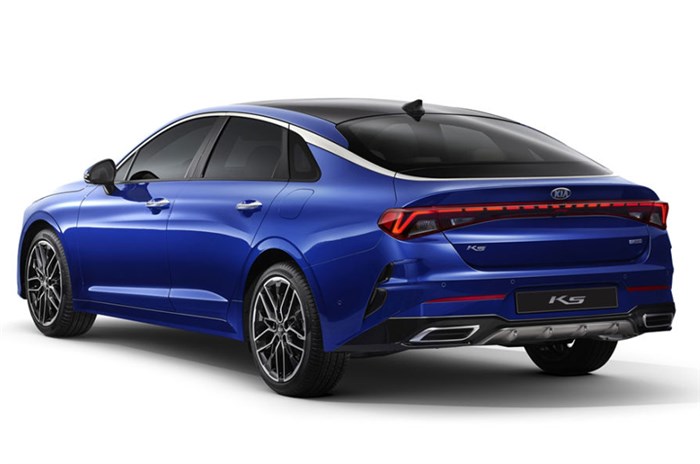 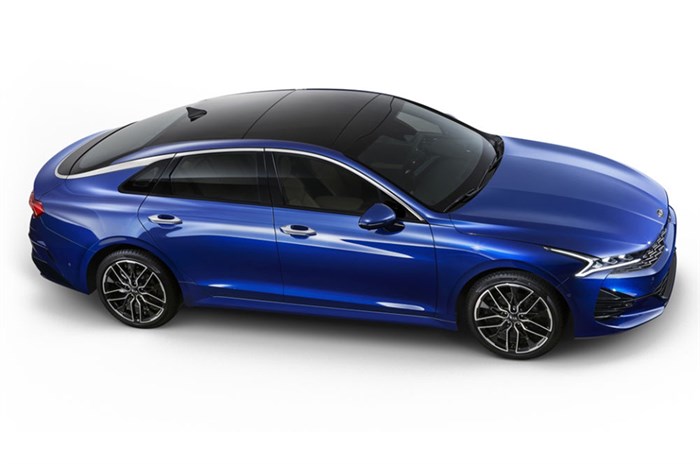 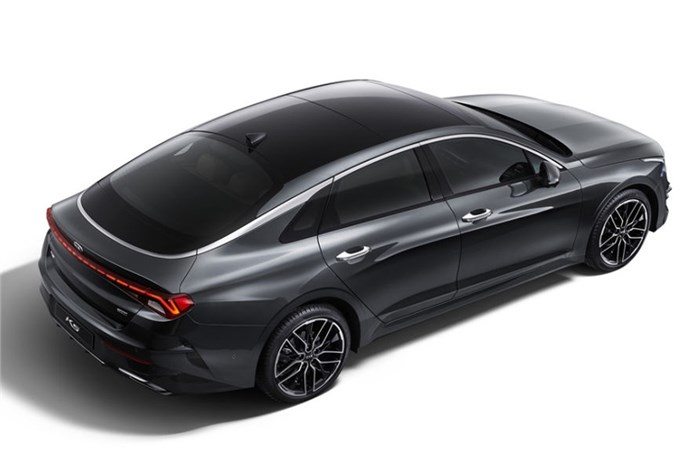 Kia Motors has revealed exterior images of the all-new Kia K5 – or as it’s known in some international markets, the Optima. Released in Korean market specification, the latest model offers a fresh and innovative new look for the sedan segment and showcases Kia’s bold new design direction.

The latest Kia K5, with its sporty, modern and bold looks, has a front characterised by Kia’s new ‘Tiger Nose Evolution’; a wide, three-dimensional design which integrates the grille and headlamps more organically than previous iterations of the sedan. The texture of the grille is modelled on the texture of shark skin. The grille is made with a matrix of interlocking details and the K5’s new front headlamps feature a distinctive ‘heartbeat’ DRL design. Above the grille, the deeply-contoured hood and characteristic lower bumper are meant to emphasise the smooth lines on the front of the car and enhance the next-gen K5’s on-road presence.

Its profile displays a greater sense of muscularity than its predecessor, with the body narrowing slightly at the midpoint between wheel arches. A distinctive crease runs along the length of the new K5's body, while a dash of chrome above its new frameless windows adds greater drama to the flowing, fastback roofline.

The rear of the K5 has a new rear-combination lamp design which provides a sporty silhouette mirrored by the three-dimensional design of the K5’s subtle rear wing. The unique wraparound tail-lamps are meant to mirror the slender ‘heartbeat’ motif found at the front of the car, while the flash of chrome from the roofline loops around the base of the rear windscreen, unifying the side and rear profile.

The K5 will be available with a range of new machine-cut aluminium alloy-wheel designs with colour options ranging from gloss black to dark gray and light gray.

The carmaker has not yet revealed any mechanical details of the new sedan.

The new-generation K5 will go on sale in the brand’s domestic Korean market in December.

In the Indian market, Kia launched its first model, the all-new Seltos SUV, in August this year. The brand is currently working on a smaller compact SUV to join the line-up sometime next year, but it will be preceded by the Kia Carnival MPV. The brand has also revealed plans of a third model for the market, in the form of a cross-hatchback, which is expected to arrive at a later date.

The Seltos has proven to be a popular model with SUV buyers with the brand having received over 60,000 bookings and announcing its best-ever sales in the month of October 2019.

Kia among best-performing carmakers in October 2019