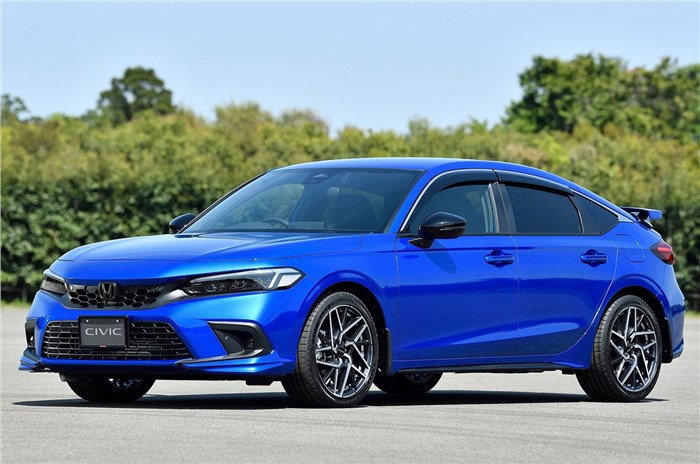 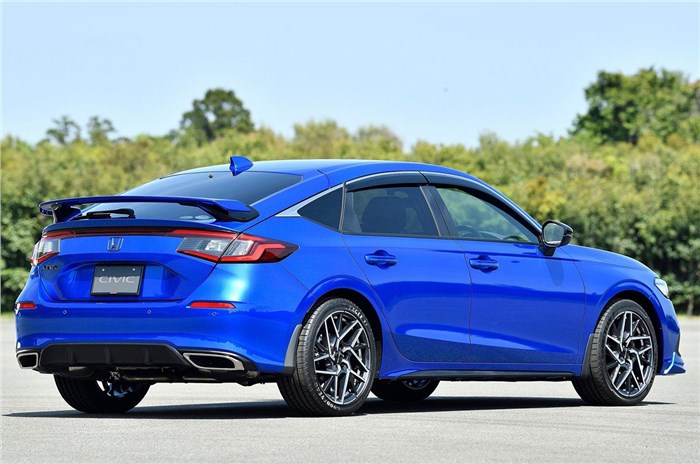 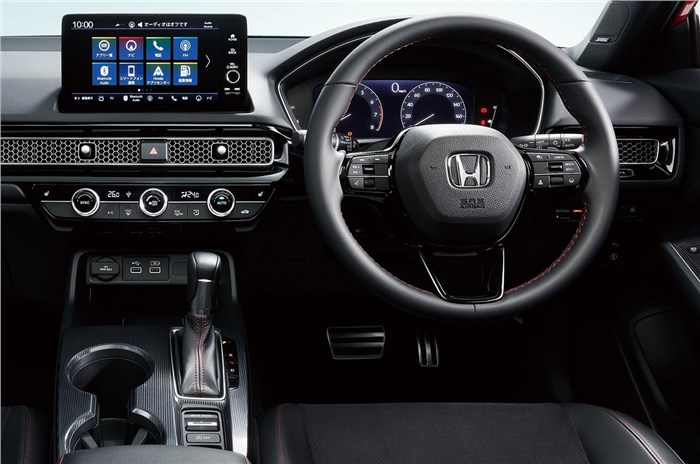 The all-new Honda Civic hatchback has been revealed. The model will go on sale overseas, initially in Europe, sometime next year. The new Civic hatchback is based on the 11th-gen Civic that was unveiled a few months ago.

The Japanese firm has taken an evolutionary approach for the eleventh-generation Civic's styling, though notably the new car adopts a fastback-style sloping roofline, ditching the current model's prominent rear wing. The rear hatch itself is said to be lighter, and features smaller hinges for a cleaner roofline, while the A-pillars are two inches further back than on the current car and the wheelbase is 1.4-inch longer.

Like the recently unveiled HR-V SUV and the latest-gen Jazz, the new Honda Civic hatchback will be a hybrid-only proposition using the same e:HEV petrol-electric set-up.

The Honda e:HEV system pairs a 1.5-litre Atkinson cycle petrol engine with a pair of electric motors, producing 108hp in the Jazz and 129hp in the HR-V. In hybrid mode, the petrol engine is used to generate power for the electric motor, reconnecting to the drive wheels via a single-speed gearbox under higher loads.  It is not yet confirmed which variations of the powertrain will be rolled out on the Civic hatchback.

The Civic is the final model in Honda's European portfolio to go hybrid-only, in line with its objective to electrify all mainstream passenger cars by the end of next year.

The hot Civic Type R which is yet to be revealed for the latest-generation, however, will retain a pure-combustion set-up, likely based around an evolved version of the current car's 'K20C1' 2.0-litre turbo four, which produces 316hp - making it one of the most powerful front-drive cars on sale globally.

The new Honda Civic hatchback will be exported to most European markets via its North American plant as the brand is on track to close its Swindon UK plant in the near future.

Honda Civic hatchback: will it come to India?

The outgoing Honda Civic was sold in India in sedan form and saw a very short run in the Indian market, with the model going off the shelf in just little over a year. The Civic was a slow seller for Honda and sales were further impacted due to the COVID-19 pandemic – this, along with the closure of Honda's Greater Noida plant where it was assembled, made Honda pull the plug on the model in India for the second time.

Honda N7X SUV could be the next-gen BR-V