All-new Civic is longer than the outgoing model and has a wheelbase length that’s increased by 36mm; styling in-line with the 2022 Civic concept. 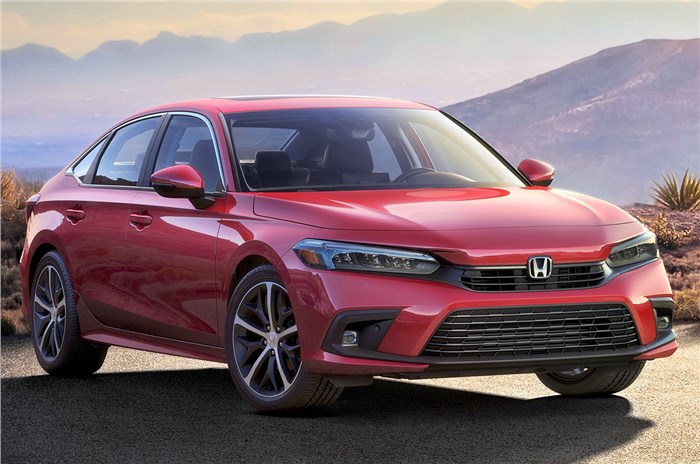 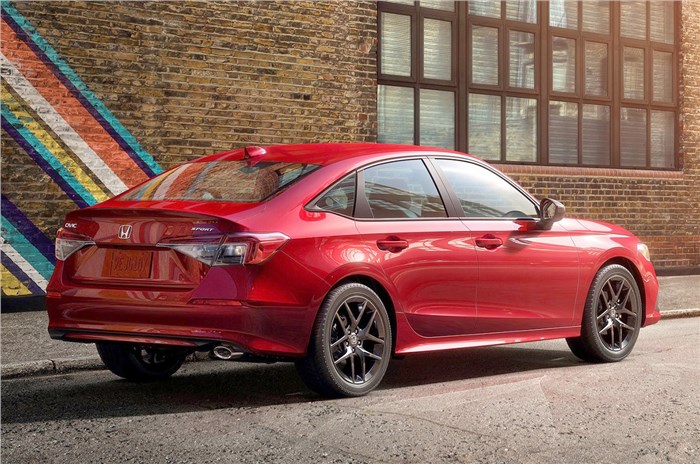 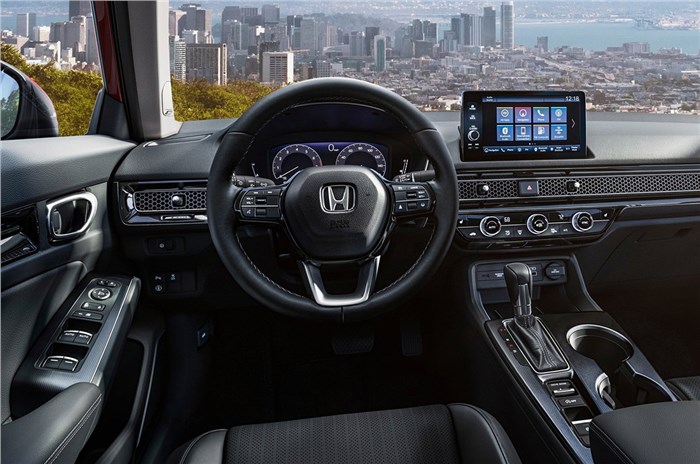 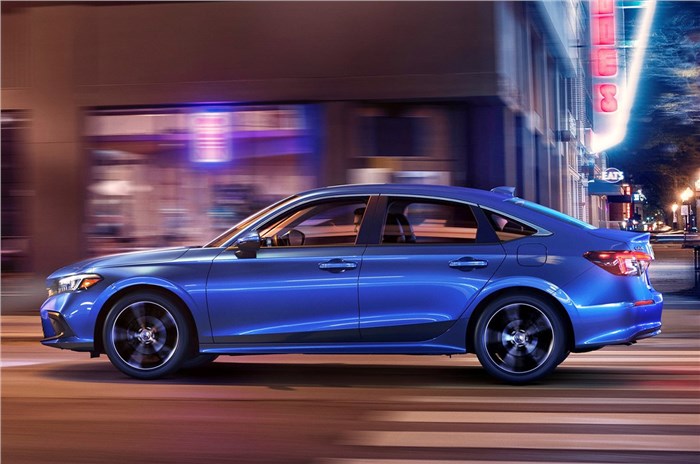 The new 11th-gen Honda Civic has been revealed for the North American market. Compared to its predecessor, the new Civic looks more grown up, sits on an updated platform and features a longer wheelbase, among other changes. Let’s take a look.

As evidenced by prior leaked images, the production-spec Civic doesn’t stray far from the design of the concept that debuted last year. Compared to its predecessor, the new Civic has a more mature design with fewer creases and cuts, though Honda has still retained the low and wide stance that’s come to be a hallmark of the Civic’s design. The new Civic is also longer than the outgoing model with a wheelbase that is 36mm longer.

Up front, the nose is characterised by sunken LED headlamps flanking a sleek grille, under which sits a prominent radiator grille flanked on either sides by housings for the fog-lamps. Down the flanks, notable elements include a prominent shoulder line running along the length of the car and a more distinct three-box sedan design as compared to its predecessor’s four-door coupe-like look. The wing mirrors, too, have been relocated and now sit further back on the door, as against at the base of the A-pillar on the 10th-gen model.

Rounding out the looks at the rear is an integrated spoiler on the boot lid, along with wraparound tail-lamps with LED elements mirroring the DRLs in the headlamps. The Civic will be available with 16-, 17- or 18-inch wheels.

When Honda had revealed the concept, sketches of the new Civic’s interior had been shared. Now, with the first official images, we can tell that the cabin design is identical to the sketches. The low-set dashboard features a rather clean and uncluttered look with a unique honey-comb pattern strip – which also hides the air-con vents – separating the upper and lower section. Honda says that the strip helps segregate the air-con and infotainment controls as well as adding to the uncluttered look of the dashboard. Depending on the model, the Civic is equipped with either an analogue instrument cluster with a 7.0-inch MID or a configurable 10.2-inch LCD screen.

Taking the pride of place atop the centre console is a free-standing touchscreen infotainment display – 7.0-inch or 9.0-inch depending on the variant – which comes bundled with wireless Android Auto and Apple CarPlay, among other features. The climate control system gets physical knobs and buttons.

Honda says that the chassis for the Civic is now more rigid than its predecessor’s, with the rear track also widened with a view on improving stability. Other changes under the skin include updates to the suspension to improve ride quality and handling characteristics, a re-tuned steering and the use of low rolling resistance wheel bearings in a bid to improve fuel economy.

Two engine options have been confirmed for the Civic so far – a naturally aspirated 2.0-litre four-cylinder petrol and a 1.5-litre four-cylinder turbo-petrol. Both units come with a CVT gearbox as standard. The 2.0-litre petrol develops 160hp and 187Nm of torque – identical to the unit in the 10th-gen US-spec Civic. The 1.5-litre turbo-petrol, meanwhile, puts out a stronger 182hp and 240Nm. This incidentally makes it more powerful than the current US-spec Civic 1.5 turbo-petrol but as powerful as the Euro-spec model.

Expect more details on other engine and gearbox options to become available in the future once details of the Euro-spec model emerge.

The Civic also gets notable updates in the occupant protection department. Honda has equipped the sedan with its new front airbags – the driver unit features a donut-shaped structure to help better cradle the head and reduce rotation while the passenger gets a three-chamber design unit for the same purpose. The carmaker’s Honda Sensing safety suit has also been upgraded and now includes Traffic Jam assist, false start prevention and low speed braking control.

It remains to be seen whether Honda will decide to bring back the Civic brand to India for a third time after having discontinued the 10th-gen model owing to lack of demand. The carmaker made the decision late last year, along with axing the CR-V, and shut down production at its Greater Noida plant. Honda’s current line-up in India comprises the Jazz, WR-V, Amaze and the popular City – 4th-gen and 5th-gen.

Honda should bring in Civic, Accord and C-RV with hybrid and fill in the vacuum this side of Lexus

Honda should bring in Civic, Accord and C-RV with hybrid and fill in the vacuum this side of Lexus