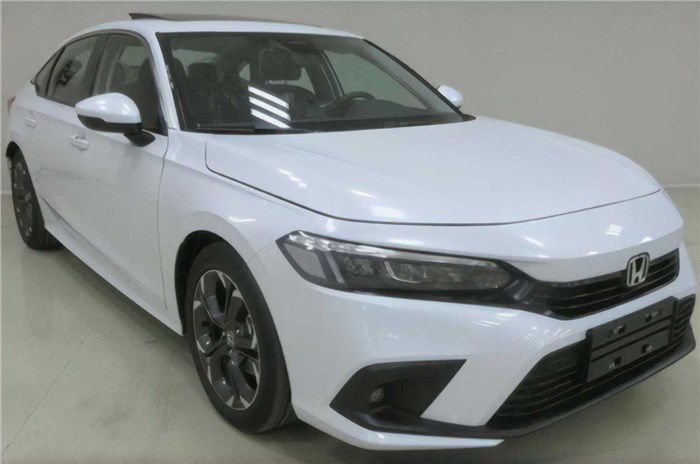 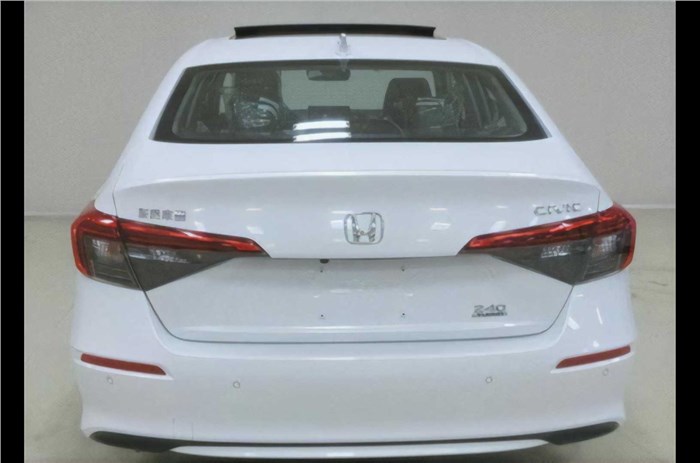 The 2022 Honda Civic gets an early debut in its production form, thanks to this set of leaked images that have surfaced online. We tell you more about it.

While we still don’t know the new Civic's dimensions, it is expected to be similar in size to the outgoing model. Honda had announced last year that the platform that will underpin the new Civic will be a more rigid version of the one that is used currently. As far as styling goes, the new Honda Civic sedan will look more or less similar to the prototype version that was officially shown last year. The car's design continues to have the typical wide and low stance that has been a hallmark for the Civic's design since many generations, but that's where most of the similarities end. The new Civic gets a more mature and cleaner design, with far lesser body creases, and that makes it look more grown-up than its predecessors.

It gets wide, horizontally placed headlamps, which will get LED units on some variants. With its newer models, Honda seems to be ditching the thick chrome grille for a more subtle, body-coloured unit that is seen here on the Civic and also on the recently unveiled HR-V. However, one could expect chrome bits on the car in some markets. The front bumper gets a slight redesign, with a larger fog lamp area that is finished in contrast black.

The new Civic gets a prominent shoulder line that runs across its sides, merging into the wide wraparound tail-lamps. It also gets a slight kink on the rear window that mimics the one seen on the larger Accord sedan.

At the back, the new Civic gets a simple look, with LED tail-lamps that make the car look wider and with inserts similar to the ones seen on the City. The model will have different bumper design with single or dual exhaust tips, depending on the variant.

While the production-spec Civic's interior is yet to be seen, we expect it to be on the same lines as the sketch revealed by Honda a few months ago. The new Civic will stick to its cleaner and much simpler design on the inside as well, with an interior layout that will have similar touches to the new City. The new Civic will come with a freestanding 9.0-inch touchscreen and is also expected to come with a full-digital gauge display. The centre console will have less buttons but will have dials for climate control.

Apart from showing the close-to-production design of the new Civic, Honda had also confirmed that the new model will come with active and passive driver assistance systems. Under the hood, expect the new Civic to come with a 1.8-litre petrol, with hybrid offered in some markets. Type R models could see a bump in power from the current version’s 306hp 2.0-litre setup.

The current-gen Honda Civic saw a very short run in the Indian market, with the model going off the shelf in just little over a year. The Civic was a slow seller for Honda and sales were further impacted due to the COVID-19 pandemic – this, along with the closure of Honda's Greater Noida plant where it was assembled, made Honda pull the plug on the model in India for the second time. As far as the new Civic goes, it’s too early to predict on the model’s India launch.

Upcoming Honda cars and SUVs for India in 2021

As far as India goes, Honda will introduce the City hybrid, which will come with the unique dual electric motor-equipped i-mmd technology.