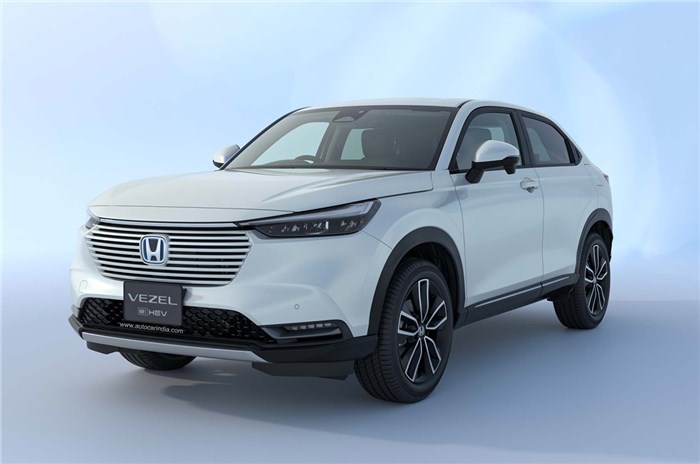 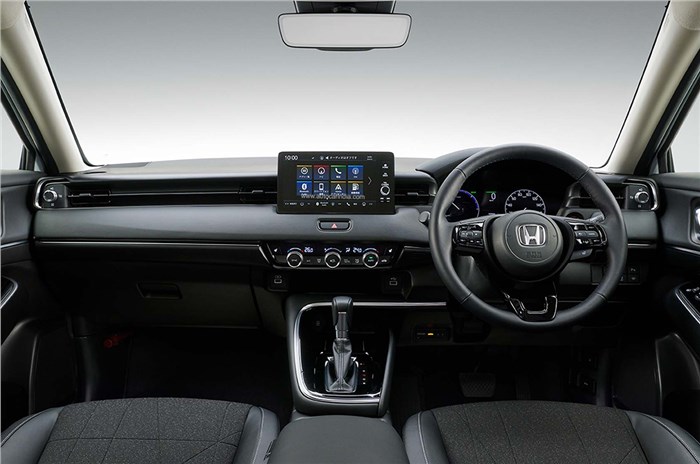 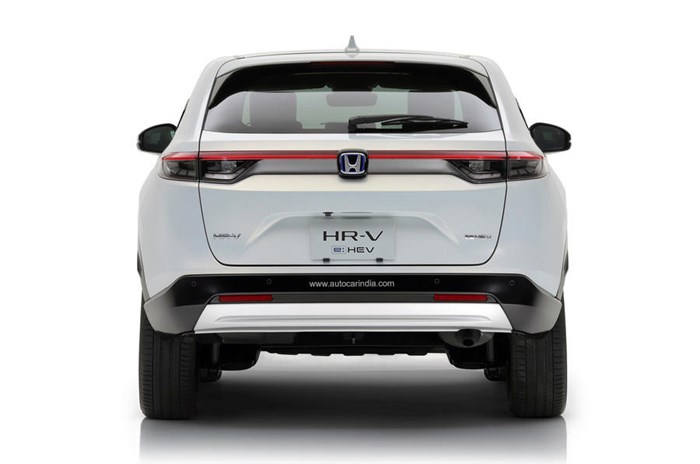 The new Honda HR-V (Vezel) has been revealed for the brand's home market of Japan ahead of its launch in the coming months. The new third-gen SUV follows a more grown-up design as compared to its predecessor with cleaner lines and more upright proportions along with being offered with a petrol-electric hybrid powertrain.

While the new HR-V (Vezel) still retains some of that SUV-coupe look, the styling is a big departure  over its predecessor. Its overall design looks inspired from the Honda SUV e concept from the 2020 Beijing motor show.

The new HR-V's upright nose gets a prominent grille finish that gets two design options. Notably missing is the thick band of chrome that decorated the front of the previous-gen model. The grille is flanked by sleek LED headlamps with LED DRLs. The bumper features a pronounced upper lip to the central air-dam along with featuring a skid plate and wide set fog-lamps.

Down the sides, the more angular profile is clearly visible with a flatter roof and bonnet, and sharply raked C-pillar. A prominent shoulder line runs the length of the car from headlights to the tail-lights and flared wheel arches add some more SUV-like appeal. Completing the look is black cladding along the wheel arches and below the doors. Interestingly as with the outgoing model, the door handle continues to be located in the SUV’s window line behind the rear windows. Rounding out the look at the rear is a roof mounted spoiler, new tail-lamps with an LED lightbar merging into the central Honda logo on the tailgate and a faux rear skid plate.

Inside, the dashboard features a layered design with leather inserts running across the fascia dividing the unit in two. Taking pride of place on the dashboard is a free-standing central touchscreen which comes packed with the brand’s Honda Connect connected car tech. Air-con controls, similar to those on the new fifth-gen Honda City feature lower down on the centre console. An interesting design element is the faux vent like element running along the passenger side of the dashboard. Another interesting element is the rotary control to control the way the air flows via the side vents on either corner of the dashboard.

Aside from the usual features such as a panoramic sunroof, LED headlights, auto climate control, hands free tailgate, heated seats, the new HR-V also packs in the company’s latest Honda Sensing safety kit. The safety systems include a misstep collision mitigation system that sounds an alert and automatically applies the brake should the car detect that the driver has accidentally set-off into the path of an obstacle, adaptive cruise control, pedestrian detection and avoidance, collision mitigation braking, lane hold assist and traffic sign recognition.

Both the standard petrol and the hybrid are offered in front and all-wheel drive configurations.

There are talks of the same petrol-hybrid e-HEV setup from the ASEAN-spec Honda City also expected to make it to the HR-V in some markets.

Honda's current line-up for India now only houses the Jazz, the WR-V, the Honda City – both the fourth-gen and the fifth-gen, and the Amaze compact sedan.

While the previous-gen HR-V had been on the cards for India, though Honda dropped the plans in 2019. In recent months, the carmaker announced the shutdown of production activities at its Greater Noida facility along with discontinuing its slow selling Civic sedan and flagship CR-V SUV in the country.