Now in its 11th generation, the Honda Civic adopts a more grown-up design and will pack a 9.0-inch touchscreen, digital instruments display and more safety features. 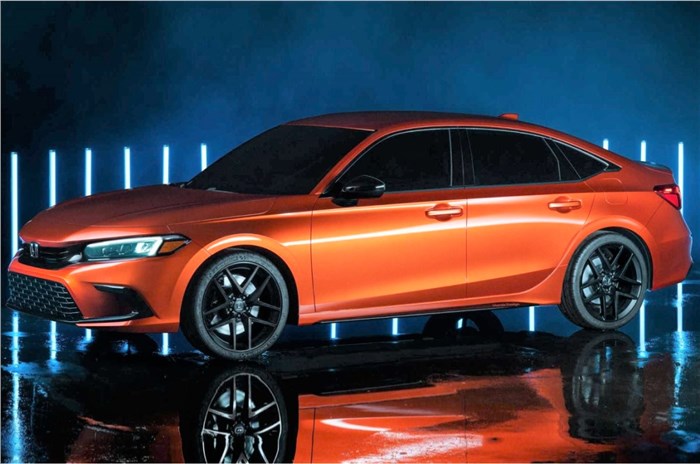 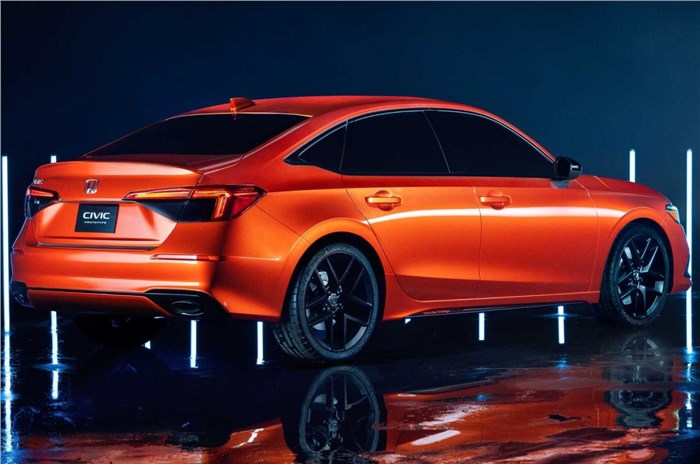 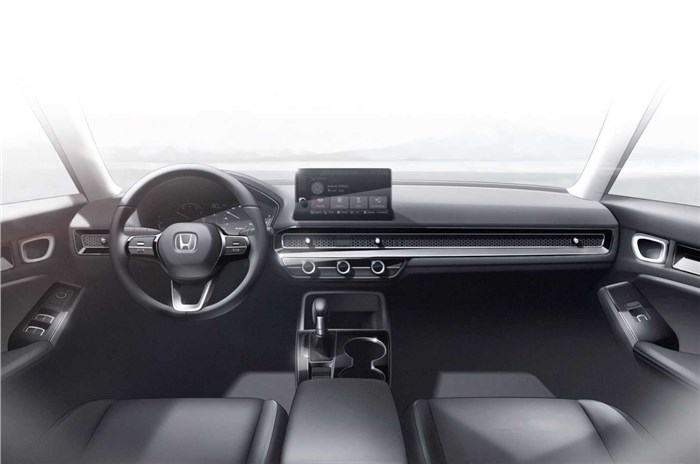 The 2022 Honda Civic has been revealed in prototype form, ahead of the production model’s debut in 2021. Honda chose to give the world a first look at the new Civic on video game streaming site Twitch to establish a connect with a younger audience, which it believes is the target customer for the Civic. Now in its 11th generation, the Honda Civic has undergone a full transformation inside and out, and there’s plenty to talk about.

The prototype of the new Honda Civic mirrors nearly every detail we first saw in leaked patent images, but gives us a clearer look at some design highlights. Honda has stuck with the wide and low stance the world has come to associate with the Civic, but the design and styling are a departure from the current-gen Civic. Gone are the aggressive, razor-sharp fascia and body creases, replaced by cleaner surfacing and a more grown-up appearance.

The sunken LED headlights – accentuated by angular LED daytime-running lights – sit aft of the slim grille, and the front bumper is dominated by a large radiator grille, flanked by C-shaped black accents for the air intakes.

Along the sides, there’s a prominent shoulder line that runs from the front fender all the way to the tail-lights, and there’s a kink in the window line closer to the D-pillar – a styling touch the Civic shares with the latest generation of the Accord sold overseas. The Civic prototype gets 10-spoke, 19-inch black alloys shod in 235-section Pirelli Pilot Super Sport tyres.

At the back, too, the new Civic’s styling is far simpler compared to the current Civic. There’s a subtle boot lip spoiler, wraparound LED tail-lights (chosen to accentuate the width of the new Civic) and gloss black surrounds for the oval exhaust tips. On the whole, the new Honda Civic has a more mature design, and also echoes the design of the fifth-generation Honda City, which was launched in India earlier this year. Save for touches like the blacked-out tail-lights, black trim elements and large wheels, the prototype is essentially a close-to-production version of the 11th generation Civic.

While Honda hasn’t shared details of the new Civic’s dimensions and platform, it’s expected to remain similar in size to the current-gen Civic but have a slightly longer wheelbase. The new Civic is expected to be based on an upgraded version of the current Civic’s platform, and Honda says it has made it more rigid to improve driving dynamics, as well as to enhance occupant and pedestrian collision protection.

Blacked-out windows mean the world can’t have a closer look at the new Honda Civic’s interior just yet, but Honda has shared a sketch that reveals some key details.

Once again, the new Civic adopts a cleaner, simpler design language on the inside, and follows a design theme like that of the new City. A freestanding 9.0-inch touchscreen taking pride of place on what is an otherwise minimalistic dashboard. In a first, the new Civic will also come with a full-digital instruments display, and another highlight will be a honeycomb mesh finish that spans the width of the dash and subtly incorporates the AC vents. The centre console appears free of buttons, and only houses three dials for the climate control system.

Also visible in the sketch are a gear lever for the automatic transmission and an electronic parking brake. Honda also says it has worked on improving outward visibility for all passengers, but what will be interesting to see is if Honda has also succeeded in freeing up more headroom for rear seat passengers, which is at a bit of a premium in the current Civic.

Honda has also mentioned the new Civic will get a raft of active and passive safety features, new airbag designs and driver assistance systems, but hasn’t elaborated on any of them. Powertrain details have also been kept under wraps for the time being, but fans of the Civic will surely hope the India-spec model gets more exciting combinations than the 1.8-litre petrol/CVT and 1.6-litre diesel/6-speed manual engines available with the current car.

In USA, the new Honda Civic will first be showcased in its final production form early next year, with the market launch set to take place closer to the middle of 2021. The current-gen Civic is not a hot-seller for Honda in India, with the current-gen car going with discounts and benefits as high as Rs 2.66 lakh. Honda is unlikely to bring the 11th generation Civic to India in a hurry, and it’s unlikely to go on sale in our market before 2022. When it does arrive, the new Honda Civic will face competition from the new-generation Hyundai Elantra and the new Skoda Octavia.

What are your thoughts on the 2022 Honda Civic? Let us know in the comments.