Honda CR-V Special Edition comes with a minor facelift; will be sold in limited numbers. 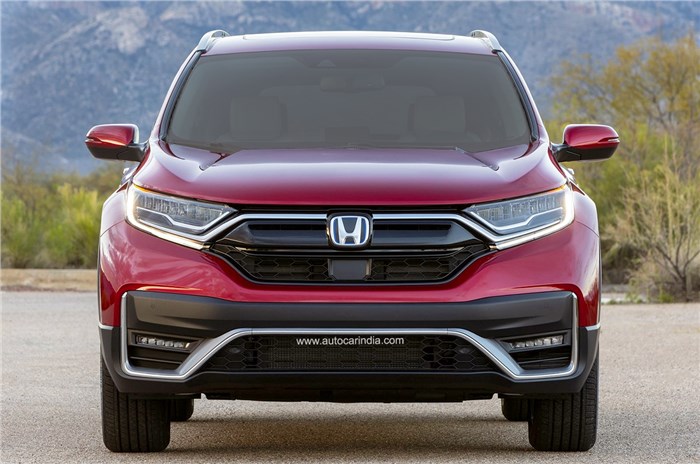 The Honda CR-V Special Edition will soon go on sale in India, and it will also be a limited-run model. Prices for the limited-edition CR-V start at Rs 29.50 lakh (ex-showroom, Delhi) – about Rs 1.23 lakh higher than the current CR-V. Interestingly, sources tell us that the CR-V Special Edition's styling will be based on the CR-V facelift sold overseas.

Honda had revealed the facelifted CR-V in international markets last year and it came with a number of cosmetic tweaks, including a more aggressive front bumper, revised rear bumper, lesser chrome on the nose and darkened elements within the headlamps. The cabin too received a few minor cosmetic tweaks.

Honda made no mechanical changes to the SUV.

For India, the facelifted car, which will come here as a special edition, will continue using the 2.0-litre naturally-aspirated petrol engine from the current model. This unit is good for 154hp and 189Nm of torque and it comes paired with a CVT gearbox as standard. The current CR-V was available with a diesel engine option in front-wheel-drive and all-wheel-drive configurations, however, with the transition to BS6, these variants were dropped from the line-up.

Being a special-edition model, the SUV is also expected to get additional equipment and cosmetic elements. As per our sources, the special-edition models will get kit such as a hands-free tailgate, powered front passenger seat, active cornering LED headlamps, front parking sensors and auto fold wing mirrors. The SUV will also come fitted with cosmetic accessories such as running boards and illuminated door sills.

The Honda CR-V Special Edition is also expected to be available in limited numbers, with our sources placing the figure around 45 units.

Honda has had a relatively quiet 2020, with their biggest launch being the new fifth-gen City. Apart from this, the carmaker upgraded its existing line-up to meet BS6 emission norms, along with giving some of its cars – the Jazz and WR-V – a mid-cycle update .

The carmaker recently launched a special-edition Honda Amaze in the market with some additional cosmetic bits and equipment.