The patent images show that the 11th gen Civic sedan and hatchback will share design details with the likes of the Accord and 5th gen City sedan. 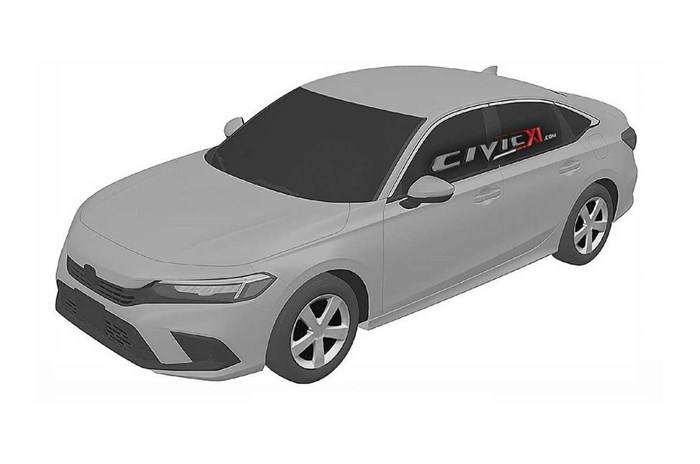 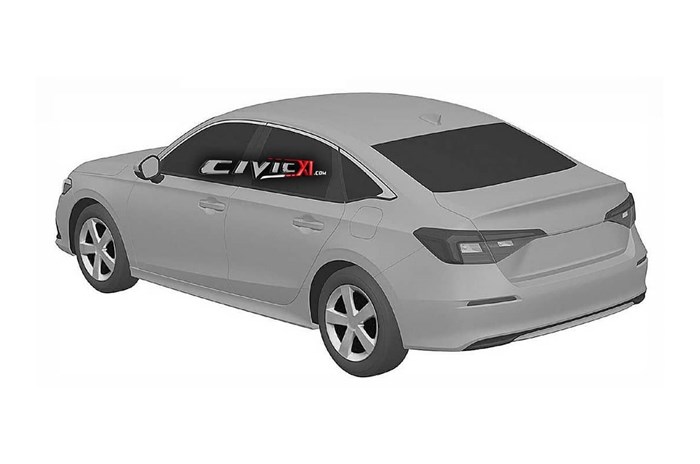 The next-gen Honda Civic sedan and hatchback will look less radical than the current model. Patent images have surfaced online that provide the design direction Honda will take with the upcoming all-new Civic.

The current Honda Civic, now in its 10th generation,boasts aggressive styling cues. The hatchback in particular appeals to the boy racer in most, it’s edgy, aggressive and polarising. Regardless of the bodystyle, the new-gen Civic will share a number of cues with current Honda cars rather than have an evolution of its current design.

The nose, in particular, gets the bold Honda ‘mustache’ grille, seen on the likes of the fifth-gen City and the Accord. It is flanked by a pair of slim headlights. The lower half of the face gets a large central opening and trim that flows into the outside air intakes.

In silhouette, the new Civic seems like it has a longer, flatter bonnet, which accounts for the longer front overhang. The shoulder line is straighter too, giving the impression that the glasshouse is larger.

New alloy wheel designs are a dead certainty, helping differentiate between the new Civic and the current model.

The C-shaped tail-lights on the current Civic sedan model have been given a miss in favour of more conventional looking, yet slim wraparound units. The tail-lights extend onto the boot a bit further and taper off towards the end. While the rear lip spoiler isn’t more pronounced than before, the rear bumper misses out on the faux-diffuser element.

The Civic hatchback gets a light bar that runs across the tailgate between the tail-lights. As before, the lip spoiler is integrated on top of the tailgate, but the faux-diffuser elements in the rear bumpers have been toned down significantlyon the hatchback version.

It remains to be seen how this all-new model will be received by those who like the current car’s more radical looks. The next-gen Civic is expected to be revealed next year in both sedan and hatchback form.

While Honda Cars India is unlikely to bring the hatchback version to our market, the current-gen Civic sedan is on sale here. The all-new 11th generation Civic is likely to come as well. While neither the 141hp petrol engine nor the 120hp diesel engine make the current Civic exciting (as we found out in our exhaustive Civic road test), the excellent ride/handling balance, overall comfort and looks make it a worthy executive sedan. Civic prices currently stand at Rs 17.94-21.25 lakh for the petrol model and Rs 20.75-22.35 lakh for the diesel variants.

Discounts on Honda cars of up to Rs 2.50 lakh