No bump too high and no rut too sharp on this drive. 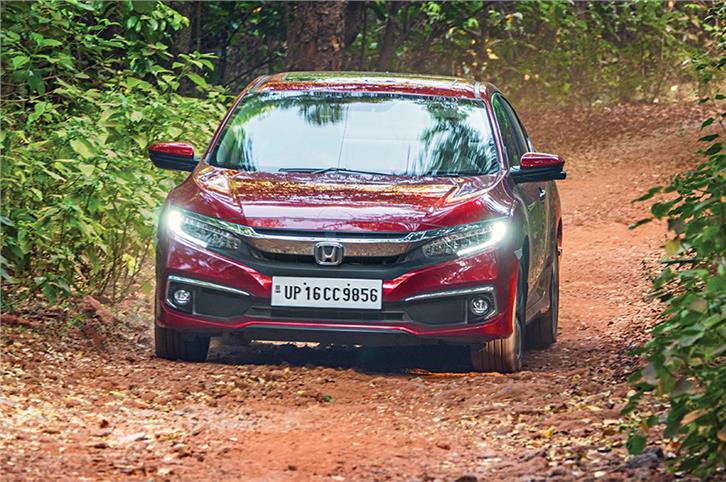 It’s not difficult to understand why we give so much importance to the ground clearance of a car. Deep potholes and ruts, speed breakers posing as small hills, and roads with sawed off verges are a constant to threat to the underbody of a car, which needs to be jacked up sufficiently high to keep it out of harm’s way. Ground clearance is why SUVs rule our roads, and ground clearance, or rather the lack of it, was a big problem with the previous Civic. It’s a painful lesson Honda has taken to heart, and has, in fact, now gone to the other extreme by giving the new Civic ground clearance good enough to rival an SUV. And I wanted to test this in earnest on a drive to Mahabaleshwar – my standard initiation process for any fresher in our long-term fleet. 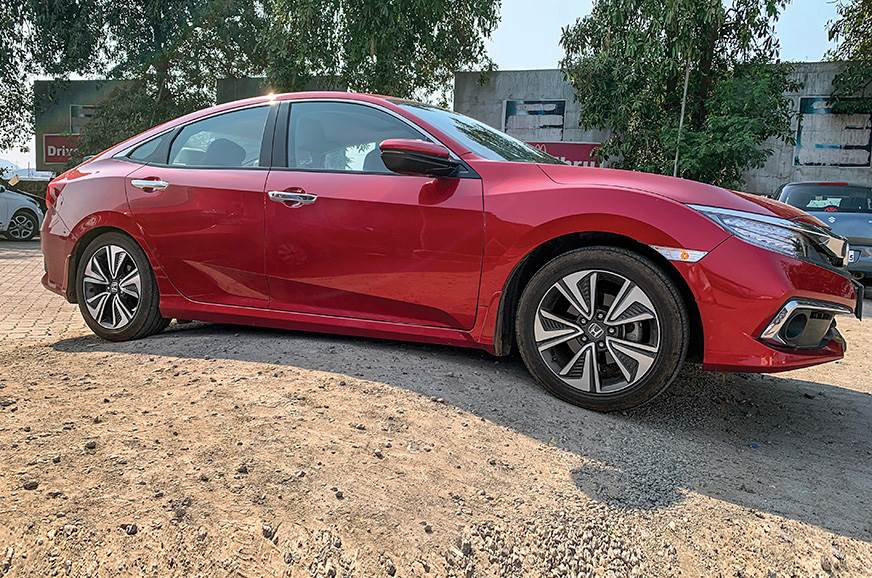 I am happy to report that not once did the Civic’s underbody foul with whatever was thrown at it. Okay, I played it a bit safe by taking the longer but smoother road via Pune, which doesn’t have the nasty ruts and potholes of the Poladpur route that is best tackled with an SUV. The Pune- Bengaluru highway is brilliantly surfaced in comparison – other than diversions for the never-ending road works and a few giant speed breakers, which the Civic coasted over with aplomb. The most difficult bit of the journey was the last 200m, which is a rocky dirt road, leading up to the weekend home. Tackling this little stretch and risking damage to the very attractive alloy wheels worried me, but no, the Civic gingerly hopped over the loose stones and rocks with no drama. 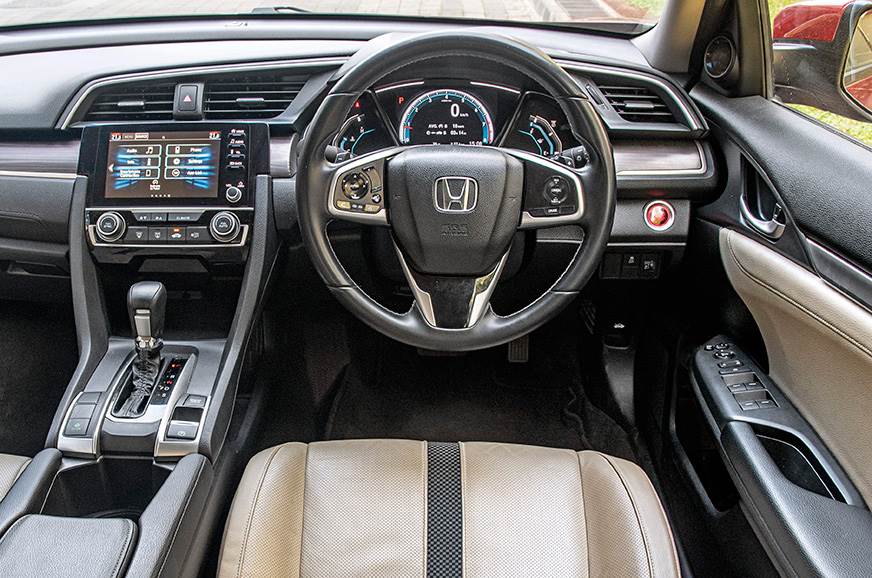 Mahabaleshwar is known for its strawberries and not its quality of roads, which are narrow, poorly surfaced and have jagged edges with a sharp drop off onto the earthen shoulders. And like most hills stations, the roads here are very narrow; so if two cars meet head-on, one has to put two wheels off the road to let the other pass. That’s what I was forced to do after being nudged off by an Innova packed with tourists, all tensed up, expecting a sickening crunch from the underside grazing the road. But, the Civic cleared this test too with flying colours, laying to rest once and for all any doubts I had about its ground clearance, which is amazing for such a low-slung sedan. 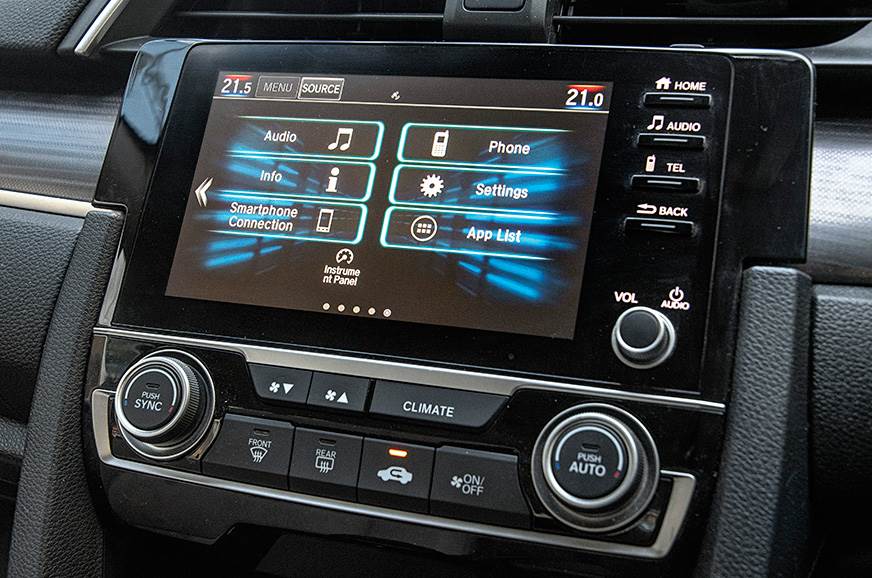 There’s lots more to like about the Civic, and, in fact, the crouched stance is what delivers a sporty driving position. There are few driver’s seats that feel better, and the way the Civic’s wraps itself around you makes you feel one with the car. The ergonomics are simply the best I’ve experienced in any car at this price point. All the instruments, the high-set touchscreen, and switchgear (all back-lit at night) can be glanced at without moving your head. The seats too are incredibly comfortable; I was blown away with how fresh I emerged from such a low perch after four hours of driving. 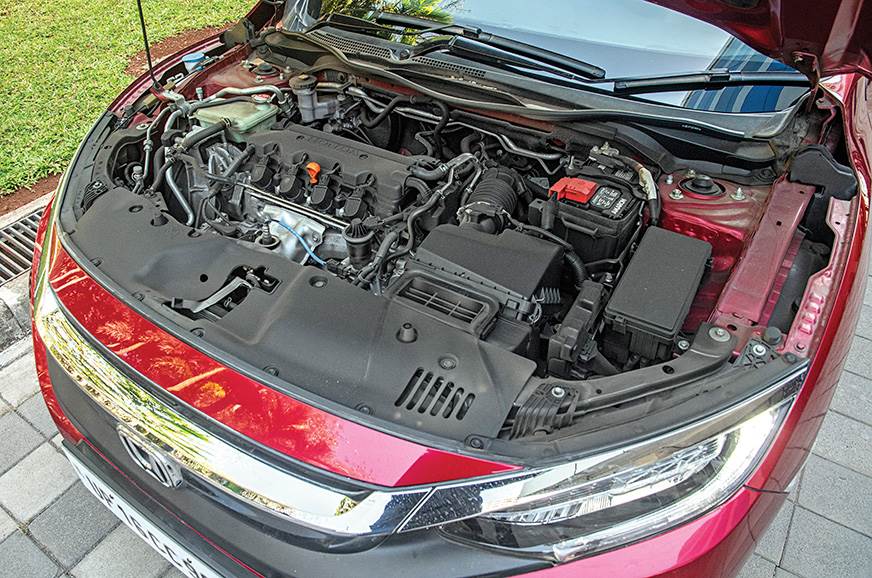 The weakest link in an otherwise very well-conceived car has got to be the rather underwhelming (for a Honda) 1.8-litre naturally aspirated engine. It’s got a flat mid-range and needed to be worked hard to keep pace with some of the faster cars on the Wai ghat before Mahabaleshwar. The 1.8 i-VTEC feels like the oldschool engine that it is, and even gives a bit of a bad name to the CVT, which is not as dire as it’s made out to be. Use the steering-mounted paddleshifters to select the pre-set ratios and the gearbox feels genuinely sporty. In ‘S’ mode, the transmission software holds onto a ratio like in a manual and the downshifts too are pretty effective. In fact, I find myself always reaching for the nicely crafted paddles, except when I’m driving in town where I let the CVT do its job.

But do you know what I like best about this car? It’s the design. Despite the sense of overfamiliarity after living with the Civic, it still makes me smile every time I look at it.