Due in 2022, new Civic Type R likely to be last of Honda’s pure petrol-powered models. 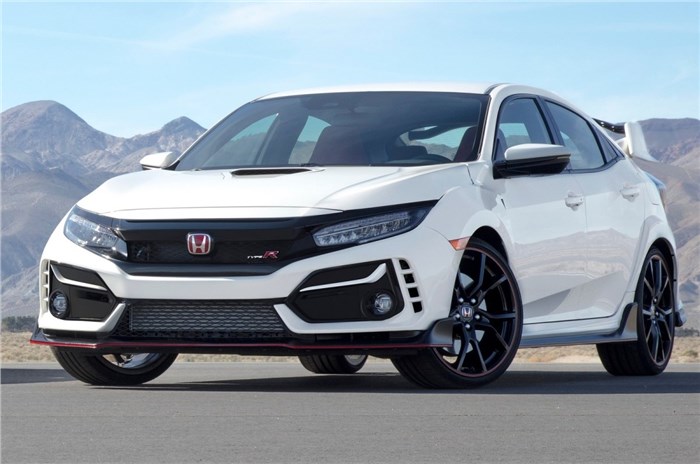 The new Honda Civic Type R, will not be included in Honda’s plans to electrify its entire line-up by 2022 and will retain a high-output turbo petrol engine, our sister publication Autocar UK has learned.

In late 2019, Honda brought forward its plan to offer hybrid or fully electric variants of every mainstream model from 2025 to 2022 due to “the pace of change in regulation, the market and consumer behaviour in Europe”, said Honda Europe’s senior vice-president, Tom Gardner.

But that plan will exclude the upcoming Type R version of the 11th-generation Civic, which, will be one of the last purely petrol-powered Hondas on sale.

Honda confirmed the development of a new Civic Type R during the unveiling of the Civic sedan prototype late last year. The standard car is expected to make its global debut by early 2022 with the Type R to follow.

With the hatchback bodystyle vastly more popular than the sedan in Western Europe, it’s expected that the Type R will once again be based on the five-door. The outlandish design of the current car will evolve but is unlikely to be toned down too much – and Honda may offer a more subtly styled, wingless Sport Line variant as with the current model. Spy shots of the next-gen Type R support this idea while also revealing what appears to be a longer wheelbase than today’s car to boost passenger space.

Honda to step-up its game with new Civic’s interior

Honda promises a “dramatic interior makeover” for the Mk11 Civic. Expect perceived quality improvements and a more mature look and feel, plus substantially overhauled infotainment, since Honda bosses have previously admitted to Autocar UK that the company is currently behind other firms with such tech.

The usual racy addenda, such as sports seats, red detailing and the signature aluminium gearknob, will mark out the Type R version.

It is expected that the powertrain will be as evolutionary as the model’s exterior. A version of the current car’s widely praised ‘K20C1’ 2.0-litre direct-injection turbo four-cylinder is tipped to power by the new Type R, albeit with a number of upgrades to boost both performance and efficiency.

Given today’s Civic Type R is already approaching the limits of what’s possible with a front-wheel-drive car, outright power output may not be substantially greater than the current 320hp, but we could see improvements to the engine’s turbocharger response and torque delivery.

Technical details of the Mk11 Civic’s chassis have yet to be revealed, but major changes to the layout or configuration are not expected.

For the Type R, that should mean a return of the dual-axis strut front suspension, with an advanced limited-slip differential to help control the power coming through the front axle. At the rear, a multi-link set-up is likely to be retained, while adaptive damping will allow the hot Civic to offer greater differentiation between its comfort-oriented and racier drive modes.

Honda sold two generations of the Civic in India. The executive sedan first arrived with the eight-gen model back in 2006 before eventually being discontinued in 2012. The next version to arrive was the tenth-gen sedan which was launched in early 2019.

The tenth-gen model though proved to be a slow seller for Honda with the sedan attracting significant discounts month on month. Honda eventually pulled the plug on the tenth-gen sedan alongside the slow selling CR-V, late last year as the company announced the shut-down of production at its Greater Noida facility owing to being unable to fully utilise its capacity due to a fall in demand. The plant handled the manufacturing and assembly of the Civic, CR-V and the City though the latter was shifted completely to the carmaker’s Tapukara facility in Rajasthan.

It remains to be seen if Honda will decide to launch the eleventh-gen Civic in India once it makes its global debut.