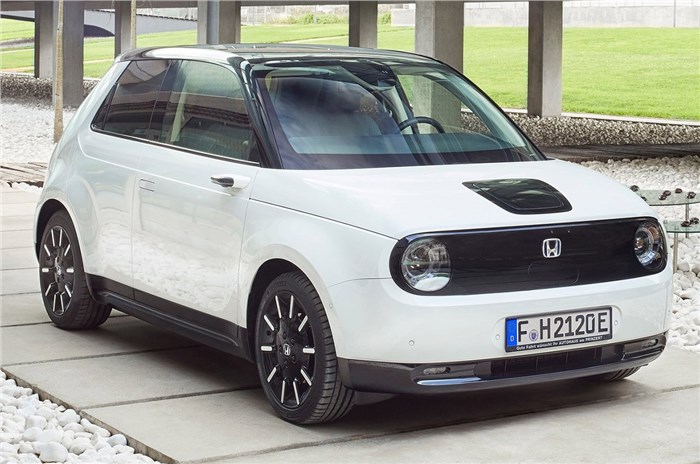 Honda will end production of conventional combustion motors by 2040 as it embarks on a wide-reaching drive to achieve total carbon neutrality by 2050 and to advance the development of its zero-emission powertrain solutions.

Company president Toshihiro Mibe detailed a series of ambitious objectives at a press conference in Japan today, where he solidified the brand's commitment to leading "advancements which will be made in the areas of mobility, the power unit, energy and robotics".

By 2050, Honda aims to achieve carbon neutrality across "all products and corporate activities", which will see it shift focus predominantly to developing environmentally friendly powertrains and overhauling its supply chain to ensure products are "made from 100 percent sustainable materials".

The brand had already confirmed it would offer exclusively electrified passenger cars in Europe by the end of 2022, but is now solidifying its global electrification strategy for the coming years. By 2030, Honda plans for 40 percent of its sales to be pure-electric or fuel cell (FCEV) vehicles, rising to 80 percent by 2035 and 100 percent by 2040.

Specific goals for the European market have yet to be fully detailed, but a strategic partnership with General Motors will accelerate electrification efforts in North America, while a total of 10 new Honda-badged EVs will be launched in the Chinese market "within five years" - the first of which will be the production version of the e:prototype shown at Shanghai.

Set to develop a range of EVs based on company’s new 'e:Architecture' platform

Honda has also confirmed that in the second half of the decade, it will launch a range of EVs atop its new 'e:Architecture' platform. The models will arrive in the US first, before being rolled out to other regions.

The Cruise Origin self-driving EV being jointly developed by Honda and GM will begin testing later this year and is destined to arrive in the Japanese market in the mid-2020s. This partnership will also help Honda to expand its FCEV line-up.

To "secure the high competitiveness" of its next-generation electric vehicles, Honda is also conducting research into the viability of solid-state batteries - which offer increased capacity over conventional lithium ion units - and plans for the technology to arrive in production vehicles in the second half of the 2020s.

All models in “developed countries” to come with ADAS by 2030

Also outlined in the press conference was a goal to eradicate fatal collisions involving Honda motorcycles and cars by 2050. In line with that, Honda vowed to include 'omnidirectional ADAS' systems to all models launched in "developed countries" by 2030, and to enhance the intelligence of its advanced driver aids.

Overall, the manufacturer will invest the equivalent of £33.5 billion (Rs 3.48 lakh crore approx.) in research and development over the next six years - and it has pledged to take "necessary measures, including alliances" as quickly as possible.

India has been no stranger to Honda’s electrified models with the carmaker having previously sold the eight-gen Civic with a petrol-hybrid powertrain followed by the ninth-gen Accord which arrived in 2016 as a hybrid-only sedan but bowed out a few years later.

The carmaker is now set to have another go at a hybrid model, this time based on the popular City mid-size sedan. Revealed in international markets last year, the new City hybrid uses a dual electric motor set-up with one mounted to the car’s petrol engine as an integrated starter generator and the second, powering the front wheel in conjunction with the engine.