The popular S660 roadster could be replaced by an all-electric car in Japan that could be based on the Sports EV concept. 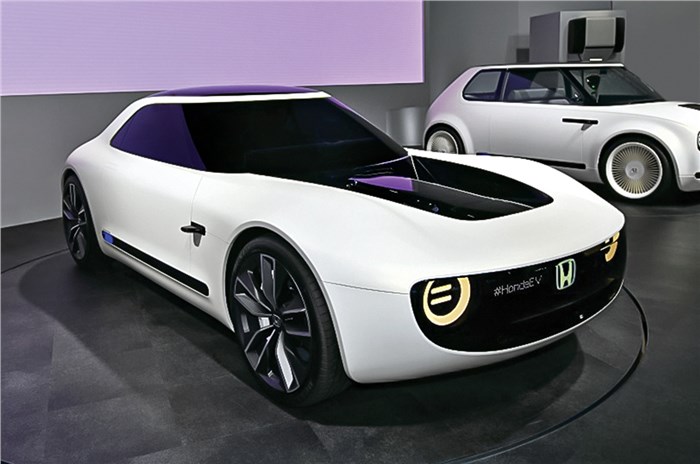 Due to several tax and insurance benefits, the Japanese market was once flooded with Kei cars, which were compact vehicles with small-capacity engines. However, with various tax reforms over the years, benefits to Kei car owners kept diminishing, resulting in fewer offerings in this space. Among the carmakers that still have multiple micro cars in Japan is Honda, and one of the popular models is the Honda S660, a two-seater convertible sportscar.

Recently, Honda announced that it will be pulling the plug on the S660’s production in March 2022. There isn’t likely to be a new-generation internal combustion replacement, and its successor could be an all-electric offering. This S660 replacement, which is under development, could be based on the Sports EV concept showcased at the 2017 Tokyo Motor Show. Backing this news is the fact that, in 2019, Honda filed for design patents in Japan that looked similar to the concept.

This new Sports EV will be a two-door coupe with bulbous wheel arches and clean lines, and it will sport cutesy-retro design elements like the circular headlamps and a blacked-out enclosed grille area similar to the Honda E hatchback. It is also likely to share its underpinnings and rear-wheel-drive layout with the hatchback, and could use the same 35.5kWh battery pack as the Honda E, which helps generate 154hp and extracts up to 220km of range from the motor.

There isn’t any news of Honda bringing this all-electric two-door car to India. This could be for various reasons such as costs, practicality and even demand. But do you think an offering like the Honda Sports EV would find takers in India, and at what price? Comment below and let us know your thoughts.

Honda N7X based SUV to be unveiled in August 2021