After receiving more than 2,300 bookings for its all-electric SUV, MG India has closed the order books well before the official launch and price announcement on January 23. 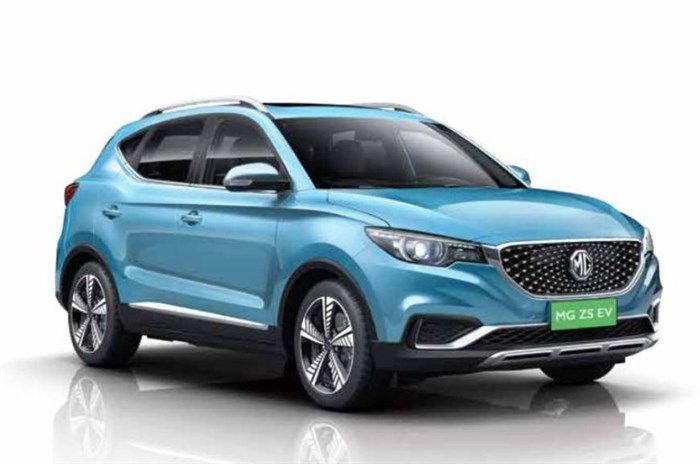 In what is a rare instance of a carmaker closing bookings for a product before its launch and price announcement, MG has temporarily closed order books for its all-electric SUV, the ZS EV. What is impressive, though, is that the MG ZS EV has already gathered 2,300 bookings in less than a month since MG officially opened order books on December 21, 2019.

2,300 is a significant amount of orders for an electric vehicle in India, and is partly down to MG's growing popularity with the Indian buyer. The pull of the MG brand is strong as its first model, the Hector, made waves when it was launched last year and still is a formidable contender in the midsize SUV segment.

The MG ZS EV's India launch has been scheduled for January 23, which is when exclusive pricing for the first set of buyers will be revealed. This price is likely to be revised when MG reopens bookings for the ZS EV.

To recap, the MG ZS EV gets a 44.5kWh liquid-cooled battery pack, which powers an electric motor that produces 143hp and 353Nm of torque. All that power is sent to the front wheels via a single-speed automatic gearbox. The MG ZS EV's ARAI-certified range on a full charge is pegged at 340km.

Part of the MG ZS EV's features list are automatic projector headlights with LED DRLs, an 8.0-inch touchscreen, keyless entry/go, a tyre pressure monitoring system, 17-inch alloy wheels and an electronic parking brake, which come standard on the base Excite variant. The top-spec Exclusive model will come with a panoramic sunroof, leatherette seats, a power-adjustable driver’s seat, a PM 2.5 filter in the cabin and rain-sensing wipers. Both variants will get safety features like ABS with EBD, ESC, six airbags, hill-start assist, hill-descent control, a rear parking camera and rear sensors as standard.

MG has set up 50kW DC fast chargers at select dealerships that can recharge the battery of the ZS EV from 0-80 percent in just 50 minutes. MG will provide a 7.4kW AC charger (which can recharge the battery fully in 6-8 hours) at every ZS EV buyer's home/office. MG will even provide a portable charging cable with the ZS EV, which can be used with any 15A electrical socket, making charging slightly more accessible in emergency situations.

At launch, MG will sell the ZS EV in five cities across India – Delhi, Mumbai, Ahmedabad, Bengaluru and Hyderabad. The MG ZS EV's prices are expected to start at Rs 22 lakh, which will see it go up against the Hyundai Kona Electric.