New electric SUV from MG Motor is set to follow in the footsteps of the hugely popular Hector, but with a zero carbon footprint. 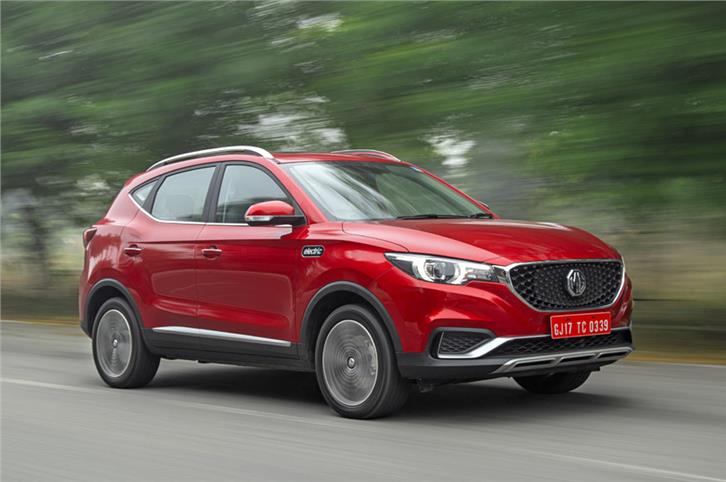 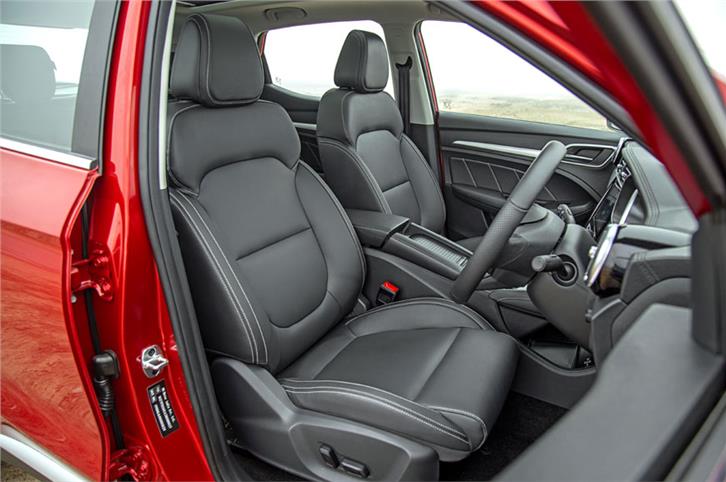 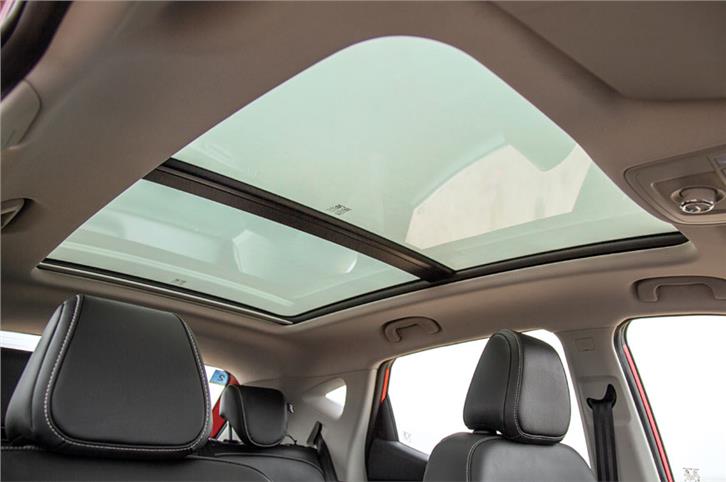 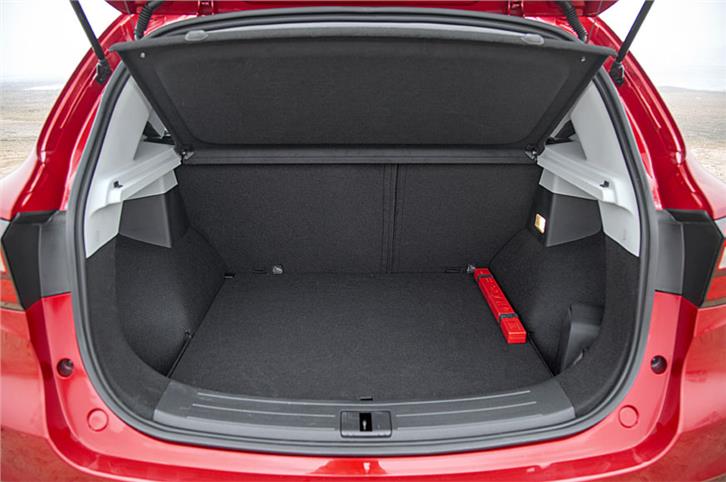 MG had an electric start to its innings in India, with the Hector becoming an overnight success. However, with the buzz rapidly shifting to electric mobility, MG has wasted no time in introducing the ZS EV SUV. We drove the prototype a few months ago and were thoroughly impressed, but how much has changed since, and has the production model carried over all the bits we loved? 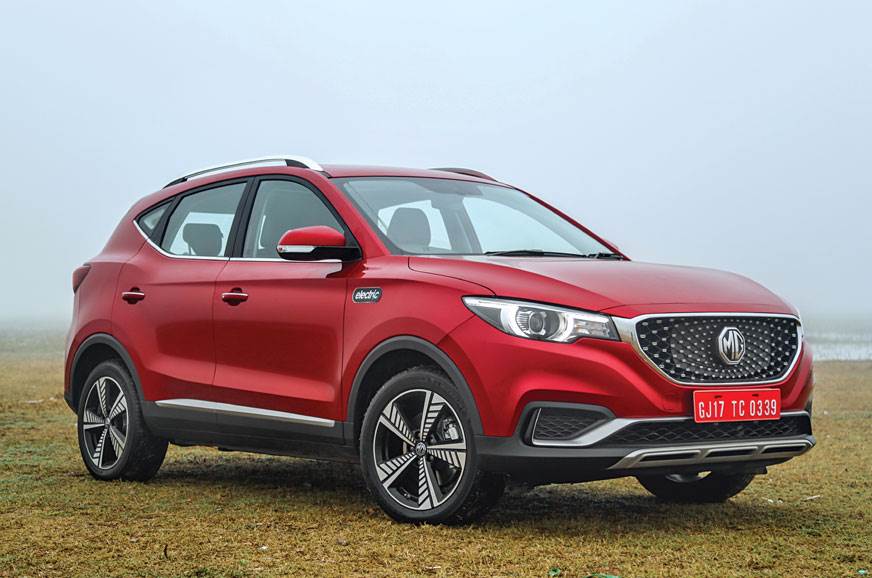 On the outside, there’s no family resemblance linking it to the Hector, other than the MG badge; and the production-spec SUV looks exactly like the protoype other than the ‘Internet Inside’ badging at the rear.

Inside, little has changed. You get a generous use of leather throughout the cabin and the quality of materials is very good. The 8.0-inch touchscreen is responsive and the buttons for the KERS and drive modes feel high quality. Ergonomically, everything is where you’d expect it to be, except for the USB ports, which are hidden under the centre console. In the rear, you get a good amount of room and seat comfort, too, is a lot better than its rival in India, the Hyundai Kona. 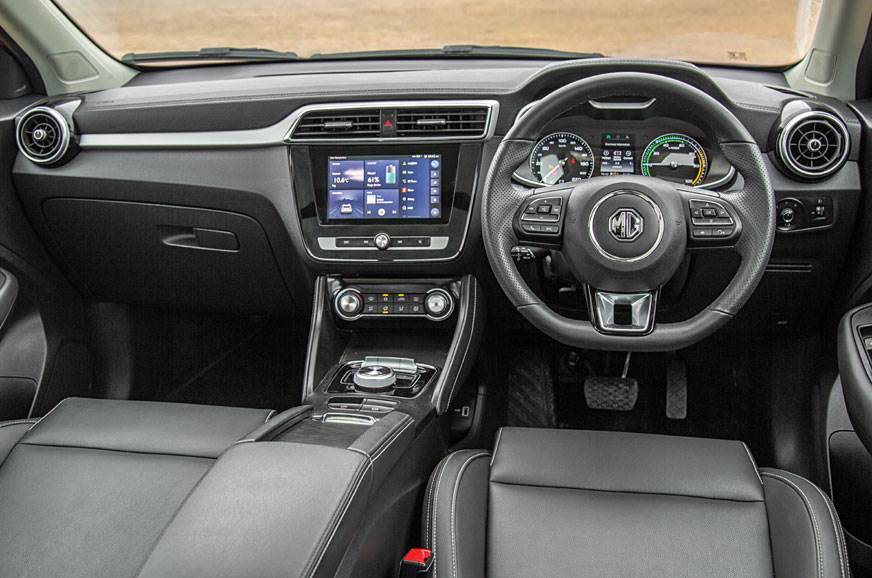 Equipment list is as lengthy as on the Kona. You do miss some bits, like telescopic adjust for the steering, but you get a panoramic sunroof and the iSMART voice-command system with an embedded SIM (like on the Hector). The inclusion of a PM 2.5 filter is a nice touch. It keeps the air inside the car a lot cleaner.

All said and done, it is the heart of the ZS that is its USP. The permanent magnet synchronous motor makes 142.7hp and 353Nm of torque; all of which is available as soon as you flex your right foot. However, when it comes to electric SUVs, performance takes a back seat to range, which has higher priority. Thanks to the big, 44.5kWh lithium-ion battery pack (which is also IP67-certified) the ZS claims to cover a good 340km on a single charge. Though this number is achieved under optimised testing conditions, you can still expect a real-world range of around 260-290km on a fully charged battery. 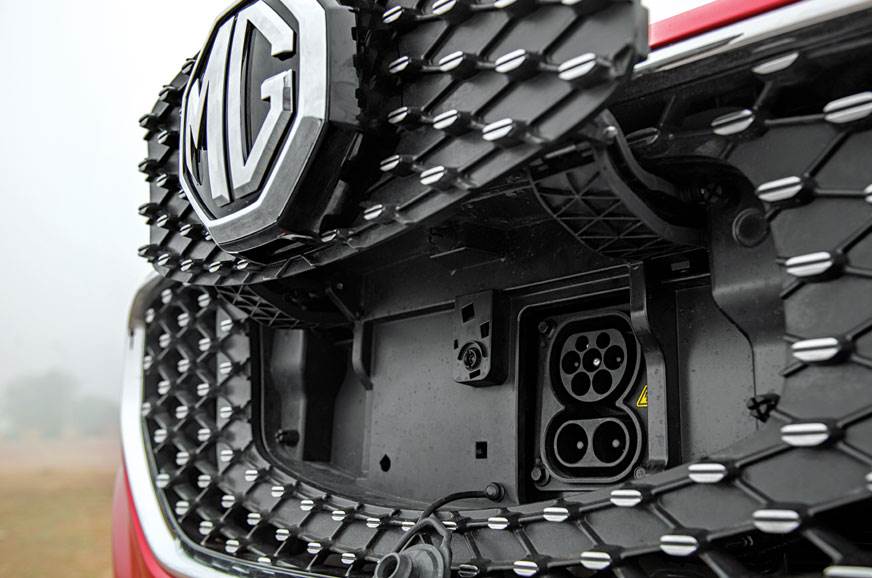 Speaking of which, the other crucial aspect is the battery-charging time. As standard, the ZS gets a 7.4kW AC charger that MG will install free of cost at your home or workplace. Then there is the 50kW DC fast charger, which can juice-up 0-80 percent in just 50min. These fast chargers have been installed at select MG dealerships and are accessible whenever required. In addition, you can also charge the ZS via a 15A socket using a conventional three-pin charger. This will take a long time (typically between 16-18 hours) but is more of a precautionary measure in case you are stranded without fast charging. Lastly, MG has also appointed mobile charging vans on select routes, which can be called upon for a quick top-up.

So clearly, MG Motor has done all it can to lessen range anxiety that most users would have. Additionally, you also get the Kinetic Energy Recovery System (KERS), which essentially charges the battery when decelerating and braking. You can modulate the KERS level via a toggle switch, but you don’t have paddles to manually control it, like on the Kona. In its highest KERS setting, the ZS decelerates in a linear manner, unlike the Hyundai; so it takes a fair bit of time to charge the battery this way. Battery performance also changes significantly, depending on your drive mode. In Sport, you have the best response and performance, so naturally, it uses up a lot of charge. Comfort mode strikes a fine balance, while in ECO mode, the EV is in its most conservative setting, where responses are dulled for that extra gain in range. 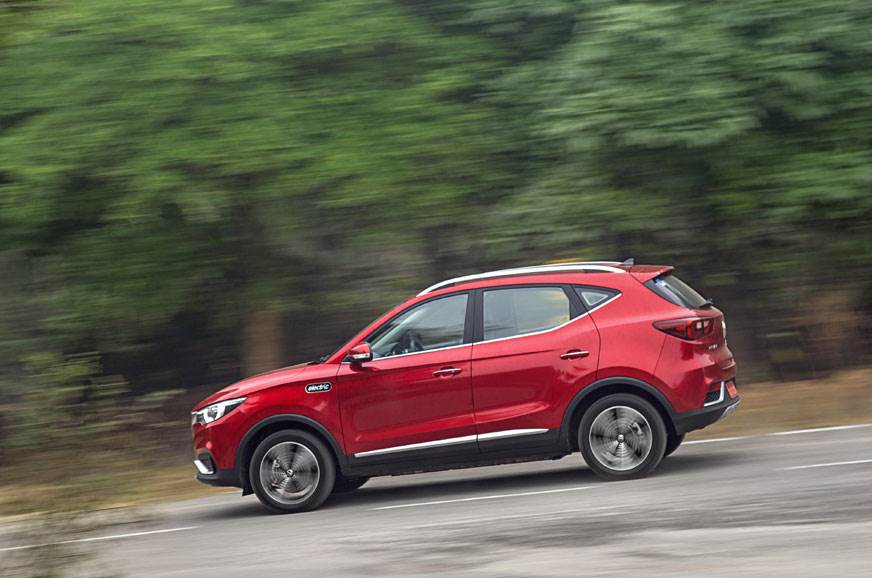 In terms of driving, the steering lacks feedback, but body roll is well contained and there is decent grip in the corners. The ride is well sorted and, apart from sharp bumps, the suspension manages to soak up most broken patches.

Overall, the ZS is hard to fault. It is practical, has an extensive features list, is spacious on the inside, has a decent boot and its claimed range of 340km is more than enough for some intra-city commute as well. To challenge the Hyundai Kona Electric (which is a tad too expensive) and the upcoming Tata Nexon EV (which is likely to be a lot cheaper) MG Motor India will have to find the Goldilocks spot between the two to slate its new EV. However, unlike the Kona, the ZS EV will be available in two variants– Excite and Exclusive, with the latter being the top-spec model. TheExcite will miss out on some features like the panoramic sunroof and iSMART connectivity, but is expected to be priced a lot more aggressively to challenge the Tata Nexon. The ZS also has a strong backing with the five years/unlimited-kilometre warranty, five years of no labour charge and five-year free roadside assistance.

The ZS is a highly promising e-SUV – one that can effectively set the tone for other upcoming electric vehicles in the Indian market.