The all-electric SUV is slated to launch in January 2020 with a special introductory price for the first 1,000 customers. 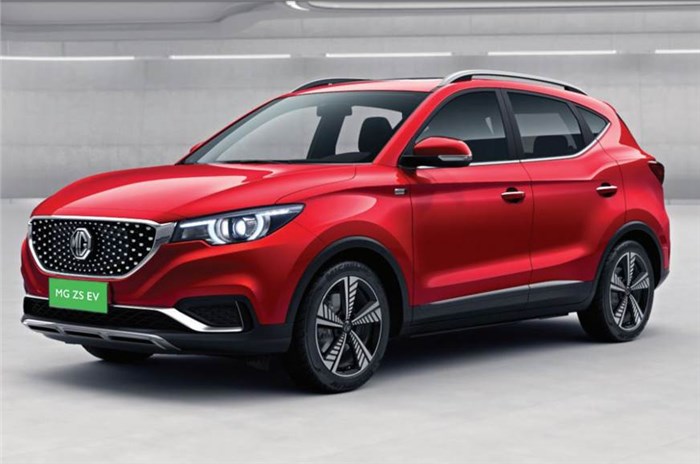 MG Motor India has announced that bookings for its second model for our market, the ZS EV, have commenced on its website and at select dealerships across five cities - Delhi, Mumbai, Ahmedabad, Bengaluru and Hyderabad. The booking amount has been pegged at Rs 50,000.

The all-electric offering is slated to go on sale in January 2020 in the aforementioned cities at a "special introductory price for the first 1,000 customers", according to the company. This strategy could be similar to the one implemented with the Hector which was launched earlier this year. The conventionally-powered mid-size SUV's introductory price of Rs 12.18-16.88 lakh (ex-showroom, India) was hiked by Rs 30,000-40,000 a few months after the initial launch.

Building on the MG Shield offering that was introduced with the Hector, the company has announced a special aftersales initiative dubbed eShield. As part of the package, ZS EV owners will be offered free of charge 5 year/unlimited km manufacturer warranty on the vehicle and an 8 year/1,50,000 km warranty on the lithium-ion battery. eShield also encompasses 24x7 roadside assistance (RSA) for a period of 5 years, applicable only for private buyers.

The India-spec ZS EV, which was unveiled earlier this month, comes equipped with a 143hp/353Nm e-motor powering the front wheel via a single-speed automatic transmission. A 44.5kWh liquid-cooled battery pack resting beneath the floor is capable of delivering a claimed range of 340km.

MG has set up 50kW DC fast chargers at select dealerships that can juice up the battery from 0-80 percent in 50 minutes. A 7.4kW AC charger, which the company will install at the customer's home/office, can replenish the battery with a full charge within 6-8 hours. The automaker is even providing a portable charging cable with the ZS EV that can be plugged into any 15 ampere electrical socket.

To further address the paucity of charging infrastructure, MG plans to create a charging network across its dealerships in select satellite towns along key routes and also provide "charge-on-the-go" facilities to prospective owners.

Moreover, taking responsibility for safe handling and systematic disposal of end-of-life battery packs of the ZS EV, MG has partnered with companies like Exicom Tele-systems and Umicore.

When it goes on sale next month, the ZS EV is expected to be priced at Rs 22 lakh (estimated, ex-showroom, pan-India) and go head-to-head with the Hyundai Kona Electric in India's growing EV market.