MG ZS EV debuts in India ahead of January 2020 launch

MG ZS EV will rival the Hyundai Kona EV; likely to be priced from Rs 22 lakh. 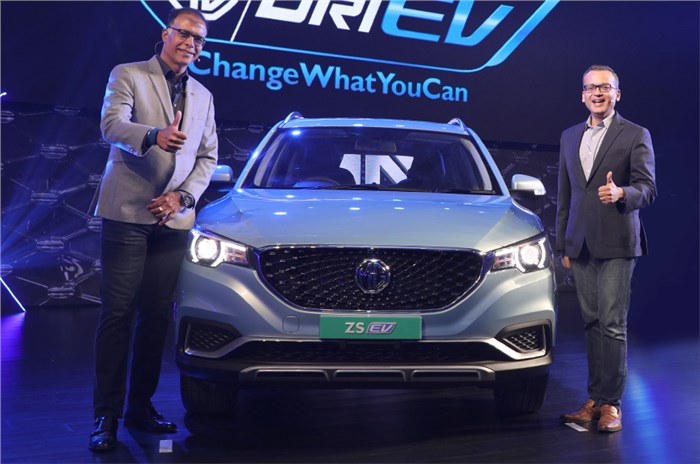 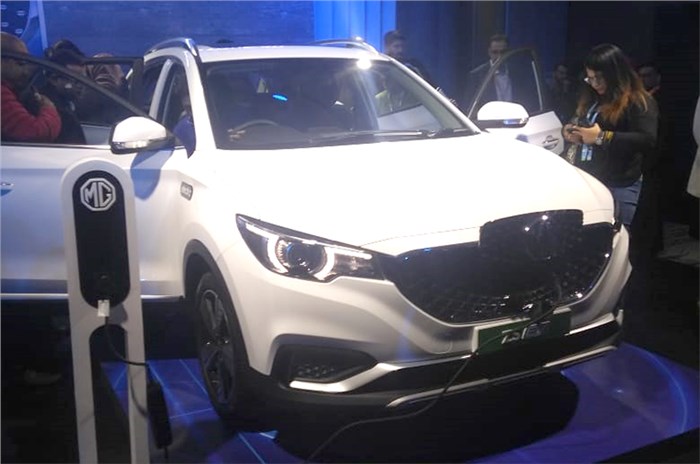 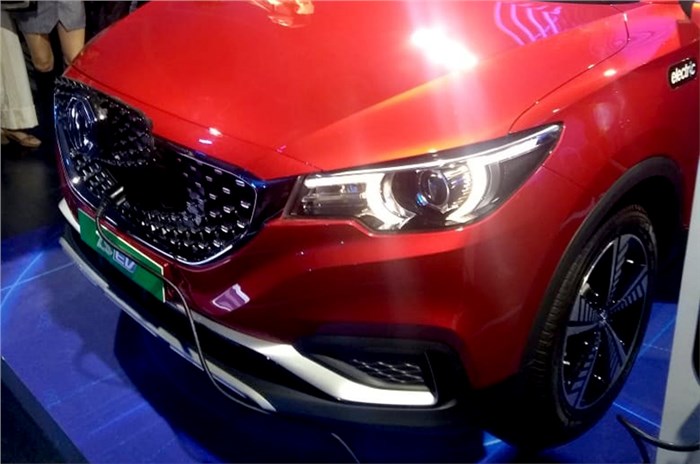 MG Motor India has unveiled its second product, the ZS EV, in the Indian market. The all-electric SUV is based on the popular MG ZS that is sold abroad; however, the company will only sell the EV variant in India. The MG ZS EV is a 4314mm long five-seat SUV that is aimed squarely at the Hyundai Kona EV.

The electric SUV comes with an electric motor which puts out 143hp/353Nm, enough to complete 0-100kph in a claimed 8.5 seconds.  The motor will draw power from a 44.5kWh, liquid-cooled lithium-ion battery, delivering a claimed range of 340km. The battery pack will feature a sophisticated  management system and an IP-67 rating, meaning its water-resistant upto 1 metre. The EV also gets three driving modes and three levels of regenerative braking.

The ZS EV will reach from 0 to 80 percent battery capacity within 50 minutes via a 50 kW DC fast charger, while a 7.4 kW AC home charger, which MG will setup at owners’ homes or offices, will take around 6 - 8 hours for a full charge. MG India will provide an on-board cable with the ZS EV that can be plugged into a wall socket. The carmaker is also setting up a DC fast charging network at select MG showrooms, with plans to expand the network to dealerships even in satellite cities.

MG revealed that the ZS will come with an updated version of the Hector’s infotainment system dubbed, iSmart EV 2.0. It comes with an embedded SIM card for internet connectivity and also has the ability to connect to an external home Wi-Fi network or mobile hotspot. The iSmart EV 2.0 features real-time maps with charging station locator from TomTom, music from Gaana app and weather by Accuweather. The updated system also gets a new graphic interface and improved hardware over the Hector’s iSmart system.

To further its green quotient, the ZS EV has a CO2 saver feature which displays the amount of carbon-dioxide the owners are saving in real-time. It also comes equipped with an inbuilt PM 2.5 air filter in the cabin.

The ZS EV will be initially sold only in five cities – namely Delhi-NCR, Mumbai, Hyderabad, Bengaluru and Ahmedabad. Production for the MG ZS EV will start later this month at the brand’s Halol plant in Gujarat.