MG’s new flagship SUV in India is expected to launch by Diwali 2020 with a new 2.0-litre diesel engine. 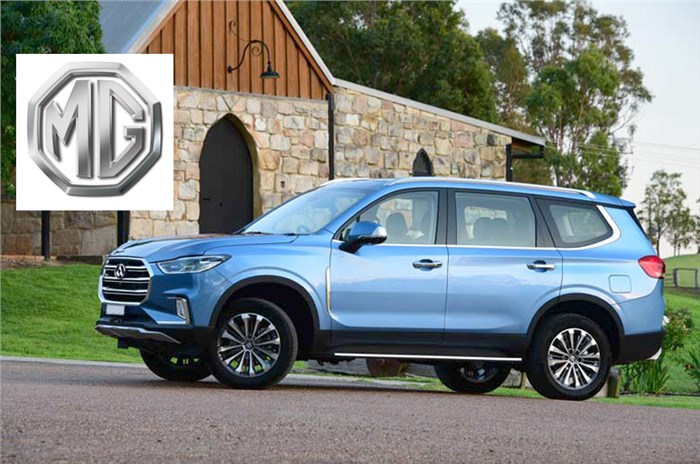 MG Motor India has been on a roll since the Hector launched last year. The British brand will introduce its second product – the all-electric ZS EV – on January 27, 2020, and has big plans for the Auto Expo 2020. From the 14-car line-up announced yesterday, we can now confirm that one of the SUVs will be the brand’s new flagship model – MG’s version of the Maxus D90, which will launch with a new name for our market.

Scheduled to launch in India by Diwali 2020, the D90 is currently on sale in some Asian markets under the Maxus brand name, though it is also sold in Australia as the LDV 90 – like MG Motor, both these companies are subsidiaries of SAIC.

When it arrives in India, MG’s full-size, three-row SUV will take on the likes of the Ford Endeavour, Toyota Fortuner and Mahindra Alturas G4, and like those SUVs, it is built on a ladder-frame architecture. While the Hector is by no means a small SUV, it is dwarfed by the D90. With a 5,005mm length, 1,932mm width, 1,875mm height and 2,950mm wheelbase, the D90 is even larger than the Alturas G4. Expect cabin space to be class-leading.

Coming to the interiors, the D90 is expected to be quite feature-rich, if the international model is anything to go by. For the Chinese market, the range-topping version comes with a 12.3-inch touchscreen infotainment system, an 8.0-inch digital instrument cluster, three-zone climate control, cooled/heated seats, a panoramic sunroof and a 360-degree camera. That model is also equipped with safety features such as autonomous emergency braking, lane keeping assist and the automatic parking function. The SUV for India is expected to at least sport six airbags, ABS with EBD, ESP and Isofix child-seat mounts.

A 2.0-litre turbo-petrol engine, which makes 224hp and 360Nm of peak torque, paired to either a 6-speed or automatic gearbox is standard on the China-spec Maxus D90, though that’s not the engine that is expected to generate sales in India. We had recently reported that MG’s parent company SAIC was working on a new 2.0-litre twin-turbo diesel engine that will produce 218hp and 480Nm of peak torque - a unit that  will be a lot more in sync with the muscular nature of the D90.

Prices for the entry-level variant of the MG flagship SUV is expected to be around the Rs 27 lakh mark with top-spec versions retailing at about Rs 35 lakh.

Besides the MG-badged Maxus D90, the brand’s 2020 Auto Expo stand will also include the six-seat Hector, the Vision-i MPV concept and more. Stay tuned.

Do you think the MG Maxus D90 will be a proper rival to the Mahindra Alturas G4, Toyota Fortuner and Ford Endeavour? Let us know in the comments below.