SAIC-owned British brand to bring the 5m+, 7-seat SUV to India within 18 months of the launch of the MG Hector. 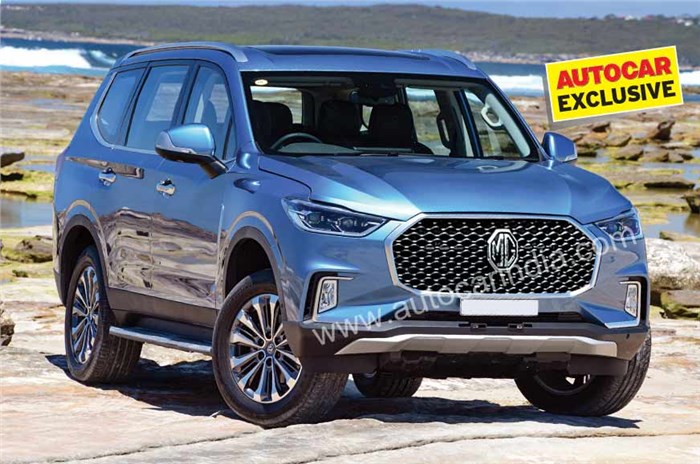 MG Motor India has laid plans to expand rapidly in the country. The company has already confirmed the launch of its eZS electric SUV later this year, after it launches the Hector SUV. We can confirm that, before Diwali 2020, MG is expected to bring another SUV – the Maxus D90 – from its parent company SAIC’s portfolio to our market.

Like its expected rivals in India – the Toyota Fortuner and Ford Endeavour – the D90 is built on a light truck platform and sports a chunky SUV design, a massive front cowl, adaptive LED headlamps, large dual-tone alloy wheels (ranging from 17-inchers to 21-inchers), and a large and long cabin.

It’s also quite a bit larger than the Hector, which is by no means a small SUV. With its 5,005mm length, 1,932mm width, 1,875mm height and 2,950mm wheelbase, the Maxus D90 is bigger on every front than even the Mahindra Alturas G4. This, in part, explains the spacious cabin area.

Speaking of its interiors, the D90 SUV, which may have a different name for India under the MG brand, will have quite a feature-rich cabin. The China-spec Maxus D90 gets features like a 12.3-inch touchscreen infotainment system, an 8.0-inch digital instrument cluster, cooled/heated seats, three-zone climate control, a panoramic sunroof, a 360-degree camera and more. In terms of safety kit, the India-spec model should get six airbags, ABS with EBD, ESP and Isofix child seat mounts. Whether more advanced safety features such as autonomous emergency braking, lane keeping assist and the automatic parking function, which are available on international models, will come to India is yet unconfirmed.

While the Chinese market has the D90 with a 2.0-litre turbo-petrol engine that makes 224hp and 360Nm of peak torque (and is paired to either a 6-speed manual or a 6-speed automatic gearbox), a source at the company tells us that a diesel variant is also being worked on, which will give it real appeal in India. Like its rivals in the Indian market, it is expected to come with a four-wheel-drive option and a low-range transfer case. Its 210mm of ground clearance, along with seven drive modes (Automatic, Economy, Motion, Snow, Sandy, Mud and Rock), should also add to the D90’s off-road ability.

If the pricing trend in Australia (where it is called the LDV 90) is anything to go by, the India-spec Maxus D90 in top-spec form is likely to be priced in the Rs 30-35 lakh bracket. At this price point, it is sure to shake up the big SUV market.