MG Hector sees waiting period of up to 7 months

Expect a long wait for the Hector versions in demand; top-spec 1.5 petrol-DCT Sharp variant is leading booking tally so far. 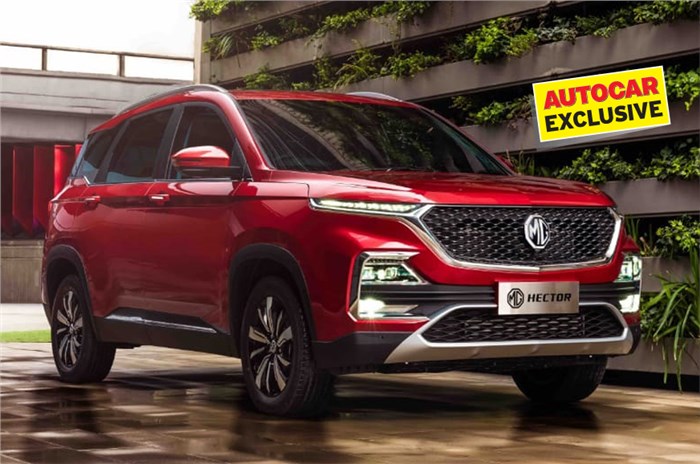 At a time when the automotive industry is seeing a downturn, the strong initial response to the MG Hector comes as welcome news. Bookings for the Hector SUV officially commenced on June 4, 2019, and in the run-up to the price announcement on June 27, MG had received 10,000 orders. As of today, the bookings count has crossed the 13,000 units. The Hector's keen pricing (Rs 12.18- 16.88 lakh, ex-showroom) seems to have been received well.

However, as order books swell, the waiting period for the Hector is also set to increase. MG will initially be able to produce only 2,000 units a month and that means a long wait for buyers, especially those looking at the in-demand versions. According to company sources, the MG Hector’s top-end Sharp variant – equipped with a 1.5-litre petrol and a DCT gearbox (Rs 16.78 lakh) – has the highest demand across India. The waiting period for this variant has crossed six months at most locations, with Delhi being the highest – deliveries in this region are expected to take seven months, if booked now.

We can also confirm that the Hector 1.5-litre petrol-DCT with the Glaze Red paint shade is the most popular of the lot, with a waiting period of over seven months across India. The other two engine-gearbox configurations – the 1.5-litre petrol-hybrid with a manual gearbox and the 2.0-litre diesel with a 6-speed manual – command a waiting period of four and three months, respectively.

The MG Hector diesel Super variant, a great value-for-money buy, is the least in demand and can be delivered relatively quickly – under three months at some locations. This variant misses out on the much-publicised connectivity features but it does come with goodies like alloy wheels and an Apple CarPlay and Android Auto-compatible 10.4-inch touchscreen infotainment system, among others. MG Motor India had earlier focused on building more units of this variant as it is priced close to the Tata Harrier XM (Rs 14.05 lakh) and pips the Harrier in terms of features.

As far as cities go, the demand for the Hector is highest in Cochin, where the only MG dealership in the area has recorded bookings of over 1,000 units. The second-most popular location is Gurgaon where MG’s flagship showroom has accumulated more than 650 bookings, of which around 400 are for the DCT automatic variants.

The Hector rivals the Tata Harrier, Mahindra XUV500, Nissan Kicks, Hyundai Creta and the Renault Captur in the Indian market. It will also see competition from the Kia Seltos that hits showrooms on August 22, 2019.