The Hector SUV is MG Motor India’s first model in the market and will be priced around Rs 15-20 lakh. 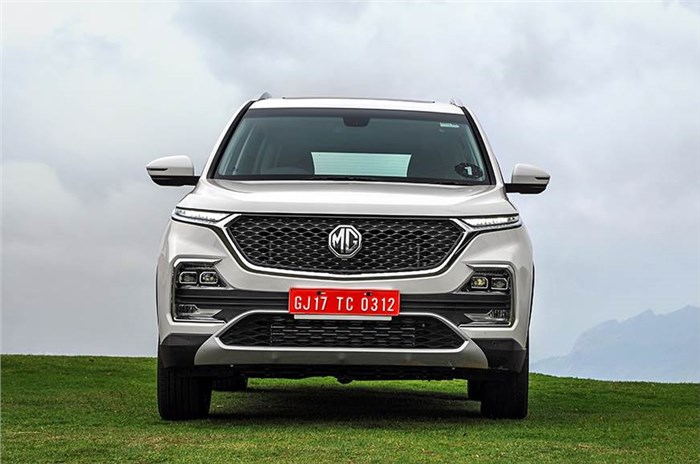 MG Motor is finally set to launch its first product in India, the Hector SUV. The price announcement for the MG Hector will take place on June 27, 2019. MG Motor India began promotional activities for the Hector in May this year and the brand announced that they were officially accepting bookings earlier this month on June 4, 2019; and dealer-level test drives began last week.

The Hector comes with either a 143hp, 1.5-litre turbo-petrol; a 170hp, 2.0-litre diesel; or a 48V mild-hybrid version of the 1.5-litre turbo-petrol, which claims 12 percent more fuel-efficiency than the standard petrol and adds up to 20Nm of additional torque at low speeds. The petrol engine variants get a choice of either a 6-speed manual or a 6-speed dual-clutch automatic gearbox, while the diesel engine is paired only to a 6-speed manual transmission.

A quick check with MG dealers has revealed that a higher number of buyers are opting for the petrol-hybrid variant, with the diesel being the second-most sought-after option. The petrol-automatic variant has also gathered a decent number of bookings, especially at MG dealerships in cities like Mumbai and Delhi.

The Hector comes with a long list of segment-first features, including a 10.4-inch portrait-oriented touchscreen infotainment system with a number of connectivity technologies, along with a panoramic sunroof. It comes with dual airbags as standard, although higher variants get as many as six airbags.

Key rivals to the MG Hector in the Indian market include the Tata Harrier, Mahindra XUV500, Hyundai Creta, Jeep Compass and the upcoming Kia Seltos SUVs.