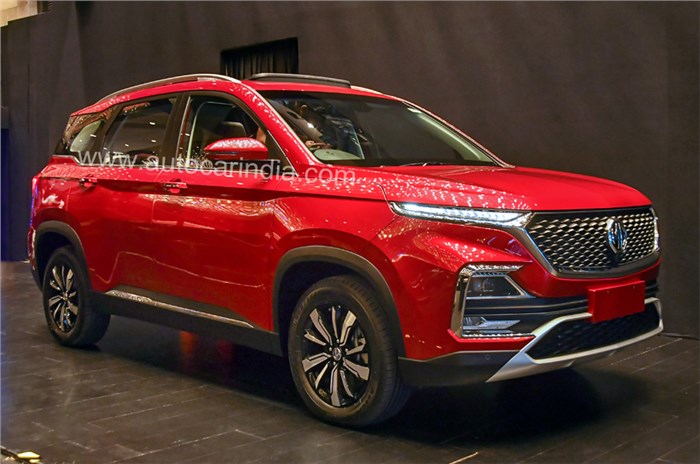 MG Motor India has begun accepting bookings for the Hector SUV on an official basis, starting today, for an amount of Rs 50,000. The carmaker’s first product for India can now be booked online on the brand’s website as well as in multiple showrooms that are expected to open today, including MG’s flagship outlet in New Delhi. A handful of the brand’s dealers had begun accepting bookings for the Hector a few days ago, as reported by us earlier. Prices for the SUV are expected to be announced later this month.

The company had earlier confirmed that, from today, prospective customers will be able to check out the Hector SUV and proceed with bookings at around 120 MG brand outlets spread across 50 cities. However, a ground level check reveals some dealer outlets will be operational by next week and are in final stages of completion.  MG Motor India is aiming to have around 250 touch points ready by September this year.

Engine options for the MG Hector include a 143hp, 1.5-litre turbo-petrol; a 170hp, 2.0-litre diesel; and a 48V mild-hybrid version of the 1.5 turbo-petrol. The SUV will be sold with a five-seat configuration, initially, and the company has exclusively confirmed to us that the seven-seat Hector will hit the markets next year.

Key rivals to the Hector SUV include the likes of the Mahindra XUV500, Jeep Compass and the Tata Harrier. The model comes with a long list of segment-first features, including a 10.4-inch portrait-oriented touchscreen infotainment system with a number of connectivity technologies, a panoramic sunroof, six airbags, and 17-inch alloy wheels, among others.  The company is likely to price the SUV in the Rs 15-20 lakh range.

Apart from the Hector, MG Motor will also launch the eZS electric SUV in India later this year. Additionally, as reported by us, the company will also launch the Maxus SUV next year, which will take on the likes of the Toyota Fortuner and the Ford Endeavour in our market.