MG has started officially accepting bookings online and at its dealerships. Prices are expected to be announced later this month. 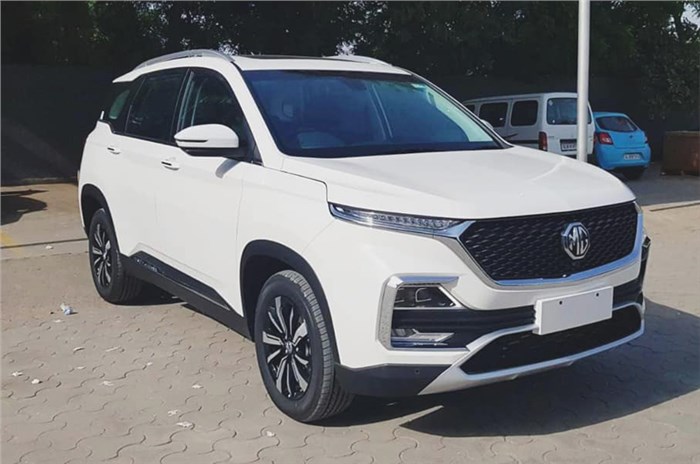 MG has officially revealed its Hector, which will be the British carmaker’s first offering in our market. MG has already officially started accepting bookings at its dealerships and via a portal on its website for an amount of Rs 50,000. While MG has yet to reveal the Hector’s prices, which are expected to be announced later this month, we can now confirm that test drives for MG’s new SUV will begin from June 15.

Powering the Hector will be either a 143hp, 1.5-litre turbo-petrol; a 170hp, 2.0-litre diesel; or a 48V mild-hybrid version of the 1.5 turbo-petrol, which is claimed to be 12 percent more fuel efficient than the standard petrol and gets up to 20Nm of additional torque at low speeds. On the gearbox front, the petrol engine variants get a choice of either a 6-speed manual or a 6-speed dual-clutch automatic gearbox, the diesel engine variants only come with the former.

The Hector is also packed with a long list of segment-first features, including a 10.4-inch portrait-oriented touchscreen infotainment system with a number of connectivity technologies, a panoramic sunroof, and six airbags, among others.

Once launched, the MG Hector is expected to be priced around the Rs 15-20 lakh bracket (ex-showroom). Its main competitors will include the likes of the Mahindra XUV500, Jeep Compass and the Tata Harrier.