Dealers say waiting period for MG Hector up to 5 months depending on the variant; 2 months waiting for the ZS EV. 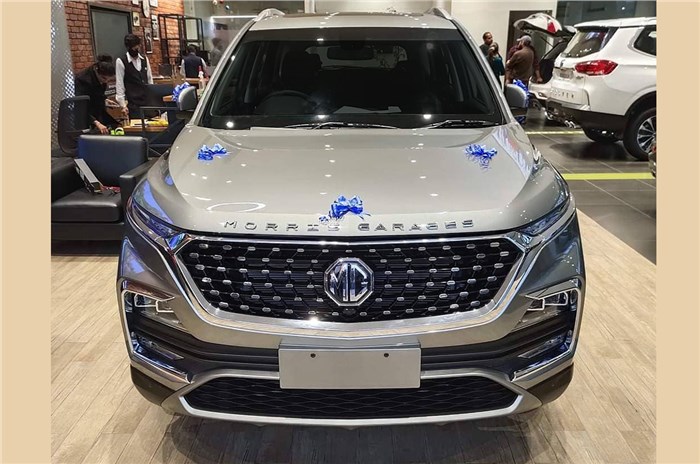 MG Motor India has released a statement on its website saying that customers with existing bookings could have to wait longer to take delivery of their new car.

The carmaker has cited strong demand as the reason for the possible delays in delivery though we believe that the ongoing shortage in semiconductors could also be playing a factor. As per the company’s statement, deliveries could be delayed by between 2 to 3 months with customers asked to check with their dealers for estimated delivery timelines.

As per dealers we spoke to, the MG Hector has an average waiting period of between 2 to 3 months currently for its mid-spec and fully-loaded variant. The same also carries over to the SUV’s three-row sibling the Hector Plus. Interestingly, one dealer revealed to us that the waiting period for the base Hector Style was as high as 5 months. Back in February at the time of releasing its monthly sales figures for January, MG had said that the Hector had a waiting period of around 2 months. The Hector is the carmaker’s most popular model in India having racked up sales of over 50,000 units since its launch about two years ago.

Moving higher in the price range, MG’s all electric ZS EV has a waiting period of up to 2 months. The ZS EV received a model year update earlier this year with an updated battery, revised aspect ratio for the tyres and a raised ride height being the most notable changes.

Coming to the Gloster, MG had earlier in the year revealed that its flagship SUV had a waiting period of up to 4 months.

What’s next from MG India?

MG is currently readying the petrol derivative of the ZS EV for a launch in the Indian market. The conventionally-powered SUV is set to be based on the facelifted ZS on sale in international markets though it is expected to go by a different name to give it a different identity.