Carmaker reaches production milestone for the Hector a little under 2 years after its launch. 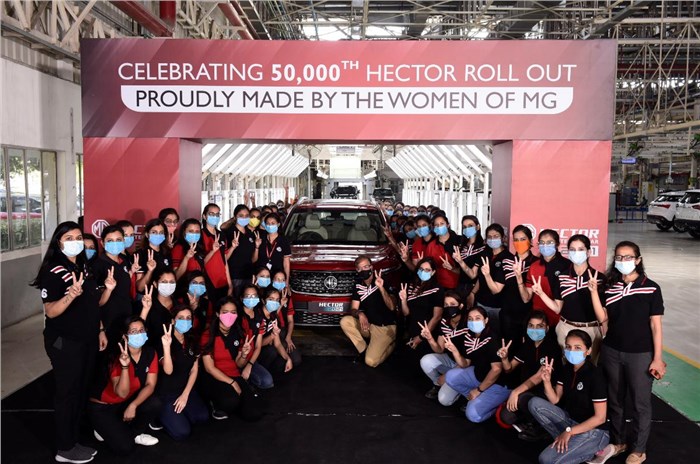 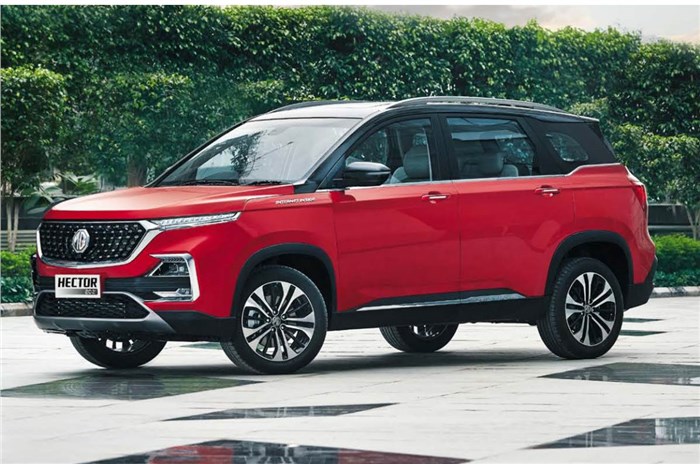 MG Motor India has announced that it has rolled out its 50,000th Hector from its Halol plant in Gujrat. The milestone was achieved in a little under two years since the start of production in April 2019. The carmaker also revealed that the 50,000th SUV was manufactured by an all-women crew.

The company says the initiative has created a new benchmark celebrating diversity – one of the core pillars of the automaker – as women led the end-to-end production. In this first-of-its-kind development, women-only teams were involved in panel-pressing of sheet metal, and welding to painting jobs, as well as carrying out post-production test runs. The automaker has 33 percent women workforce at its facility. MG says that it aims to increase this number to 50 percent in the future.

Speaking on the development, Rajeev Chaba, president and MD, MG Motor India said, “The rollout of our 50,000th Hector by an all-women crew comes as an honour to their contributions and hard work. It also demonstrates that glass ceilings no longer exist even in an erstwhile male-dominated industry such as automobile manufacturing. We believe that it will inspire more women to join the automotive industry in India and abroad.”

Launched in June 2019, the Hector was MG’s first model for the Indian market, with the 10,000th Hector rolling off the line in October 2019.

In mid-2020, the Hector was joined by its 6-seater sibling, the Hector Plus, with the model line-up receiving an update earlier this year. The update brought with it minor styling tweaks and more equipment, along with a 7-seater derivative of the Hector Plus. The most recent update to the Hector saw MG introduce the option of a CVT gearbox alongside the DCT unit.

Aside from the Hector and its three-row derivative, MG also retails the all-electric ZS EV – which recently received an update – and the full-size MG Gloster in India. The carmaker is currently readying to launch the ZS EV’s petrol sibling, the standard ZS, in India. The SUV, however, is expected to go into production with a different name later this year.