To be available in 6- and 7-seat layouts; powered by 2.0-litre diesel engines; 8-speed automatic gearbox standard 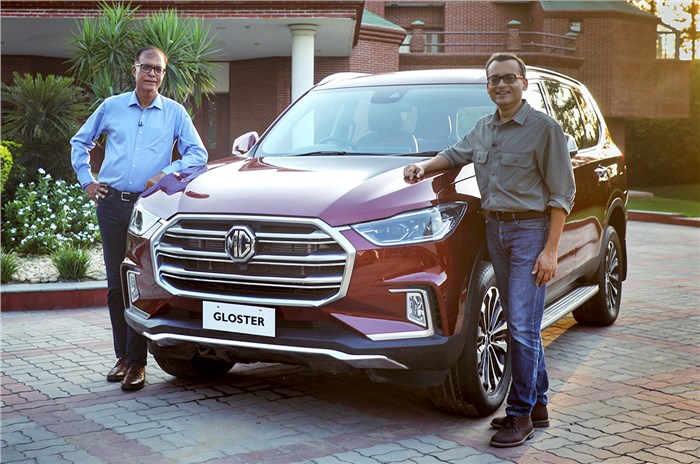 MG Gloster bookings are now open, with the booking amount set at Rs 1 lakh. MG’s full-size SUV will be available in a choice of four trim levels and with either a six- or seven-seat layout.

The Gloster will be available with a two 2.0-litre diesel engine options. The first features a single turbocharger and develops 163hp and 375Nm, while the second is a twin turbo unit developing a meatier 218hp and 480Nm. An 8-speed automatic gearbox is standard, with the more powerful diesel offered with shift-on-the fly four-wheel drive with selectable drive modes. The lower-spec diesel is two-wheel drive only.

Also on offer will be semi-autonomous driver assistance functions. While hands-free parking is featured in rivals like the Ford Endeavour, the Gloster will also get segment-unique tech such as Lane departure warning, autonomous emergency braking, front collision warning and adaptive cruise control.

The Gloster is expected to sit on the higher end of the full-size, 7-seat ladder-frame SUV segment. Key rivals will include the Ford Endeavour, Toyota Fortuner and the Mahindra Alturas G4.

The Gloster is MG’s third launch for the year following the all-electric ZS EV in early 2020 and the three-row Hector Plus. The carmaker is expected to further expand its line-up in the coming year with models such as the petrol ZS SUV and a Maruti Ertiga rival.