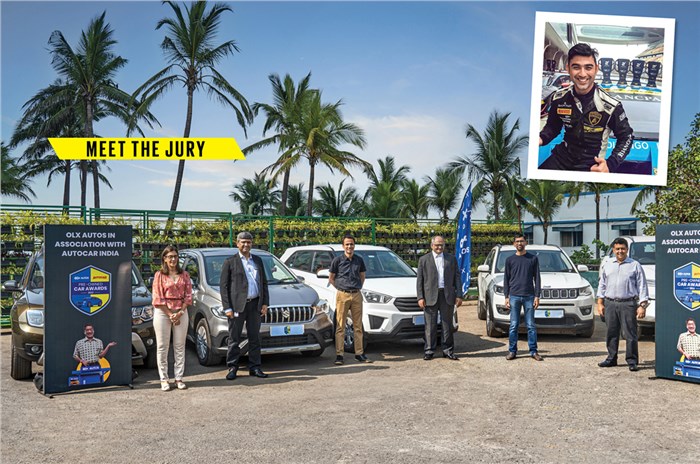 2021 was a year full of disruptions and unpredictability. The auto industry weathered the storm of not just the pandemic-influenced economic slowdown, but the knock-on effect of the chip shortage driving up waiting periods to all-time highs.

In all this, interest in pre-owned cars remained strong and, according to the recent OLX Autos - CRISIL Study 2021, the pre-owned market is expected to clock a healthy growth rate of 15 percent this financial year. Furthermore, it is also expected to grow to a market size of more than 7 million vehicles by the 2026 financial year, from 3.8 million units in FY21. It’s certainly time then for our first Pre-Owned Car Awards.

But how do you judge what makes a car a good used buy? Is it just how affordable it is, or do you also factor in how good a manufacturer’s service network is? And what about the car’s rating for attributes like space and features? Thus, to arrive at a robust model, we got together with a cross section of industry experts and arrived at 10 key parameters.

The parameters included the model’s reliability, its service quality, its brand image, where it lies in its lifecycle and the potential to hold its value during an onward sale. Naturally, the model’s value for money offering, space and practicality as well as the overall package were also important criteria. And lastly, of course, purchase as well as maintenance affordability were also factored in and were data driven by the recently concluded Autocar India - OLX Autos Resale Value study and the Autocar India Maintenance Cost Study.

Vehicles were split based on the volumes available in the pre-owned market, and thus we have one segment for MPVs, two segments for hatchbacks and sedans and three for SUVs. We also awarded the hatchback, sedan and SUV that best held onto its value, picked a winner across segments for the Pre-Owned Car of the Year trophy and had you, our valued reader, also vote in with your ‘brand of choice’ in the pre-owned market. In each category, three contenders were nominated and judges evaluated models between three to five years old; and after much scrutiny, thought and deliberation, we have our winners. The Hyundai Grand i10 proved to be a popular choice thanks to its affordability as well as being a value-for-money offering, with well-built interiors and plenty of modern features that buyers today look for. What’s more, it proved to be the most affordable to maintain of the lot, and coupled with the brand’s widespread service reach, the Grand i10 was a well-deserving winner in the category. 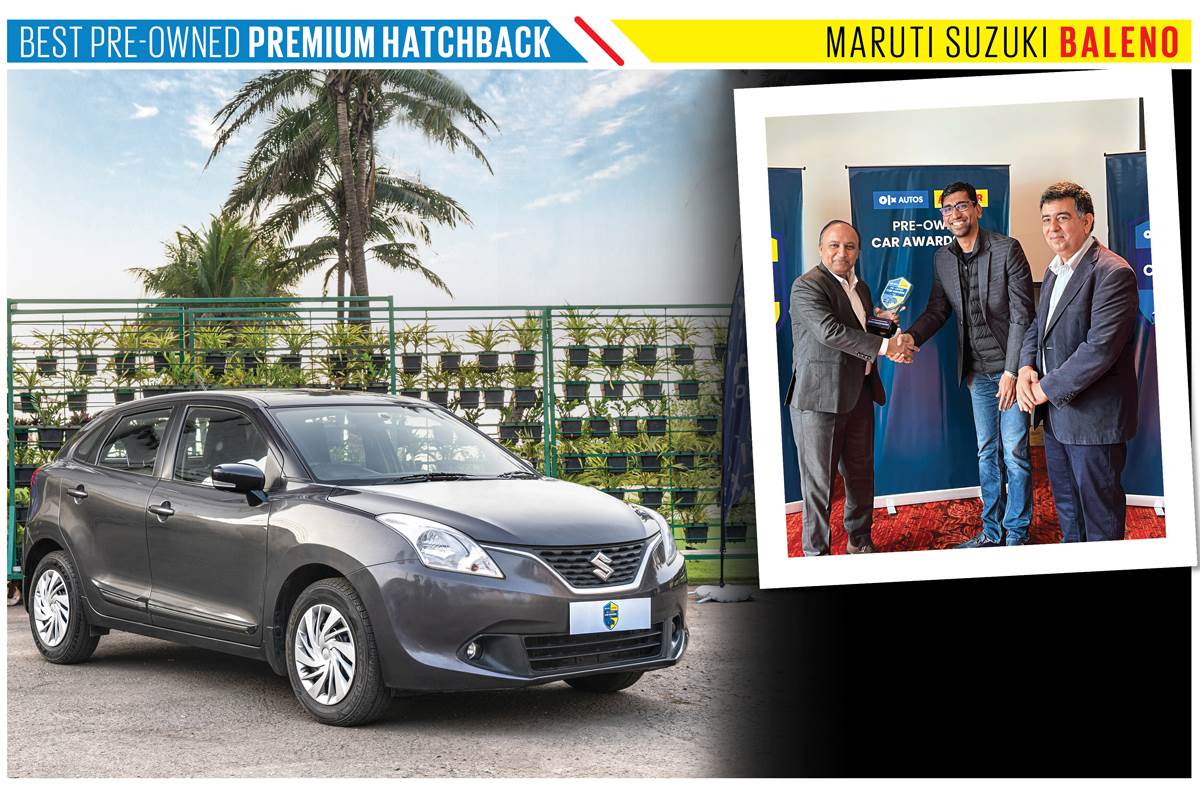 While each car had its strengths in key individual areas, it was the Baleno that took home the crown performing consistently across all parameters. The i20 holds on to its value very well, and while this could help onward resale, used examples are pricey for what is now an older generation car. Maruti’s premium hatchback is relatively newer in its lifecycle and offers all the requisite features and is surprisingly spacious inside. Plus, of course, it’s affordable and topped off with the peace of mind that comes from the Maruti stable. 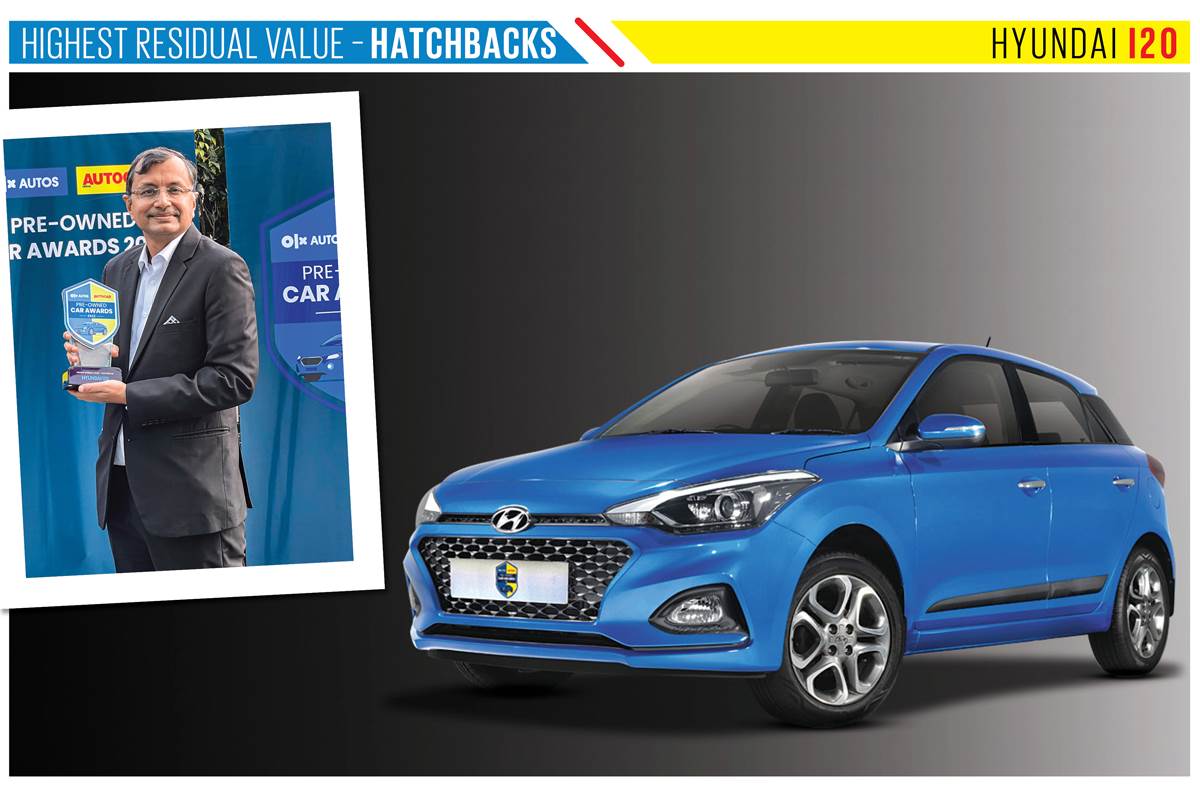 We also awarded the car that best held onto its value over time, and the winner amongst the nominees in the two hatchback segments is the Hyundai i20. The average resale price of the petrol manual variants was considered and the i20 held 89 and 72 percent of its value over three and five years respectively. While this means a higher purchase price for shoppers, it bodes well for the model as it’s a good indicator of its ability to retain value over time, thus helping during a potential onward resale. Honda’s compact sedan may not enjoy the same level of popularity in the new segment as its rivals, but as a used buy, it is a very compelling proposition. It may not be the most affordable used buy – that honour goes to the Xcent – but it’s appreciably cheaper than the Dzire and, interestingly, cheaper to maintain too. What seals the deal is a spacious cabin, a choice of powertrains that includes a particularly nice diesel CVT auto, and, of course, the peace of mind associated with Honda’s reliability. 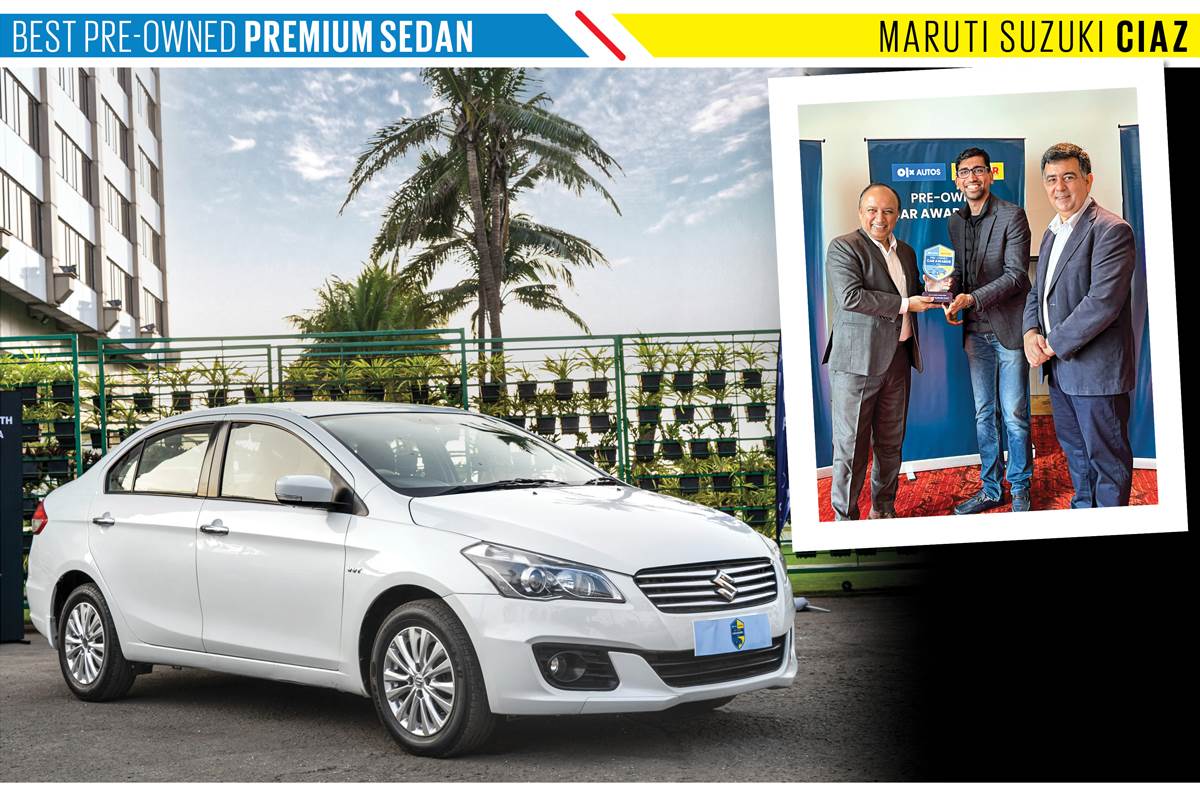 This category worked the judges the hardest, all three contenders put up a spirited case for top honours and calling a winner here was long debated. However, in the end it was the Ciaz that pipped the others to the top spot. While it is the most expensive to maintain, though not by too much of a margin, as a used buy, it’s significantly more affordable to purchase. Furthermore, as a product, it offers all the expected modern features and is spacious and comfortable inside. 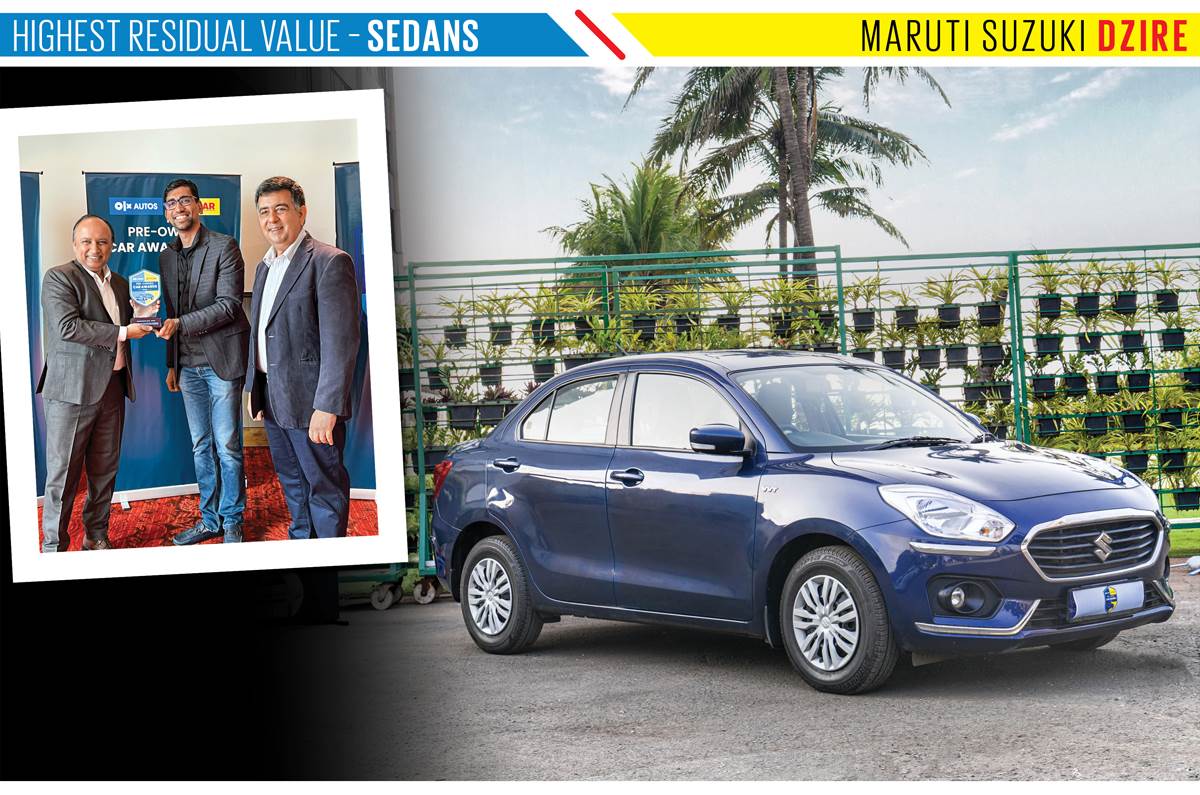 So while its higher average purchase price means the Dzire isn’t as tempting a buy in the pre-owned segment, it helps it win the highest residual value award among the two sedan categories.  Over three and five years, the petrol manual variant held onto an impressive 81 and 67 percent of its original value, respectively. 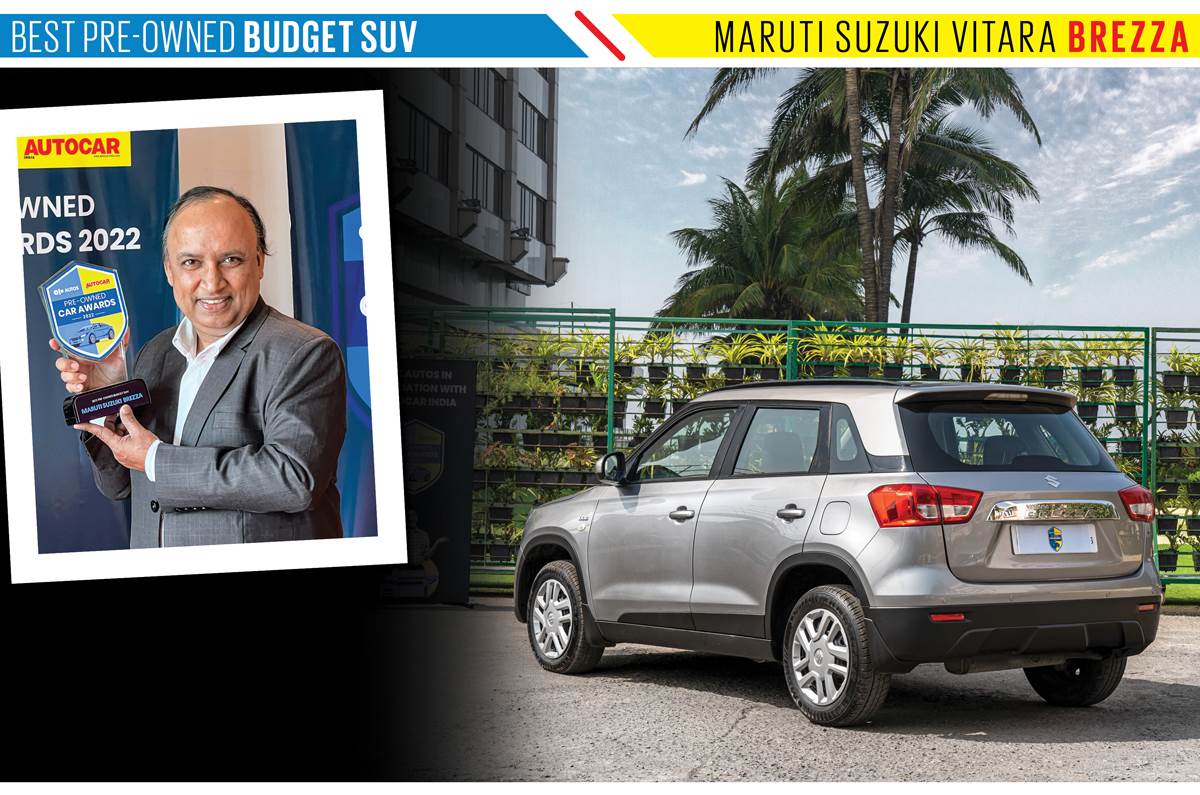 Despite competent rivals in this segment, the Brezza sailed by quite comfortably winning the top honour. Pre-owned Brezzas were the most expensive to purchase, however, the Brezza’s reliability, space, features and the company’s excellent service network are simply too hard to ignore against its rivals. Interesting to note is that three- and five-year-old Brezzas are diesel only and this could be an issue for some buyers, however, newer models are now petrol-driven. Here, too, the winner proved to be the most expensive to purchase, however, against its rivals, the Creta’s refinement, long list of features – that includes the much sought after sunroof – comfortable interiors, excellent brand value and wide choice of powertrains could just not be ignored. Clinching the deal is the fact that its maintenance costs are right about in the middle of the segment, making it a very well-rounded pre-owned buy. 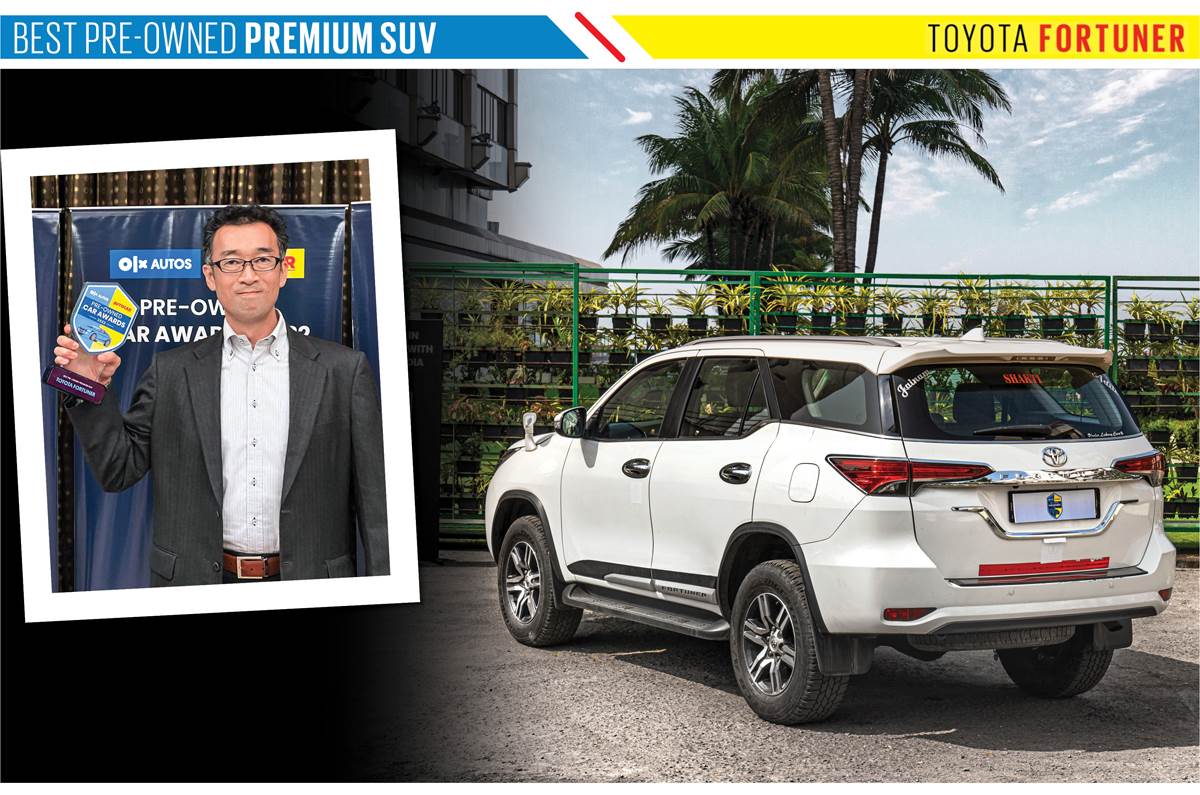 This battle was hard fought between Ford and Toyota, and while the former could have emerged a winner, the fact that it’s no longer in production and the uncertainty around Ford in India did weigh it down heavily. The Fortuner though didn’t win by default, far from it; it proves to be a good used buy with a tough built-to-last-forever feel and the backing and peace of mind with the legendary Toyota reliability. It’s also a very capable off-roader for those who’d like to venture beyond the tarmac. Reflecting its popularity in the new segment, the Fortuner proved to be in demand in the pre-owned sector too, with used car buyers paying as much as 84 and 61 percent of the original value for three- and five-year-old examples. 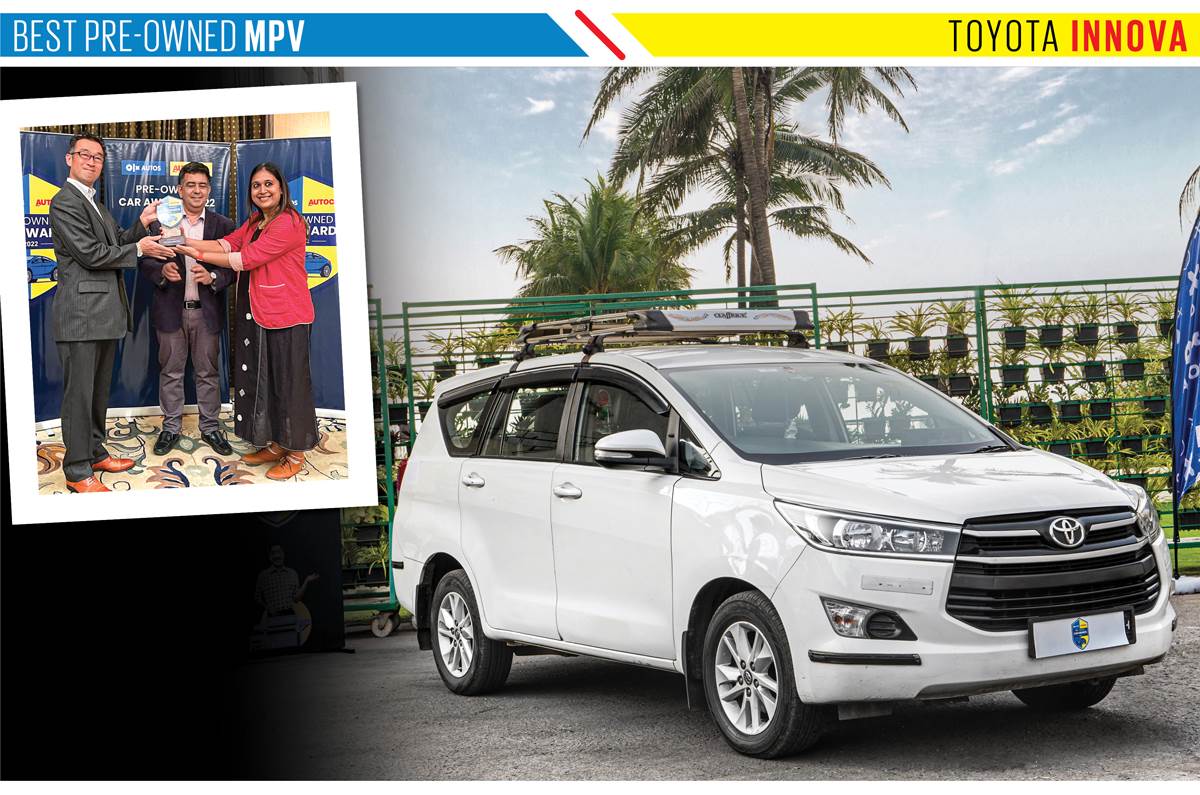 MPVs aren’t a very popular body type in India, however, there are some pretty competent and interesting options available. Of the nominees, it was the Innova that stood on the top step of the podium and while you would have to shell out a lot more for a similar vintage model, you can opt for an older example and would still come away with a vehicle that’s well packaged and spacious, rides well and extremely reliable to boot. While the jury went about evaluating all contenders, we also asked you, our readers, to vote online and tell us from all the nominees, which car brand would you buy pre-owned? And while all brands received a lot of viewer interest, it was Toyota India that emerged a strong favourite, garnering nearly 40 percent of the total votes. Toyota’s well-known reliability and good service network clearly played a part in assuring viewers of a good pre-owned buy. Choosing a winner across all categories is never easy and every nominee proved to be an excellent pre-owned purchase, but the Brezza emerged on top taking home the overall Pre-Owned Car of the Year title. As a pre-owned purchase, Maruti’s compact SUV really does tick all the boxes; it strikes a good balance between purchase affordability and retaining value, it’s affordable to maintain, is backed by Maruti’s widespread network and is one of the fewer Marutis that’s built well, even securing a 4-star rating in the Global NCAP crash test. As a product itself, it’s spacious, rides well and is well equipped too; not surprisingly, it secured the Autocar India Car of the Year award in 2017. Truly a well deserved ‘Pre-Owned Car of the Year 2022’.