A detailed study on the overall cost of maintenance of cars over 60,000km starting with Premium and Executive SUVs. 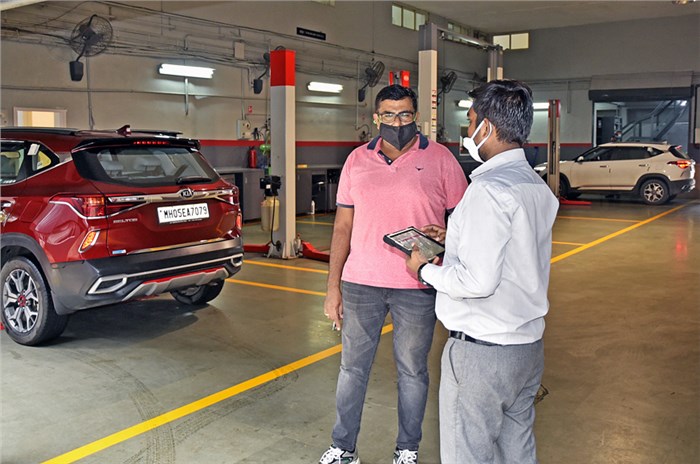 ‘Kitna deta hai?’ – that’s something everyone wants to know, but how much do you spend on the maintenance of your car? Service bills may only come every few months, but they can be big and they all add up.

So, to give you an idea of just how much you’d spend maintaining your car, we’ve designed our first ever ‘Maintenance Cost Study’. And it’s not just the cost of spares or one service alone that we’ve analysed, but the total cost of service parts, their service life, the labour rates as well as the service intervals of each car, extrapolated over 60,000km.

For most owners this would come up at around the 5-year mark, and so this study will give you a very good insight of the cost you’d incur over a typical ownership period.

Over the years, our ‘Spare Parts Study’ has compared the cost of typically consumed parts across three baskets of service, mechanical and accident repair, thus giving you a very good insight into the likely expenses you would incur. But this Maintenance Cost study will give you an even better picture.

Arriving at a model that is fair and can be uniformly applied across vehicles is quite tricky though. Some vehicles may have a longer service interval (in kilometres) but you may be called in for a service periodically, irrespective of the mileage you’ve covered. And even then, some brands will allow you to extend the service life of certain parts if the condition is found to be ok.

Thus, in a bid to keep things uniform and reduce complexity, the study takes into account the cost of the service parts, the frequency of their change and the cost of associated labour for services undertaken up to the 60,000km mark, as per the manufacturers’ recommendations.

This segment is sub-divided into two classes of vehicles – monocoque SUVs like the Honda CR-V, Volkswagen Tiguan Allspace and Hyundai Tucson; and body-on-frame SUVs like the Mahindra Alturas G4, Toyota Fortuner and Ford Endeavour.

The petrol competitors include the MG Hector, Jeep Compass, VW T-Roc and the Skoda Karoq, all of which use turbo-petrol engines. In the diesel camp, three out of the four competitors, namely the Compass, Hector and Tata Harrier, are powered by the same 2.0-litre FCA diesel engine, while the fourth rival, the Mahindra XUV500, uses an in-house 2.2-litre powerplant.