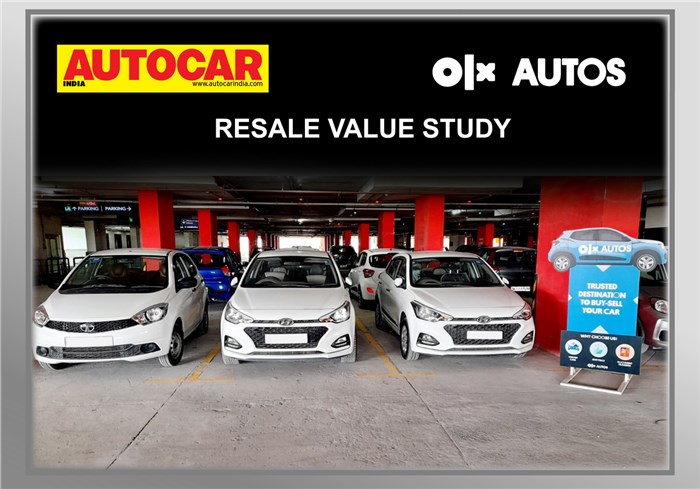 While new car buyers want to know the answer before they buy a particular car, used car buyers also ask the same question when trying to figure out how much to pay for a pre-owned model. Of course, resale value is affected by numerous factors, both macro and micro. Chief among macro factors is the current market demand for a new model – higher the demand for the new car, higher the resale value for the old. Other macro bits affecting value are a manufacturer’s reputation, fuel costs and government taxes. There are various micro factors too, like the condition of the car, the number of previous owners and the mileage covered.

Thus, expectedly, there exists a lot of ambiguity about the value of a used car and correspondingly, a particular model’s residual value. So, to gain a meaningful insight into the actual residual value of each model, we ventured forth with a used car study and tied up with OLX Autos, India’s leading used car portal.

Commenting on the study, Amit Kumar, CEO, OLX Autos India said “The used car or pre-owned segment in India, in the last two years, has expanded tremendously, driven by the increased preference for personal mobility post-pandemic and the increasingly long waiting periods for new cars. Thus, a study indicating the actual resale value of a used car is very timely and helpful for the consumers to make their car buying decision.”

To arrive at the resale value, we followed a very clear and structured path, with the main principle being that values would be based on actual transactions and not just limited to listed prices or depreciation algorithms. Elaborating on this Amit said “At OLX Autos, we have the largest used car classifieds listing platform, with more than 3 million listings in a year on the website, and we have Pan-India data from more than 150 OLX Autos Retail centres.”

OLX Autos is India’s leading used car portal and offers a bevy of services like online listings, on-the-spot purchase and resale of used cars, along with vehicle financing, insurance and warranty. As part of the world’s largest classified business group, OLX Autos sees over 3 million used car listings on its website and physical stores across the country in a year, thus presenting a very sound base for this study. The data for the study is gleaned from these transactions and we followed a clear and precise methodology as below.